PQube NanaOn-Sha and INiS J are back at it again with more information in regards to Project Rap Rabbit, this time in the form of an early gameplay concept video.

Project Rap Rabbit is the upcoming spiritual successor to the famed, hip-hop rhythm game, Parappa the Rapper. Project Rap Rabbit’s gameplay was revealed during an exclusive live stream on the games Kickstarter page. During the stream, Masaya Matsuura and Keiichi Yano showcased the gameplay demo, while speaking at length in regards to the design of the upcoming game. 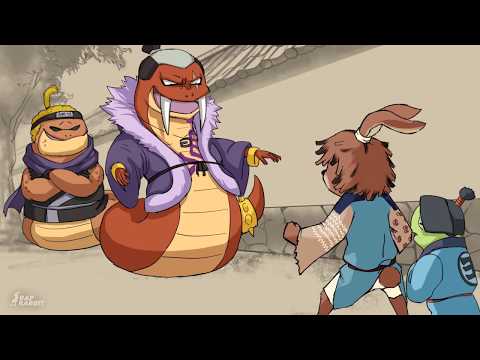 They specifically talked about the branching rap mechanics the gameplay video highlighted and how they plan on furthering expanding on it during development.  The gameplay shown off was more a proof of concept, rather than anything indicative of what the final gameplay will be like. The crowdfunding for the upcoming game is still live as of the time of the posting of the video, and that the final game should have a great deal of polish to it, even still the gameplay concept shown off below contains a very distinct Japanese aesthetic that oozes with style. Project Rap Rabbit currently has no release date set, but is planned for release on the PlayStation 4 and PC via Steam.