During E3 week, PlayStation 4 owners around the world got the chance to play through the Beginning Hour demo of Resident Evil VII: Biohazard that was uploaded onto the PlayStation Store. Taking place in an old farmhouse, the game plans to move away from zombie hordes by heading over to the terror and inhumane horror of being stalked in a rundown mansion in the American South. Now, a brand new expanded demo is headed onto PlayStation 4 around the world on Sept 15, 2016.

In the Twilight Version update, players will get the chance to explore more of the rundown Baker plantation originally revealed in the Beginning Hour demo. Whether this demo expands on many of the unsolved questions of the first release is unknown. When the demo drops however, the update will be free. And it won’t require PlayStation Plus to access either, according to the official PlayStation Blog. 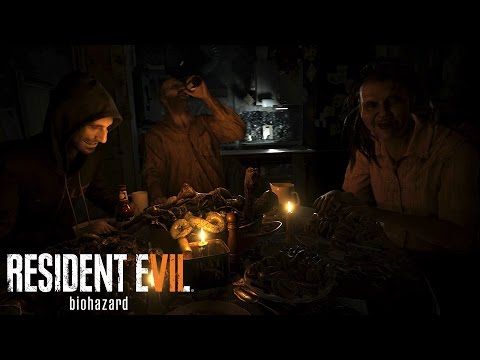 Alongside the Twilight Version demo, a new trailer dropped as well: “The Bakers.” According to VG24/7, this isn’t intended to be a one-to-one cutscene from the game. Rather, it reveals a bit more of the horror behind the cannibalistic Baker family that players will be exposed to throughout the main story.

It’s good to see the Resident Evil series returning to its roots. Although Resident Evil 5 and 6 never strayed too far from the psychological horror that made the series so popular, VII seems to be a reimagining of the grotesque and troubling setting that made the original game take off. Not to mention, it’s great that Capcom is giving fans the chance to explore the world in the coming months to the game’s release. Demos are rarer than ever in today’s world, so Resident Evil VII: Biohazard‘s approach should not be taken lightly.

Anyway, expect to learn more about the Baker family when the game ships Jan 24th, 2017.

What To Watch From The Crunchyroll Summer 2022 New Anime Lineup