The Sega Saturn has become an endangered console. The disc drives on the 20-year-old console have been beginning to die out, rendering them useless. However, one man took it upon himself and managed to crack the Sega Saturn’s DRM, allowing games to be uploaded to the console via USB.

James Wah is a coder known online as Dr. Abrasive. Wah is best known for creating the Drag n’ Derp, a Game Boy cartridge that allowed users to port files onto it via USB. Wah originally began to work on the Saturn in 2013, attracted to the console’s multi-sound channel chip.

The reason it took so long for anyone to crack the Saturn is due to the console’s copy-protection system, which required games to have a physical mark to be read on the disc drive.  Wah had to find a way to trick the console into releasing the data, as well as find software that would emulate the disc drive via usb. This began a long, multi-year process of reverse engineering.

“These consoles, the CD drives are slowly dying. And especially in the west, it was never that popular a console that generation. So finding spare parts is actually a little bit difficult,” says Wah. “Ultimately I’d like to help homebrew become accessible and also more powerful with a USB interface, but I’d like to see it with a place in archiving.”

You can check out a video detailing Wah’s extensive process, as well as footage cracked Sega Saturn below: 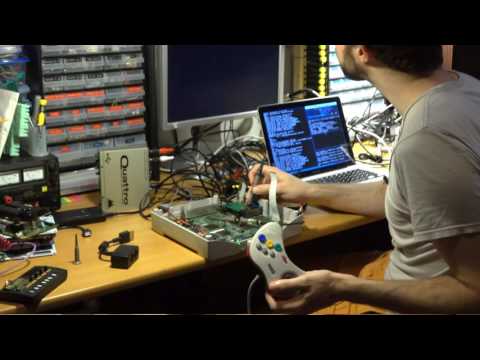