While it was bound to happen eventually, Sega has finally shown off footage of classic Sonic in the upcoming Sonic Forces.

The gameplay trailer is a short affair, lasting 1:39, and spanning one act in a revamped “Green Hill Zone.”  Familiar badniks with updated visuals are present as well with a redesigned Moto Bug, along with Piranha, who retained most of his classic look.  To further fuel the nostalgia, the trailer ends with the classic spinning sign like always.

Sonic Forces was announced in 2016 with the retro inspired Sonic Mania announcement coming shortly after.  It wasn’t until 2017 that players got to see any gameplay at all for Sonic Forces, though even then, it was a very short clip. 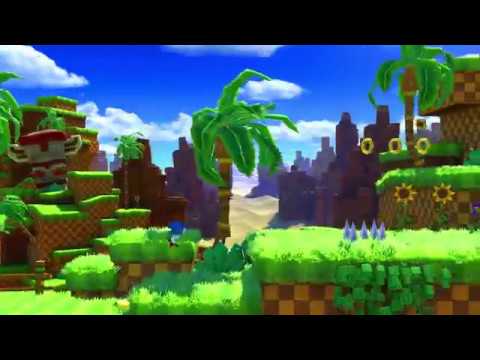 Sonic Forces looks to be borrowing from Sonic Generations which provided both 3D and 2D gameplay options across various levels from the blue blur’s past. With that being said, Generations was more of a celebration of the hedgehog’s past, while it’s yet to be seen exactly what Forces intends to be.  Green Hill Zone is such a series mainstay, that it hardly reveals what to expect, except that the game looks great and the 2D levels look massive.

Fans are clamouring for anything Sonic the Hedgehog, especially classic Sonic, after Sega announced the delay of Sonic Mania last month.  The game is set for a holiday release, but a little bit of retro-inspired gameplay can go a long way to tide over some fans who haven’t seen a new 3D sonic game on home consoles since Sonic Boom: Rise of Lyric in 2014.