Taking on World War II as an elite sniper, and eliminating key figures in the war is one reason the Sniper Elite series is so exciting to people. Continuing that tradition, Rebellion Entertainment has just announced that players will once again be able to take down the Führer, Adolf Hitler in a special mission titled Target: Führer.

Target: Führer will take players to an expansive coastal environment. This new area will include a U-Boat facility along with a selection of elite Nazi troops, along with environmental hazards standing in your way.

Designed for 1-2 players, this mission will test players to find all the ways they can take down the Führer, in a repayable and enjoyable mission. Offering hours of challenging gameplay for players, the Target: Führer mission is unique bonus for everyone that pre-orders the digital and physical release of the game, along with it being available at launch for purchase for anyone that did not pre-order. 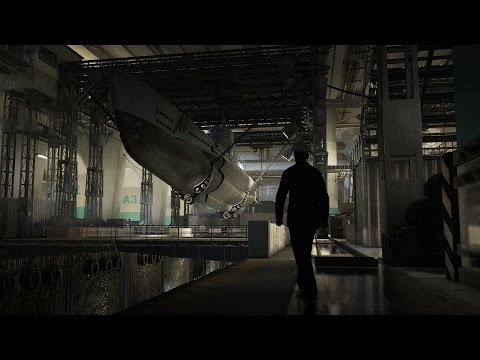 Sniper Elite 4 was originality slated to hit 2016, but due to the fact Rebelion already had Battle Zone coming out for PSVR they had to make the hard choice and push it into 2017. As Rebellion co-founders Jason and Chris Kingsley outlined back in June, “When we revealed Sniper Elite 4 back in March, our plan was to release it at the end of 2016. However, we now know Battlezone will release in October as a launch title alongside PlayStation VR.”

Writer Alex Avard described the section he played of Sniper Elite 4 at E3 as “much larger and more open than anything I had experienced in a Sniper Elite game before. There was a lot of ground to cover between me and my targeted bridge, and I had multiple ways of getting to either side of it.”

Sniper Elite 4 places players in the shoes of series protagonist Karl Fairburne as he embarks on a mission to assist the Italian Resistance and free the country during World War II. Sniper Elite 4 is slated for a February 14, 2017 launch on the PlayStation 4, Xbox One, and PC.