Jordan Biordi | February 3, 2017
Beginning today and lasting until Feb. 5, 2017, a special Sniper Ghost Warrior 3 beta is available worldwide for PC players on Steam, offering early adopters two missions that will slake their appetite for the game.
Announced via press release, players take control of Jon North and will be dropped into expansive open-world Republic of Georgia to complete two missions: “Cut off” and “Blockout.” In “Cut Off”, Jon must infiltrate a large antenna array and reposition the dishes to intercept their signal, giving him a better chance of finding his brother, Robert. While in “Blockout”, Jon must take out Ivan Krustchev, a dangerous war criminal in an abandoned apartment complex surrounded by guards.
The game emphasizes the freedom players will have to complete their mission, be it taking out targets from a distance with the titular sniper rifle, sneaking past every guard and subduing the main target, or running in guns-a-blazin’ for a more high-octane experience.
CEO of CI Games, Marek Tymiński expressed excitement for the beta, saying, “We’d like to give everyone who registered for the beta a big THANK YOU. You have to throw away everything you know about the series, since Sniper Ghost Warrior 3 is a redefinition of the franchise developed from scratch and with a much-higher budget,”
Tymiński goes on to say, “This beta includes two single-player missions from the beginning of the game, and is just a glimpse of what you’ll experience in the full open-world game. Every bit of feedback you give is invaluable to us, and we’ll listen closely to all comments. We’re committed to making Sniper Ghost Warrior 3 one of the best games you’ll play this year, and will do everything we can to meet your expectations. It’s a real treat to know the game will soon be played by so many of our fans.”
CI Games has released a new video highlighting what players will get to experience in the beta. 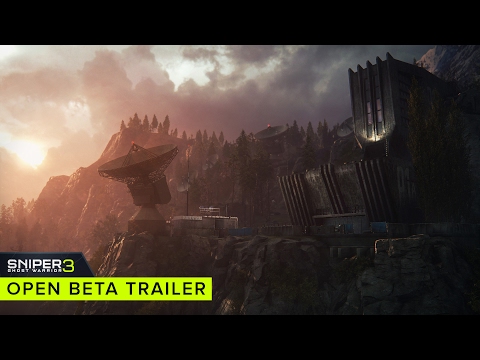 Players can still register (until the end of day) at http://sniperghostwarrior3.com/beta.
File Under: Beta, CI Games, PC, Sniper Ghost Warrior 3