With all the Final Fantasy XIV hype, it felt like Square Enix sort of forgot about another one of their highly anticipated titles, Star Ocean: Integrity and Faithlessness. Well, no need to worry now, as they’ve released almost an hour and a half worth of content on their YouTube channel.

Now, the video is in Japanese, so it’s kind of hard to decipher exactly what they’re saying, but we’ve found some talking points regardless. The first is the game looks stunning. Like most Square Enix titles, they make the most of the next gen hardware they run on, while still capturing the spirit of Japanese art styles. The party is noticeably huge. There are seven playable characters at any given time, and each person is visible even outside of battle. The reason for this is to give players a feeling of companionship. The combat style stays true to the series by staying very active, with each character moving around at the same time. Gamers can jump from character to character as well. 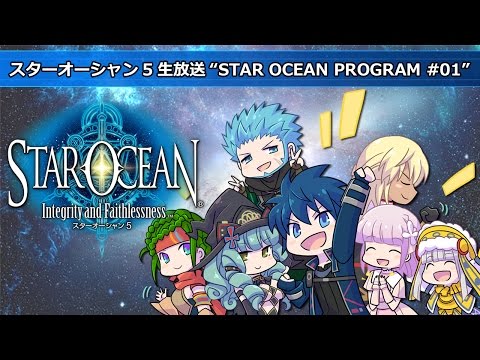 Aside, from that, details for the Ultimate Box were shown. Packed in with the game is a statuette, art book, along with a ton of other Star Ocean swag. As of now, there is no North American release date, but Japanese players can pick this title up on Feb. 25 2016. For some more details, we’ve included some scans from Famitsu.