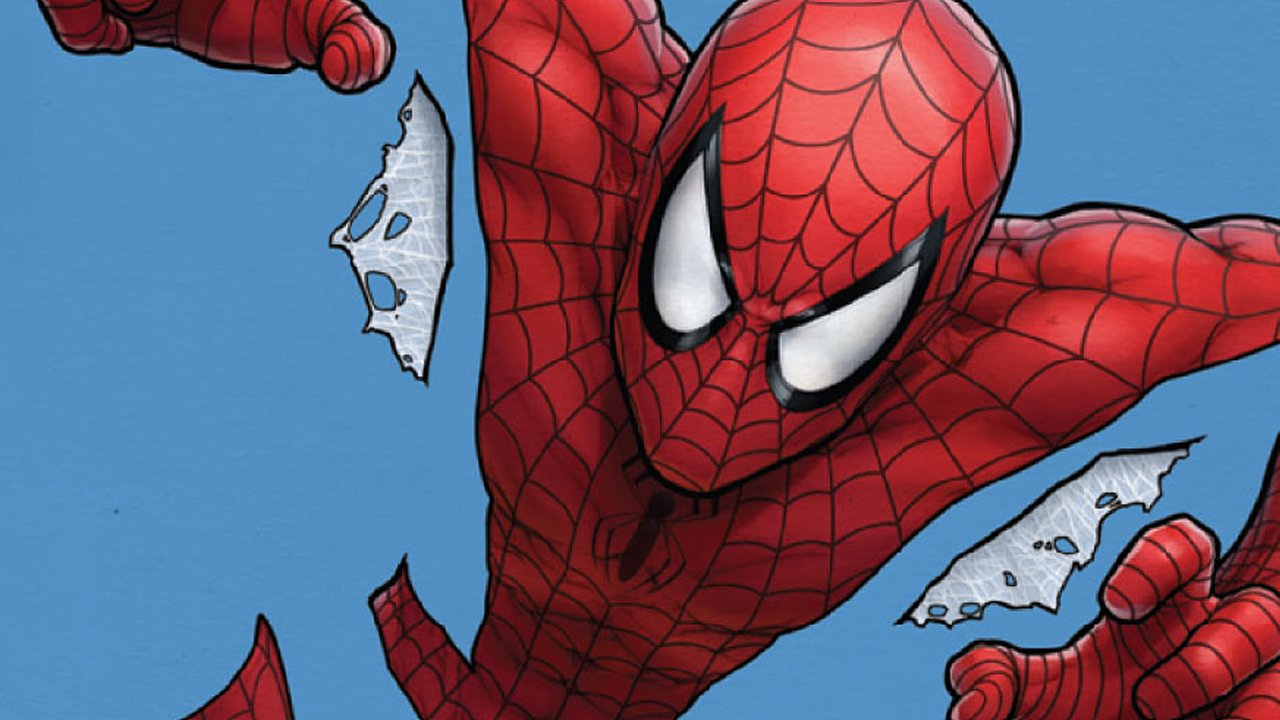 This issue marks the second “Point One” issue of Amazing Spider-Man that Marvel has published, yet sadly it doesn’t reach the same level of quality that the first one did.  Last year’s “Point One” issue focused on the origin of the Flash Thompson version of Venom, which directly spun off into its own ongoing series, Venom.  This year’s issue focuses on the identity of the mysterious scientist in Lab #6 at Horizon Labs, and explores further the details of this character’s current business at the lab.  It’s already been revealed in recent issues that it’s none other than Dr. Michael Morbius inside lab #6, otherwise known as Morbius the Living Vampire, and this issue delves further into Morbius’ story.  Considering how enjoyable last year’s “Point One” issue was, this issue was disappointing, with Slott/Yost not delivering their best script.

Morbius wasn’t the only character getting some face time in this issue, as Uatu Jackson, the youngest genius working at Horizon Labs, is one of the main players in this issue.  The reader learns more about his past, and his obsession with monsters, in particular monster hunting/fighting/slaying, which leads to him teaming up with Spider-Man to take down Morbius when he starts acting out, leading to a very public revelation as to who has been spending time in the secret lab.  Uatu is a very precocious character, in how he is presented, and I’m still not all that fond of the character, although it’s clear that Yost and Slott have tried hard with this issue to further develop the character, give him some depth, and also win fans over with the character.  One thing I do appreciate about Slott’s current tenure on the book is how he is developing the characters who work at Horizons Labs, and although I personally didn’t much like Uatu Jackson, I at least appreciated that there was some work put into developing the character beyond being just a one-note charicature, as opposed to the nameless characters that inhabited Midtown High during JMS’ tenure on Amazing Spider-Man.  The ending of the issue was perhaps my favourite aspect of it, as it linked together Morbius with the Lizard, a character not seen in a little while, but who has gone through some dramatic changes since the Brand New Day era began for Spider-Man just a few short years ago.  In fact, it’s quite easy to forget that Morbius’ first appearance in comics was in a storyline that dealt with the Lizard, so seeing the two characters together once more was actually a great idea by Slott/Yost.  Their similarities also make their association quite intriguing, being that they are both brilliant scientists who have been turned into villains because of science experiments gone awry, neither one truly villainous, but more misunderstood monsters.  If the “Point One” issue was indicative of any particular direction for this book in the future, I do hope that we get to see more of the Lizard and Morbius interacting in the near future, once Slott’s epic “Ends of the Earth” storyline has wrapped.

Matthew Clark provides the pencils for this issue, and although I’m surprised that they didn’t go with a bigger marquee name for an issue with increased exposure like this one, with it being part of the “Point One” initiative, he did do quite a good job on the artwork.  Morbius can be quite a difficult character to nail visually, and yet he did a great job at highlighting both his human features, and then contrasting them with his more otherworldly and demonic features.

Although this issue of Amazing Spider-Man wasn’t as strong as the book has been over the past few issues, it still had plenty of merit, and also gave Spider-Man a new wrinkle with regards to his freedom at breaking into his lab at Horizons Labs.  The potential for more stories in the future with Lizard and Morbius also makes me quite excited, and hopeful for what Slott could do with the character given a longer storyline and not just a one-off story.

Although this issue of Amazing Spider-Man wasn’t as strong as the book has been over the past few issues, it still had plenty of merit.