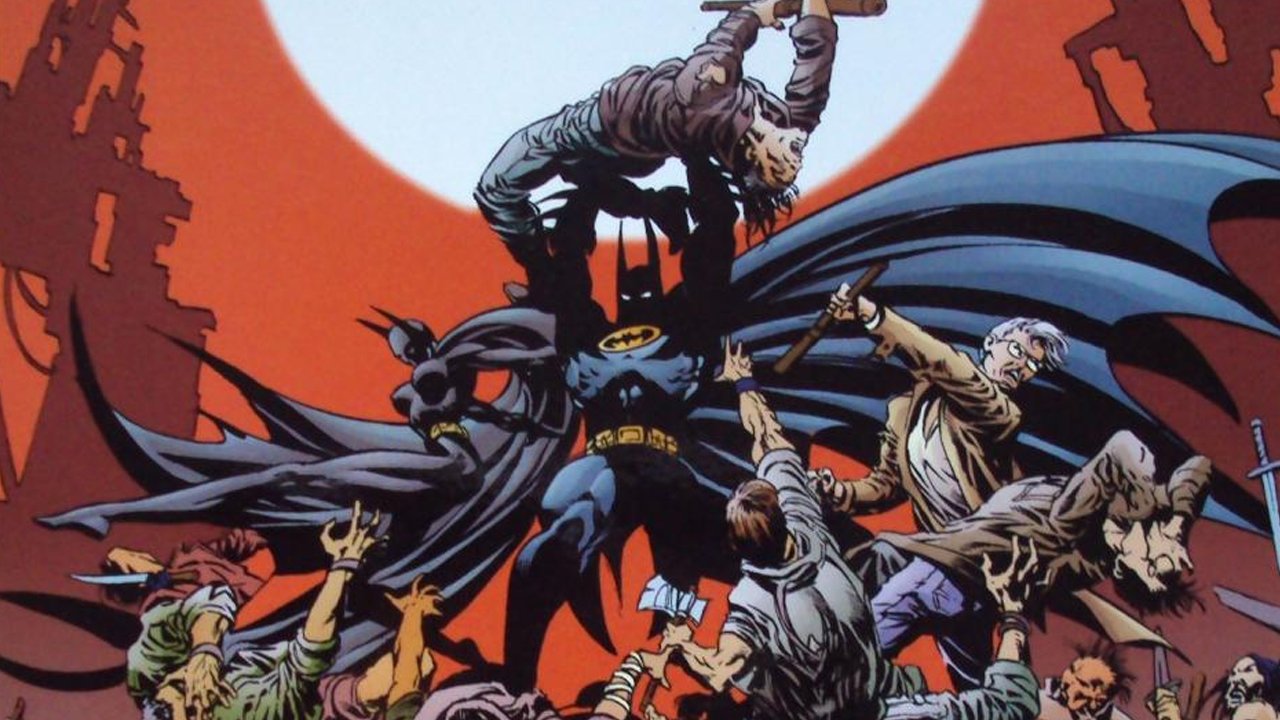 This new Batman: No Man’s Land volume continues DC’s effort towards reprinting the entirety of the No Man’s Land storyline, as the previous tpbs had only managed to  cover a small amount of the overall storyline.  For readers like myself, who weren’t really into the Batman comics of the time, and missed out on the majority of the storyline, this is a fantastic opportunity to read the entire storyline from start to finish, including all of the various tie-ins in the Bat-family of titles, in chronological order.  Not only that, but these new collections are an excellent value, packaging twenty issues together for just $34 CDN.  This is the second of four collections reprinting the entire storyline, you really get the most bang for your buck, and get to relive a milestone Batman storyline.

This second volume continues the story of Batman trying to take back a Gotham City that has fallen upon desperate times, as it has been cut off from the rest of the United States.  This volume shows the continued struggles that Batman goes through, as he starts to move forwards with his overall plan to save his beleaguered city, which includes calling his allies back into Gotham, to put his plans into motion.  Because this collection features more titles becoming involved with the No Man’s Land event, the overall storyline does move a bit slower than in the first volume, as Nightwing, Azrael and Catwoman have stories unfold here in this volume.  This volume also shows the first appearance of Cassandra Cain as Batgirl, as Huntress gives up her short-lived claim on the name and the costume.

With so many titles featured in this volume, there’s a variety of different writers involved, and yet there’s a remarkable level of consistency in the writing.  The depiction of Gotham City is very consistent throughout, and that’s extremely important in making this volume thoroughly engaging and interesting.  The volume doesn’t stand so well on its own, obviously, as it’s the second volume out of four, and that fact is very evident in how some of the characters are portrayed.  There’s a lot going on throughout this storyline with Gordon and Batman’s relationship, sadly this volume doesn’t contain a lot of their interactions, compared with the first volume.  Batman plays quite well against his allies in this volume, and it’s part of what makes this volume work quite differently than the first volume.  The first volume had Batman taking on the enormity of the task ahead of him solo, but with this volume we  get to see how he interacts with other members of the Bat-family, and how they endure the changes that No Man’s Land has wrought upon Gotham City.  A particularly well-written story features Poison Ivy and Clayface, as it showed Poison Ivy’s evolution into more of an elemental character as opposed to her more traditional portrayal as a character.

The artwork here is quite varied, as can be expected, but there’s some great work here by names who weren’t as famous or as well known as they are now, and shows the evolution of their artwork over the years.  Some of these artists include Scott McDaniel, Mike Deodato Jr. and Dan Jurgens, among many others.  The artwork has a fairly consistent feel and vibe to it, just like the writing, and it helps to maintain a certain visual look and style to the fallen Gotham City.

For Batman fans who never got the chance to read the entire Batman: No Man’s Land storyline, this is a tremendous opportunity to read the entire storyline from start to finish, as it was originally intended, instead of reading it slowly, piece by piece, over the course of a year.

For Batman fans who never got the chance to read the entire Batman: No Man’s Land storyline, this is a tremendous opportunity to read them.