Mario And Donkey Kong: Minis On The Move (3DS) Review 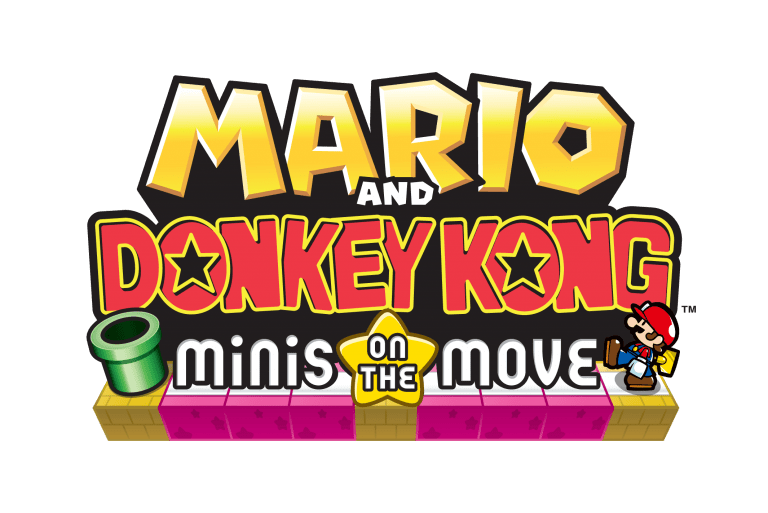 Most people have forgotten that Mario’s origin was as a Donkey Kong hunter in a simple yet punishingly challenging arcade game, but not Nintendo. Ever since the awesome/underrated 1994 Gameboy Donkey Kong revival, the big N has offered Mario a side career in rather brilliant puzzle games based on the Donkey-stomping precision of his original adventure. Over the years, it’s evolved into a strange puzzle series centered on wind-up Mario and Donkey Kong toys barely reminiscent of where the franchise began. Quality has yet to dip though, and now that Mario And Donkey Kong: Minis On The Move has hit the 3DS’ eShop the time has come for old school gaming fans to unite in their love of brain-teasing challenge combined with simplistic, but maddeningly precise gameplay. It might be just a half step behind the DLC masterpiece of the final DS chapter in this franchise Minis March Again (which is also on the eShop, so why don’t you go ahead and buy both you silly person), but Minis On The Move is just the thing to turn long commutes into furious blasts of gaming bliss. And honestly, what more could you want out of a downloadable 3DS title?

Like any puzzle game, the core is deceptively simple, yet filled with console smashing challenge. Essentially it breaks down like this, on the top screen in 3D is a simple maze with a wind-up mini-Mario that needs to be guided from a pipe starting point to a star-shaped exit. You complete that journey with the stylus on the touch screen. There’s a map of the course with empty slots that need to be filled with puzzle pieces with various directions. Those puzzle pieces drop at random (like Tetris) and you have to think fast to plug them in the right place, destroy them, or blow up previous paths to fill in with new puzzle pieces. It’s simple and works, but where frustration sets in is the random nature of the pieces that fall into place. You’re at the mercy of the designers’ random generator and at times it can be incredibly frustrating when the right piece never seems to come at the right time. There are 60 levels in this Mario’s Main Event as well as a few variations on that theme that are unlocked gradually by playing through the main mode. 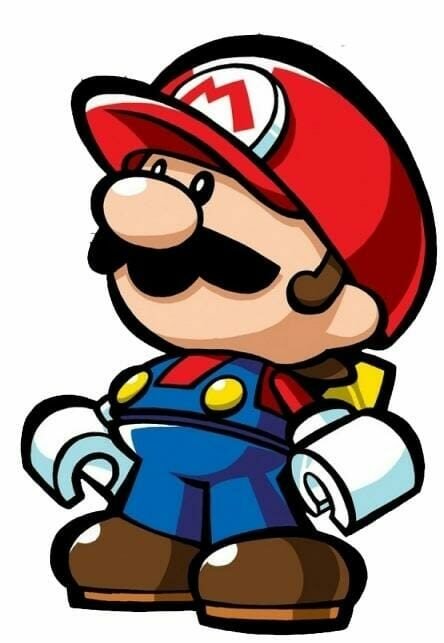 Other versions include the Princess Peach starring Puzzle Palace that’s the same basic template without the random selection of puzzle pieces. Here you get the exact squares you need from the start, but have to figure out the right order and layout under tight time constraints. The next version is the Toad starring Many Mini Mayhem. Here you get all the pieces up front again, but with a variety of minis to keep track of at once, it’s dramatically more challenging and requires players to delete and swap blocks while keeping track of a number of wind-up minis at once. Finally, there’s the Donkey Kong centric Giant Jungle, which has the same random piece generator as Mario’s Main Event, but dramatically larger levels to navigate through. It’s definitely the most difficult/frustrating of all the main modes and should only be played by those who plowed through the other modes and demand a greater challenge (and I salute those folks for their gaming prowess, this one is going to be challenging the crap out of me for quite some time).

Finally, Nintendo has also thrown in a few bonus mini-games that take full advantage of the 3D screen that was this system’s initial selling point before the 3D movie overload. These games include two slingshot puzzle games where mini-Marios must be flung from the touch screen to the 3D screen to smash objects and puzzle blocks for sweet, sweet points. Then there are two crank games where players develop carpal tunnel syndrome by turning a crank at high speed with the stylus to fish for Shy Guys in the sky or raise Mario on a platform to gather coins and dodge bullets. All the mini-games are as simple as they are goofy fun and play off the possibilities of pretty 3D gaming fairly well. None of them would be a unit-shifter on their own, but combined with the far more challenging main puzzle modes, they make for quite an entertaining little package.

Make no mistake, Mario And Donkey Kong: Minis On The Move is not a deep or groundbreaking game. It’s a collection of variations on classic puzzle games made by Nintendo and others, given a shiny new visual facelift for the fancy pants Nintendo handheld system. The designers haven’t really done anything we haven’t seen before; however, they have given old designs fresh blood and slathered the game with patented Nintendo charm and humor. If you’re looking for a handheld timewaster to get you through waiting rooms and public transportation, Minis On The Move is an app that should be added to your 3DS immediately. If you don’t like simplistic puzzle games, then it’s best just to pretend that this thing doesn’t exist. Of course, if you don’t like classic puzzle games like Tetris, chances are that I don’t like you. So pick your preferences accordingly.

If you’re looking for a handheld timewaster to get you through waiting rooms and public transportation, Minis On The Move is an app that should be added to your 3DS immediately.
REVIEW SCORE
9
File Under: Nintendo 3DS