After taking my first look at Mystery Castle, I just had to give it a go. It had a certain Zelda-like charm to it, and the art style, while a bit rough, showcased a lot of different environments. The only problem is how much work it takes to get to those interesting bits. With 180 levels in all, there’s quite a bit of grinding to get to “the good stuff,” and even then, my interest started to wane early on.

Mystery Castle is very comfortable in letting you know what it is almost right away. You’ll control a wizard named Monty by way of merely walking around, grabbing keys and items on the way to each exit. Players will have to grab gems along the way to open said exit for each stage, but as a general rule early on, that’s it. Think of it like a take on Chip’s Challenge or the Adventures of Lolo series. Eventually you’ll grab items like lanterns and bombs, but the idea remains the same. 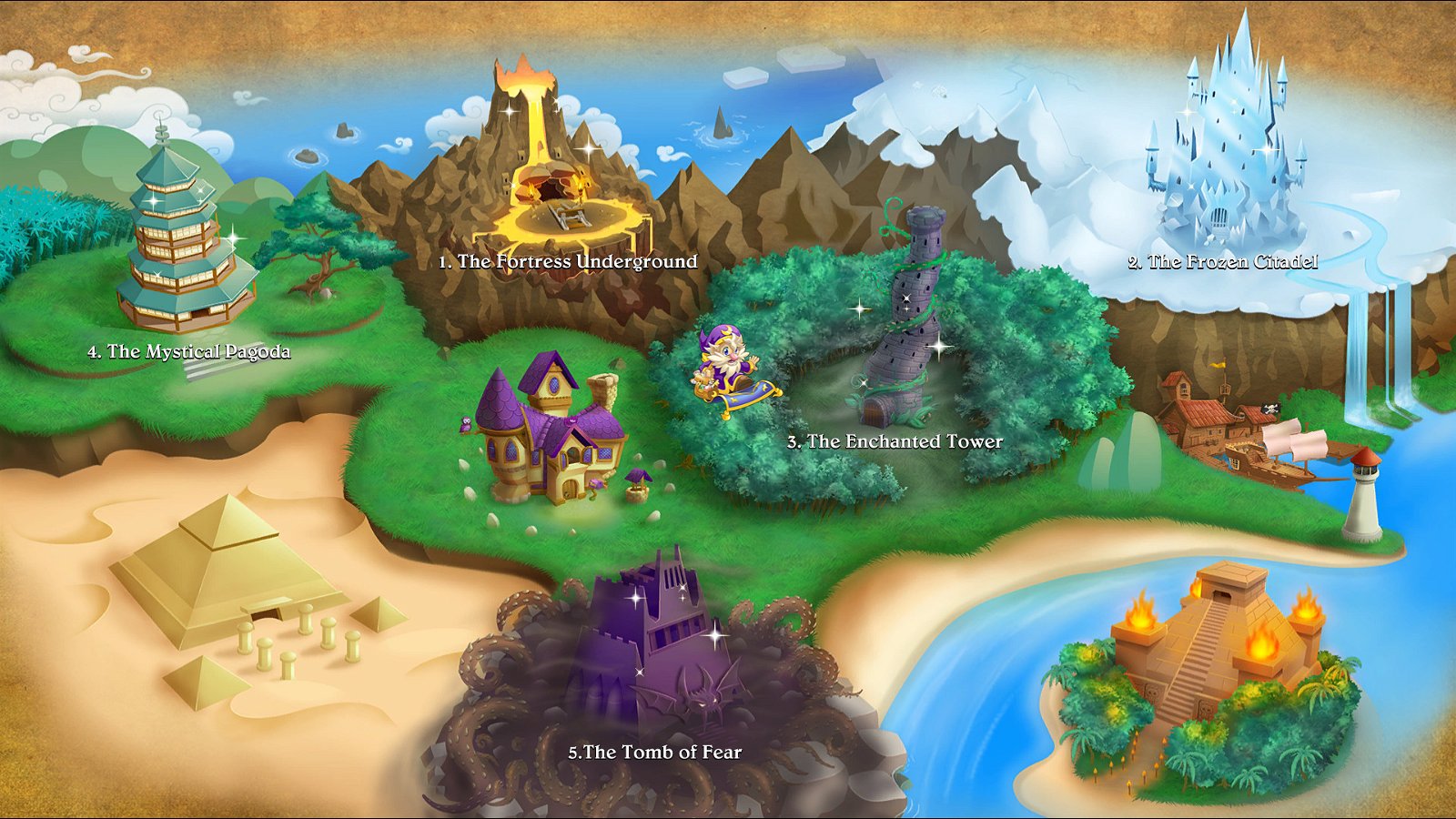 The thing is, it’s not nearly as charming as either of those games. Mystery Castle struggles right away finding its identity, as Monty isn’t a memorable character in the slightest. The tutorial, as told by a sarcastic dwarf, has flashes of wit, but mostly just comes off as annoying. It’s kind of funny, seeing the bulk of the cast merely insult our hero while he’s just trying to do good, but it gets old (especially since most of the insults are tired fat jokes) and the writing isn’t strong enough to carry the concept. The team doesn’t really follow through with the plot either, beyond a very tenuous connection between the characters and the game world that’s visited every so often.

Again, the main issue with this game is its propensity to drag on. The first area consists of a whopping 36 zones, most of which feel remedial in nature. I was ready to give up and take a break at this point if it weren’t for my obligation to keep playing, which is a pretty big problem. But once I slogged through those initial puzzles and moved on to new themes (like an ice castle, a fairy tale land, and a Cthulian fortress), it did pick up significantly.

It’s a lot of stuff you’ve seen before (like slipping and sliding on ice tiles across the room), but the team is able to commit to the multitude of mechanics involved in a way that doesn’t feel inherently broken. There are some curious decisions (no pulling?), but nothing that made me particularly angry. Some puzzles are crushingly difficult, and the option to immediately restart a mission is greatly appreciated, though it would be appreciated even more if there was an even quicker button tied to it.

If you’re addicted to the puzzle genre and need another game to get your fix, you’d ultimately be better off picking up Mystery Castle on a Steam sale. It has some clever ideas and gets pretty good later on, but you have to wade through so many re-used concepts you probably won’t get that far.

Final Thoughts
Mystery Castle as some clever ideas and gets pretty good later on.
File Under:
×