When I reviewed Tetris Effect when it originally launched in 2018, I called it a feast for the senses. Light, sound, and the simple pleasure that came from clearing line after line combined to create an experience that was ultimately my Game of the Year. Nearly three years later, Tetris Effect: Connected has arrived on the Nintendo Switch. It remains sublime, much as the original version on PS4 was.

In the years since its release, Tetris Effect has been released on other platforms alongside an Update that adds Online multiplayer. It is that update, coupled with a truly great port that takes full advantage of the Switch’s features, that makes Tetris Effect: Connected a must-own title.

It is Tetris at its core, meaning you drop blocks in order to create lines that are subsequently cleared. But this tried and true gameplay is bolstered by a stunning use of visuals and music that makes each level and each block pop. In one stage, colours and lights blend together to create images of dolphins jumping in the water, with each jump timed, occurring once you’ve cleared a line. In another, the stage starts with a shot of wanderers crossing a desert on camels, before transitioning to a wide angle view of the Earth and Moon as you clear a set number of lines. This interplay of senses elevates what should be standard Tetris gameplay into engaging and beautiful play.

Tetris Effect: Connected also features a new mechanic called Zone. As you clear lines, a gauge fills that, once activated, freezes time. When a line is cleared in this mode, it instantly moves to the bottom of the stage, giving you greater access to clearing other lines. As the lines do not go away, clearing additional lines gets more difficult as the space available at the top shrinks. But using Zone properly is what allows you to both score major points and get you out of a sticky situation should you run into trouble.

“It is that update, coupled with a truly great port that takes full advantage of the Switch’s features, that makes Tetris Effect: Connected a must-own title.”

The single player portion of the game is divided into two sections: Journey, and Effect. Journey is the campaign mode, if you can call it that, where you move through stages by clearing a certain number of lines. Far from what you’d expect from a game like Tetris, the campaign is often emotionally moving thanks to the visual and auditory interplay. That may sound ridiculous to say about a Tetris game, but Tetris Effect: Connected is genuinely touching in the Journey mode as it showcases the beauty of life and the world.

It is, also, short. That’s not a knock against it, as the Effect modes more than make up for that. These are around a dozen different game modes that modify or add conditions to a normal game of Tetris. Some, like the Chill Marathon mode, are meant for you to relax as you play because you cannot fail levels even if your lines happen to touch the ceiling. Others, such as Combo, are designed to challenge your reflexes and line clearing skills within a time limit. The variety of different modes in Effect means that there is always a way for a simple game of Tetris to match what mood you’re feeling at the time.

As for the Connected subtitle, that comes into play with the multiplayer modes. There are traditional ranked and friendly matches that allow you to go head-to-head with another player somewhere in the world. You can further customize these matches with game modes that disable features such as the Zone mechanic or the ability to hard-drop blocks. Each match is fully cross-platform, and in my time with the game there has been a healthy distribution of consoles across the matches I’ve played. The longest I’ve had to wait for a match has been about two minutes, but for the most part, matchmaking takes a minute or less.

“Each match is fully cross-platform, and in my time with the game there has been a healthy distribution of consoles across the matches I’ve played.”

Yet it is the actual Connected mode that is my personal favourite out of the entire suite of multiplayer options. Here, you and two other players play alongside each other to defeat an AI controlled boss. Much like any other Tetris game, you accomplish that by filling up the enemy’s board with junk lines. All the while, the enemy will unleash unique abilities that will make clearing lines harder, such as preventing the use of reserve tetrominoes or by randomly destroying individual blocks.

But once you and your allies clear enough lines to fill up the Zone meter, all the player’s wells will combine into one gigantic field that lets you clear massive lines at once. However, you have to take turns dropping tiles one at a time, necessitating cooperation between players in order to truly hurt the boss. This cooperative game mode is enthralling, and it’s easily the best addition to Tetris Effect: Connected.

No matter the game mode, the Switch handles it all easily. I rarely experienced any frame drops while playing, and Tetris Effect: Connected ran at 60 FPS almost all the time. Visually, it looks stunning regardless of whether it’s played on the TV or in handheld mode (Though as a Switch OLED owner, I can say the colours are truly vibrant when playing the game on handheld). And even little features like the Extra Rumble option take advantage of the Switch’s design in ways that are minor, but enhance the experience nonetheless.

Tetris Effect: Connected is a must play game, and should not be missed by anyone. 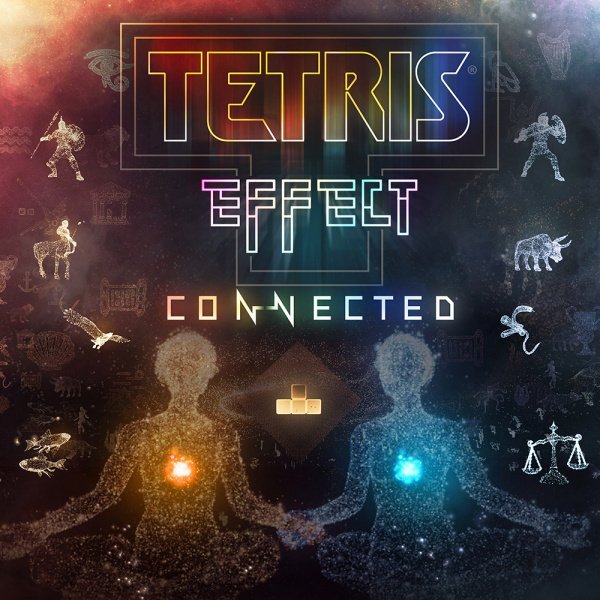