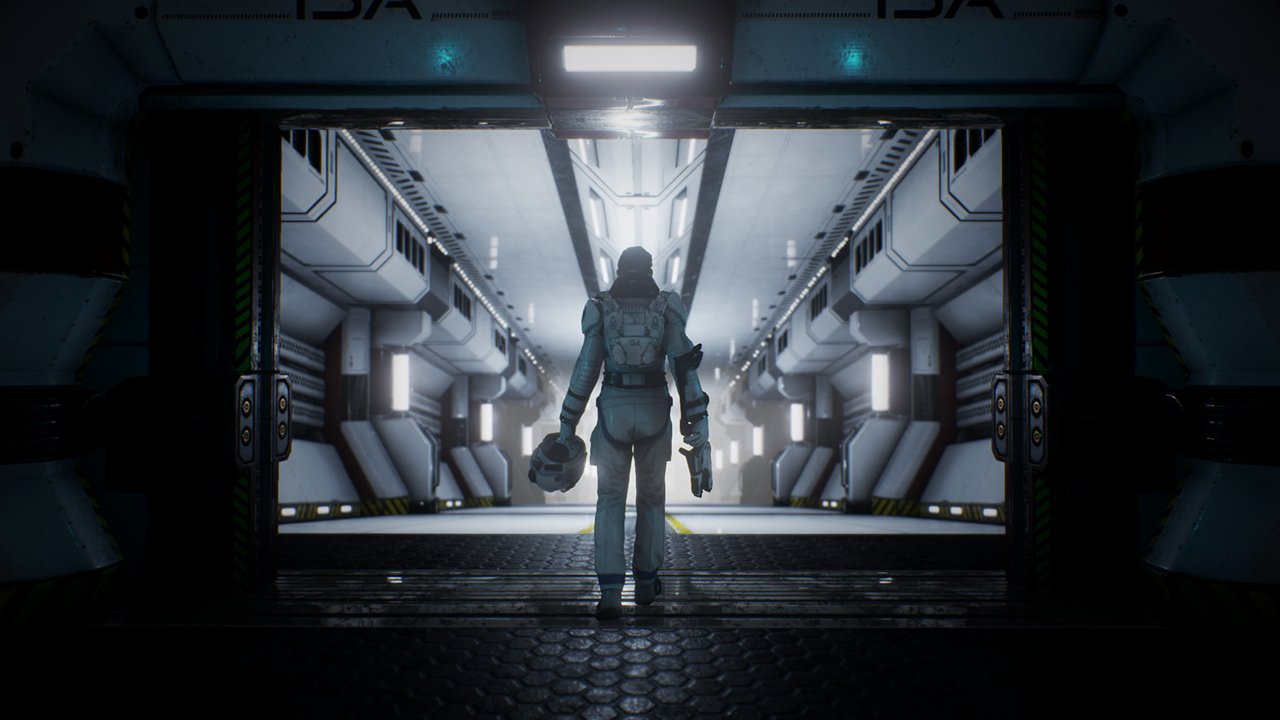 Rarely, if ever, have I played a game that asked hard hitting existential and ethical questions like The Turing Test. What is human? What is free will and does free will actually exist? Is immortality good or bad? Can computers do wrong?

This game certainly gave me a lot to think about.

In The Turing Test, players take on the role of Ava, who is woken out of cryo-sleep by her spaceship’s AI TOM after the rest of the crew goes missing on Jupiter’s moon Europa. TOM has Ava complete various puzzles to advance through the ship looking for the crew, with the story being that the puzzles were set up to prevent him from advancing and he needs a human to complete the tests, hence the title. If you’re not familiar with the test, Alan Turing—the father of modern computing—had a method of telling the difference between an AI and an actual human being. As you might expect, this is referenced many times throughout the game, but not in a heavy-handed or repetitive kind of way.

The Turing Test wears its influences on its sleeves. TOM the AI is very similar to that of HAL-9000 from Stanley Kubrick’s 2001: A Space Odyssey, the player’s character Ava also shares a name with a character from Ex Machina, a film that also involves the Turing Test. Most of the gameplay shares similarities with Portal and The Talos Principle (the same Greek mythology is referenced) with the majority of the puzzles only requiring the player to place boxes in certain places or activate switches with a gun-like tool that can move powered balls around rooms. If you’re like me, you probably adore those films and games as well, so the influences are welcome, though I wouldn’t say The Turing Test is quite good enough to stand beside them.

The gameplay is simple enough: early on you’re given a gun that can be used to move power throughout chambers, which takes up a majority of the gameplay moments. Small boxes can be found that also have power trapped in them, which can be used to either power doors or be set on buttons on the floor. Your goal is to open all the doors, advance through the chambers, and find the rest of your crew, chitchatting with TOM along the way.

The voice acting here is top notch. Ava and TOM discuss what has been going on while she was in cryosleep, and eventually, things get very philosophical but not in a pretentious way. I’d love to go into more details, but to the story is easily the most interesting part of The Turing Test. Story elements are also hidden behind more advanced optional puzzles where you’ll find audio recordings or texts to read that offer players a bit more insight on the characters and the philosophy behind the game. Unlike similar titles, none of the optional story elements drag on for too long so they are nice little rewards for those that want to take the time to find them. 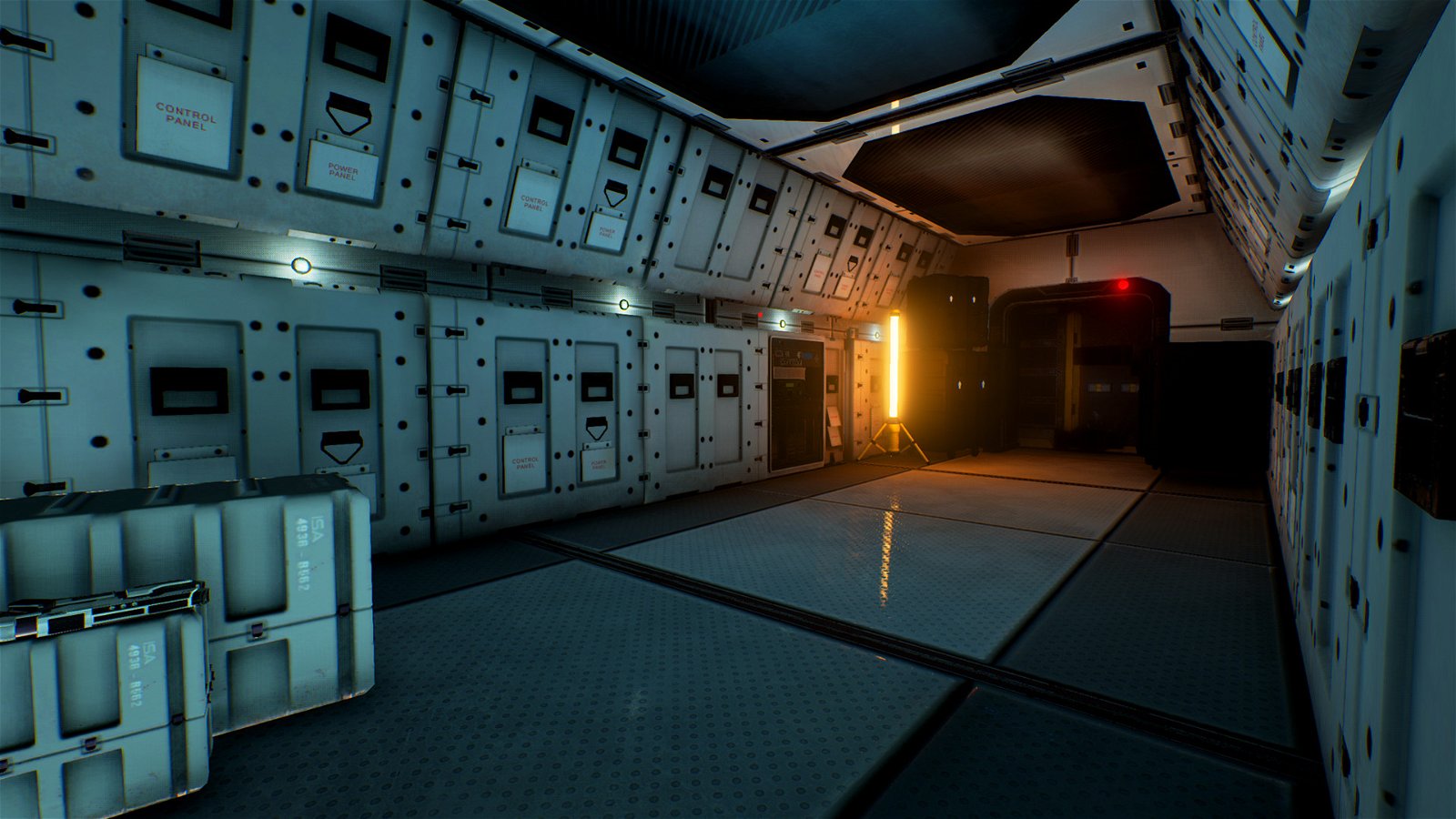 While the puzzles are enjoyable, I never found any of them to really provide a challenge, nor did any of them feel all that original in comparison to like titles. However, games don’t necessarily have to reinvent the wheel to be enjoyable, and this game’s biggest sin is just not standing out from its influences, but if anything The Turing Test feels like a collection of the best parts of them combined into one.

If you’re hankering for a first person puzzler and/or you’re a sci-fi nut, then you will probably love The Turing Test; I know I did.

If you're hankering for a first person puzzler and/or you're a sci-fi nut, then you will probably love The Turing Test. 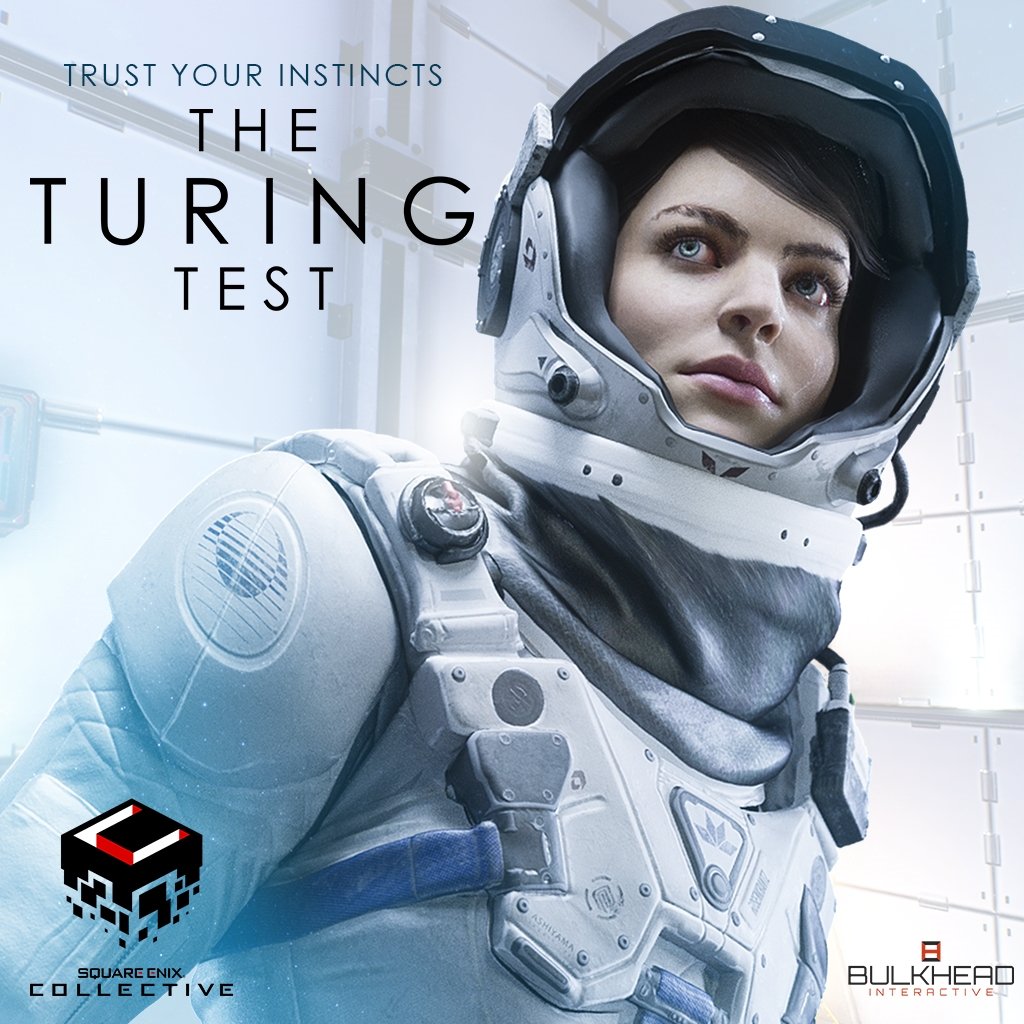