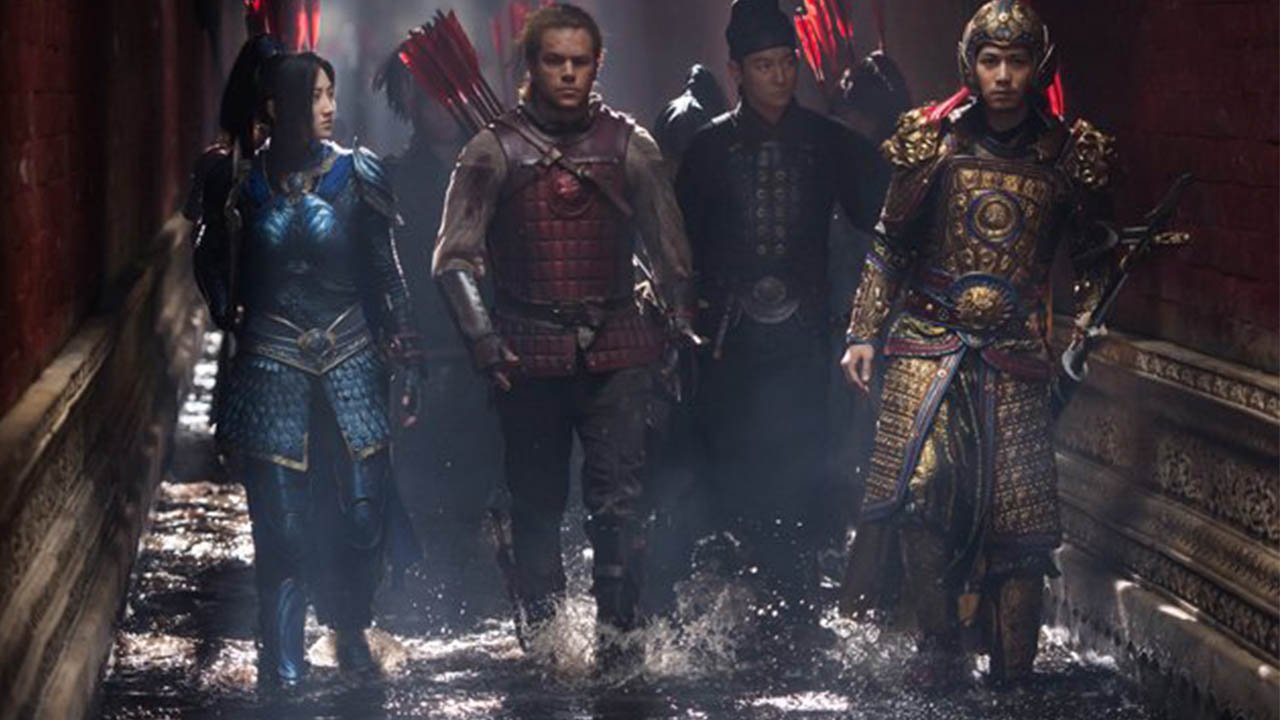 The Great Wall is a massive international production combining the power and cash of the Chinese and Hollywood film industries to create a huge and stupid monster movie. That’s a good thing. In a time when most A productions are actually B movies, and most schlock comes with layers of irony, there’s something undeniably charming about the unapologetic sincerity and stupidity of The Great Wall. Viewers will be thrilled by the spectacle, stunned by the gorgeous imagery, and laugh like a lunatic whenever the movie slows down long enough for characters to speak to each other. In many ways, it feels like an old-timey monster movie, equal parts imaginative, corny, and insane.

Matt Damon stars as a warrior of mysterious origin who has travelled from Europe to China and picked up a buddy (Pedro Pascal) along the way. We know they’ve been travelling for a long time because they have massive fake beards and learn that they are searching for black powder that goes boom. One night they are attacked by an unseen beast, with only a scaly claw lopped off by Damon’s sword left behind as proof. When they are discovered by a massive Chinese army led by Zhang Hanyu, Jing Tian, and Andy Lau, they survive only because they have that claw in their possession. You see, that claw belongs to a collection of monsters who blatantly symbolize human greed, and attack China every 60 years (that’s why they built the wall, apparently). The claw means the latest attack is coming a bit early and now Damon finds himself in the middle of a good old-fashioned monster mash.

Good news first: The Great Wall is an absolutely gorgeous movie to behold. Director Zhang Yimou began his career crafting ornate art movies before transitioning into action epics with stunning titles like Hero and The House Of Flying Daggers. His love of rigid compositions, painterly colour palettes, kinetic action, and poetic montage translate beautifully into the blockbuster arena and this, his largest production, is no exception. Scale is massive, extras plentiful, and CGI impressive. The set pieces are downright hypnotic with highlights including a balletic bungee jumping troupe of women warriors, a tense monster fight with whistling arrows, an astounding hot air balloon ride, and a final fight that’s downright hallucinogenic in its use of colour. This is A+ eye candy and the fact that it’s all used for a monster battle on the Great Wall Of China, well, that’s just awesome.

Now that bad news, every time the characters open their mouths the movie becomes less interesting. The dialogue is so stilted that it’s shocking it was written by Hollywood veterans, and not poorly translated. The fairy tale themes about embracing international bonds to fight larger evils and the perils of greed are nauseatingly overstated. The actors rarely get a chance to do more than pose, with Willem Dafoe embarrassingly lost (and awkwardly edited into many scenes that were clearly shot without him) and Damon fumbling through an ill-advised accent that’s occasionally Irish(ish). Basically, the movie is either exposition or spectacle. Stunning epic monster mash action or hilariously earnest nonsense. It’s a real rollercoaster of a viewing experience in both good ways and bad.

Fortunately, the eye-candy accounts for almost half the running time and the flick flies by fast. So there’s rarely enough time to dwell on any of the dull scenes, and Zhang Yimou’s stunning set pieces are always only a few minutes away. If anything, the fact that it leaps from beautiful fantasy silliness to cornball tin-eared earnestness only adds to the old-timey monster movie appeal of The Great Wall.

The film has massive camp appeal when it’s not delivering genuinely jaw-dropping spectacle (including a perfect mix of artistic and eye-poke gimmicky 3D) and is endlessly entertaining, even when it’s maddeningly stupid. It’s a film that will separate the real monster movie fans from the posers. This international blockbuster is trash, but glorious and impeccably constructed trash for folks who love such things. It’s unlikely to be remembered a classic, but is likely to be enjoyed by a few like-minded friends with a sense of irony and a case of booze in joyous WTF screening sessions filled with cheers and guffaws. Simply put, The Great Wall is the best possible movie about medieval monster battles on The Great Wall Of China starring Matt Damon. This thing was never going to be art, but at least it’s beautifully made and gloriously entertaining garbage. That’s rare a beast worth celebrating for genre nuts

The Great Wall is as stupid as it is pretty. Since it’s a giant monster movie, that’s good thing. 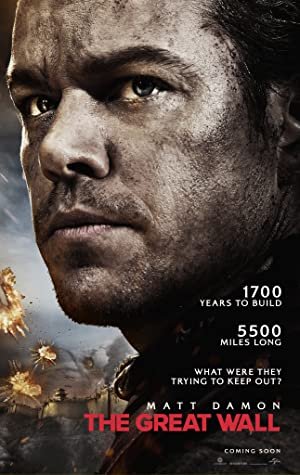