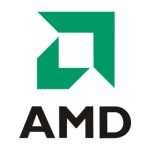 The AMD FX 8350 is the octo-core powerhouse that AMD launched back at the end of 2012. This chip managed to not only stay relevant against the onslaught from Intel, but has managed to be very usable for the modern VR setups people can now build. Now, in 2016, AMD are refreshing the line, and while the price point and performance have not changed, they are now including a very powerful and silent fan in the retail box. In light of the update, how does the FX 8350 stack up against the competition, and is it still something worth investing in?

The big upgrade here is the Wraith Cooler that AMD is now including in the box. The new cooler is a much needed upgrade and something I am amazed they are now including. The first thing you will notice is how much bigger the Wraith is compared to other stock fans. It featured four copper heat-pipes, along with a much larger copper baseplate that acts as a go-between with the chip and the cooler.

Aesthetically, the fan is a fantastic addition to any new PC build. It has a sleek feel to it that has a sense of quality far more than you would expect from a stock fan. The subtle AMD LED logo on the side is a nice touch, even if you will not see it when it’s all put together. At the top of the unit sits a 92mm fan that will provide ample cooling at standard clock speeds. All in all, the Wraith is a fantastic addition for anyone buying a new CPU that wants to go AMD.

With this new cooler, the question still stands as to how it will stack up to the modern offerings from Intel. The FX 8350 is now over three years old, and while it offers ample power for most gaming and VR needs, Intel has come out with plenty of new chips in that three year timeframe. That being said, the FX 8350 still manages to rank well with most of our tests.

When testing with modern titles such as Ashes of Singularity, The Division, and Hitman, we saw that the AMD FX 8350 while running DX12 saw very similar performance when compared to the i7 6700k. While the 6700K managed to beat out the much cheaper and older 8350, the difference was often only a 1-5fps differential in most games at similar settings with a similar graphics card. In 3D Mark testing, the FX 8350 manages an average score of 6530 that, while well under many of the new powerful chips, it is still a respectable score—especially for gaming.

For under $200, the FX 8350 is still a solid CPU even nearly four years after its release. But the real selling point is the fact you can build a new PC with this chip, have something that can handle all new games and VR, and still manage to cost under $1000. Yes, you will be making some sacrifices. This chipset does not support DDR4 Ram, you are missing out on the new technology Intel has been throwing into their chips, and it is not as powerful as many of the new offerings from Intel, but with that all being said, it is a fantastic value chip.

Overall, the new AMD FX 8350 with Wraith cooler is an interesting investment if you are looking for a new mid-range PC. It may not be the most powerful option on the market, or have the latest technology, but the raw performance is still ample for most gaming needs. And when paired with a solid GPU, this chip does VR very well. The inclusion of the Wraith Cooler is the real bonus with this CPU, making a package that is truly good to go out of the box. The value proposition is the real reason to invest in this CPU, and for anyone not looking for a future-proof computer, the FX 8350 is a great chip to look into, especially in the Wraith package.

AMD FX 8350 may not be the most powerful option on the market, or have the latest technology, but the raw performance is still ample for most gaming needs.
REVIEW SCORE
8
File Under: AMD