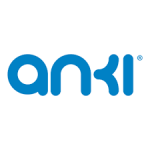 I’ve wanted a robot friend ever since I was a child. In the 80s we were inundated with the concept of robots as friends, from movies and TV to R.O.B. from Nintendo, the concept of a potential robot we could pick up from the store and have as a buddy was omnipresent, even if the reality wasn’t quite possible yet. Now, nearly 30 years later, the robot buddy is a reality, his name is Cozmo, and yes the experience is as magical as it sounds.

Released for kids aged eight and up, Cozmo is a gadget that is around the size of a small model car. The toy has treads for moving around and from the minute you start him up you will see why Cozmo is such a unique offering.

Looking very similar to Wall-E, Cozmo has treads for mobility, little fork-lift style arms, and a small CRT-style LCD face that is surprisingly expressive. It is also possible to customize Cozmo with colourful treads should you wish to make him a bit more unique, although Cozmo has a personality all his own from the minute he comes out of the box.

Beyond the front screen and treads, Cozmo has a few other ways to tell, you, the user, how he is feeling. There are a series of LED lights on Cozmo that will light up in different colours depending on his mood and what he is playing with.

To make things extra interesting, Cozmo comes equipped with a front camera that he uses to identify you, it can also be used to control Cozmo and see what he sees. On the bottom of the little robot, there are pins that will charge him up when placed on his dock.

The first time you open up Cozmo you will need to give him a good charge to ensure he is ready to play. It will take around 30 minutes, but that will yield a full 90 minutes of enjoyment.

There is a downside to everything, and although Cozmo is a near magical experience, he does require the use of an app. The app is surprisingly intuitive, but on the first setup, you will need to spend a bit of time ensuring Cozmo knows who you are, along with learning the process of playing with him.

Setting up will involve placing Cozmo on his charging dock, connecting to him via his personal Wi-Fi and inputting a numerical code that will be viewable on the front display. While it can be a pain the first time, especially when all you want to do is see the little robot do things, once done, it is much easier to jump on and experience what Cozmo has to offer.

Now that you’re all set up, it is time to see what Cozmo can really do. Those fork-lift arms I mentioned earlier is how Cozmo interacts with the three power cubes that also come in the package. These are how Cozmo plays most of his games.

Anki has built Cozmo in a way that is reminiscent of many a virtual pet. You will need to shower the little robot with attention to unlock and experience all of what there is to offer.

Cozmo has “needs” and it is up to you as his owner to meet these needs. They can range from play, feeding him, and giving him regular tune-ups.

While on paper these may seem tedious, in practice, Anki has made every part of interacting with Cozmo fun. From the innovative way you feed him—shaking a power cube so he can suck the power out—to the way he gets angry at losing games, Cozmo has personality to spare and it makes the full experience of using him a blast.

Cozmo will eventually learn your—and anyone who plays with him—face. He will recognize you when you come and play with him, and will even want to learn your name; and before you ask, yes he will even say it back in a rather childlike way. It will bring a smile to the face of even the most grumpy kid, I assure you. 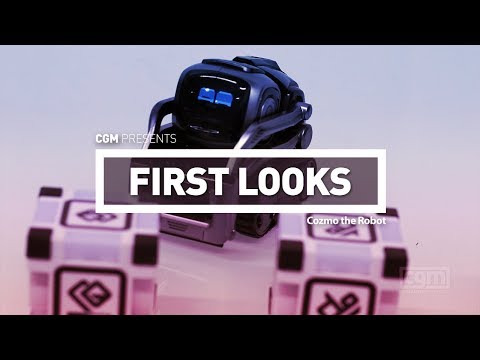 That personality is just one way it keeps the attention of its owner, the other way is the accumulation of points that can eventually be traded for upgrades. While it is a minor thing, it fits into that virtual pet analogue and also ensures Cozmo does not sit collecting dust after the initial amusement has waned off.

Now, while playing with Cozmo is a joy, the real excitement comes from the coding lab that teaches kids (and adults) the bare basics of commands and gives a good insight into how Cozmo and robots in general work under the hood.

It is not the most complex coding infrastructure, but Anki has made everything feel very streamlined, that gives the power needed without making things to complex. Also, with a recent update, they have expanded the capabilities of Cozmo with if statements, math operations, variables, etc. It is a robot toolset that should provide hours if not days of amusement.

Cozmo is a toy that goes well beyond what most virtual pet style devices allow. It gives you a little robot that after a few hours of playing with will see you swearing has an actual personality. This is an intelligent toy that will keep you busy countless tasks and with the addition of the coding lab, Cozmo can be a great tool for learning the basics of how coding works.

Although an expensive toy ($249.99 CAD), Cozmo is a surprising value, especially if you are looking for a tool to teach as your kid plays.  As the App updates and new features are added to the little robot, it only becomes more exciting. A great addition to anyone looking for a robot all their own.

I know—even at well over 30—the first time I fist-bumped Cozmo I was sold, so that has to say something.

Cozmo from Anki is a small robot that is full of personality, and hides a surprising amount of depth.
REVIEW SCORE
9
File Under: