Makes users voice 2x sexier than it already is 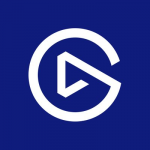 Are you, like me, stuck at home on 10 hour Zoom calls a day? Odds are high you probably at some point in the last 10 months of lockdown needed a microphone. For a rendevouz with the family, a meeting with work or because you and your buddy thought it would be a great idea to start a podcast. Is starting a podcast with your mate, the new opening a bar? I digress. Whatever you attempted would have sounded better had it been recorded on the Elgato Wave:3 Microphone, that is unless you are Howard Stern. I assume Howard Stern would use an incredibly good setup for his work life. If you’re reading this Mr. Stern, I’m a long time listener, first time referencer.

The Wave:3 Microphone is the brand new, affordable microphone from Elgato. It’s incredibly sleek, lightweight and functional. If you are going to spend all day on calls doing whatever it is you do, why not give others your voice in crystal clear definition.

Elgato is pretty much a household name at this point, especially for readers of this site. It’s made quality capture cards for years. Elgato has up until this point, really stayed in their lane, they did what they did extremely well. Until recently, they have started to pivot to create everything a streamer or hip business professional needs. From stream decks, to lights to now a microphone, everything Elgato puts their name on makes me jump with joy.

I’ve done my fair share of podcasts over the years, including my newest one What Dream’s Cost: A Sandman Podcast (Shameless plug). I also live on Zoom. I swear to god, I spend more time on Zoom vs anything else. I’m sorry to my cat I never see because I’m too busy on video calls. I also do panels, voice overs and much more, what I’m getting at is I need a microphone for day to day work. Up until this point I used the Blue Yeti which was a behemoth of a device. It was incredibly large, heavy, but it sure as heck worked great.

Enter the Wave:3 a much smaller, lighter and sleeker device I now prefer using. Just how it looks on my desk alone is nicer. The set-up was incredibly simple. I started by unboxing it, plugging it in and voila, it worked. It’s idiot-proof, and boy do my loins ever get set on fire when tech is made easy.

The microphone comes with a USB-A cable that connects to your PC or Mac, while the mic itself uses a USB-C. It’s incredibly simplistic set-up and the cord is quite long so no worries about where you’re going to place it. Your average Homer Simpson type would have no problem getting it up and running in seconds.

The Wave:3 Microphone is a condenser microphone, meaning it’s a lot more sensitive than a dynamic microphone, and is amazing at picking up the intricacies of vocal recordings. Essentially, it’s a wonderful podcast microphone. It uses a cardioid polar pattern, which means it records in a heart shape around the microphone. Sound is picked up from the front and sides but rarely the back. Now this makes it a one recording pattern microphone which might not satisfy audio purists or multiple people crowded around one mic arguing if Batman V Superman is a good movie 5 years later (it’s not) but for your average joe this shouldn’t be a problem. This microphone can record beautiful high quality recordings, at a rate of 24-bit/96kHz. The benefit of this high bit rate is that you can make some pretty drastic edits to your audio in post-production without it being very apparent.

The unit itself is pretty basic. You have a dial on that front that adjusts the volume. Overtop of the dial is a series of seven LED lights that will let you know how high your volume is set. I usually kept my at the three or four range. The back of the microphone has a 3.5m headphone jack for monitoring. There’s also a mute button on the top, tap it and the LED ring around the volume control will turn to red letting you know you’re muted. Once you plug it in, you practically forget it’s even there. It just works.

Appearance wise the mic itself is black metal and hard plastic with a brushed matte texture. I love the look and feel of it. It’s quite light, weighing in at 590g, so you could throw in a backpack if needed for travel. The mute button is incredibly lightweight and nice to touch. It’s very responsive and oddly satisfying to touch.

The mic is held up by a plastic mount which screws into a weighted metal stand. It has a rubberized bottom to it and is very sturdy. There are two bolts to position the microphone which can be easily removed if you want to upgrade to the Elgato suspended shock mount.

The Elgato Wave:3 was made with streamers in mind and is compatible with Wavelink. It’s a virtual audio mixer that gathers up all the different programs and browser windows creating sound and turns them into a single audio output source. This is definitely catered to heavy Twitch Streamers and not me, a regular guy who works for the man.

I opted to use audacity and Apple’s Garageband instead and had no problem setting it up. Like everything else on the microphone it’s seamless and simple. When recording I tended to keep my mouth about 7 inches away from the mic but in my quiet office I had no problem walking around the room and talking to people during meetings without complaints.

Overall the sound is tailored to podcasters and live streamers. It’s not a professional microphone but it sure is great for what I need it for. I don’t think a musician would have any use for said microphone, unless you’re Lana Del Ray, but for the non-rockstars in the room this would be one to consider.

If you can’t tell already I love this microphone and do not miss my Blue Yeti. It now sits in my graveyard of old tech, until maybe one day I have a podcast guest who actually records in my home. If you’re in need of a new microphone this is a no brainer. It’s incredibly simple to set up, it works like a charm and it’s a beautiful looking microphone. It’s got that old timey radio feel mixed with cool futuristic noir that looks slick and thankfully no bloody colourful flashing lights like every other gaming accessory on the market. God bless you Elgato.

The Elgato Wave 3 is an affordable microphone that will have you sounding like a pro on your burgeoning podcast or Zoom call
REVIEW SCORE
9
Buy Online
File Under: Hardware