A Perfect Balance of Functionality and Ease of Use 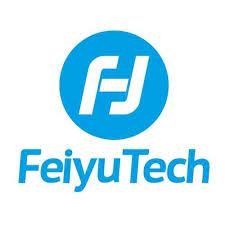 As a content creator, there are a lot of things that you can control about your video at the camera level. What lens, microphone and lighting you use or even what camera you are choosing in the first place, but something that is a little more out of your control is a human issue: stability. Sure, cameras have stabilizers but, depending on the human holding the camera, it likely won’t offer enough for you to get that truly smooth movement. Some cameras are just too heavy to hold steady. Some hands are just too shaky to begin with (caffeine drinkers unite!).

But necessity is the mother of invention, so in comes the solution to the problem with the gimbal, a multi-axis device that helps compensate for natural movement that would otherwise cause unsteady shots. The FeiyuTech Scorp Gimbal is truly one of the best DSLR/mirrorless camera gimbals that I have ever had the pleasure of using.

For starters, this is a 3-axis gimbal, meaning it compensates for vertical, horizontal and tilted movement, leaving the camera locked on its target and offering the most stable shot possible. Any of these axes can be locked to allow you to follow a subject on the move, leaving the remaining axes to continue to stabilize your shot.

“The FeiyuTech Scorp Gimbal is truly one of the best DSLR/mirrorless camera gimbals that I have ever had the pleasure of using.”

For anyone with some experience with a gimbal, setting the FeiyuTech Scorp Gimbal up will likely be one of the easiest experiences you’ve had. For people who are new to the process, there is a learning curve, but you should be up and running quickly enough.

The key to the setup is the initial balancing of the camera. Each individual axis needs to be adjusted so that the camera balances perfectly in the middle. This is a bit of a trial-and-error scenario, but when you’ve got it just right, it’s a beautiful thing. Something great about the FeiyuTech Scorp Gimbal, though, is the ability to mark those settings.

“Beyond the simple act of stabilization, there are a myriad of digital functions on the FeiyuTech Scorp Gimbal that will up your production game in a big way.”

When you are finished with your gimbal and have to store it, you have to undo everything you’ve done to balance the camera. It’s a pain, right? Well, FeiyuTech has provided you with these sliding red dots that you can use to mark the location of your perfectly balanced gimbal, so you can set it up the next time in a snap.

Beyond the simple act of stabilization, there are a myriad of digital functions on the FeiyuTech Scorp Gimbal that will up your production game in a big way. Using servos and motors on the gimbal you have full control of the movement of the camera via a thumb joystick. The touchscreen, located on one of the Scorp’s handles, can create preset movements, lock out certain functionality and even control the camera if you connect the two devices via one of the provided cables.

One of the most beautiful functions found on the menu is time-lapse. You can select the start and end location of the gimbal’s position and use the camera controls to determine the speed of the video. Once activated, the gimbal performs the movements while the camera captures. The time-lapse combined with the movement create an incredibly beautiful video. In addition to the digital controls, you have a knob that can be configured to control any of the axes for incredibly smooth movement.

A 4lb gimbal combined with a maximum 5.5lb payload mounted to it can be a lot to handle, but its ergonomic handles make using the FeiyuTech Scorp Gimbal an easy process. You have two handles to work with. One that allows you to hold it upright and another to hold the camera from above.

Both positions are comfortable, but bear in mind that the weight can be a lot for some people, so make sure to keep the gimbal closer to your body to avoid straining your arm (strong people, don’t come at me). If you are using the FeiyuTech for vlogging, it is recommended that you have a wide-angle lens to, again, avoid having to stretch your arm too far out.

$547.70 CAD is a reasonable price when compared to similar gimbals and its simple functionality and ease of use puts the FeiyuTech Scorp Gimbal well ahead of most gimbals at this price point.

While gimbals can feel overwhelming to the uninitiated, there is no better solution to the problem of camera shaking. So, if it is the journey you need to take, I can confidently recommend the FeiyuTech Scorp Gimbal.
REVIEW SCORE
8.5
Buy On Amazon
File Under: Content Creation, Gimbal