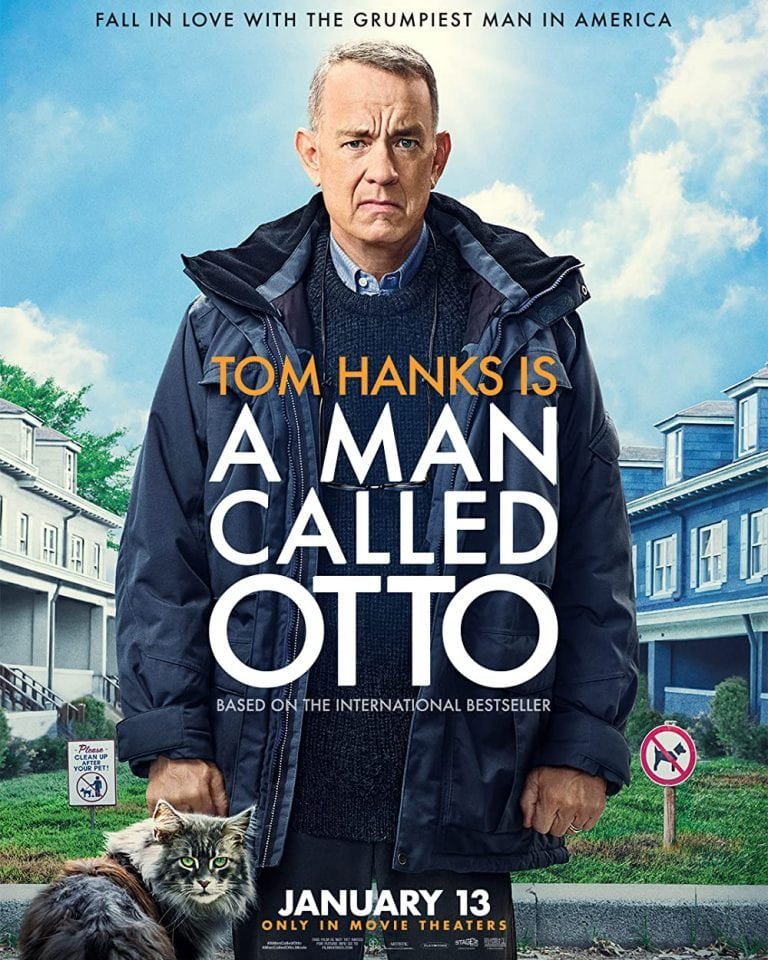 Say what you want about A Man Called Otto—you can’t say much of anything against it.

That another American remake of a far more interesting movie, in this case, the case Swedish film A Man Called Ove, would be watered down into something more pleasantly uplifting is only one of many prophecies A Man Called Otto fulfills during its runtime.

But before the very American, blandly predictable spectres of Nicholas Sparks, adaptations come to claim Otto as their brethren, chances are good they’d be scared off by the darkly humourous plot threads Otto chooses to fold into its gently unwinding tapestry. Suicide attempts are hardly the stuff of movies which are associated with the phrase ‘feel good’, but A Man Called Otto has a few get-out-of-jail-free cards: love and Tom Hanks.

It’s hard to think of a less objectionable actor than Tom Hanks, who viewers will no doubt excuse for many a sin, rudeness hardly being a tough sell for a performer who has long since established himself as one of America’s most genial national treasures. As the grumpy old man Otto, who spends his days in a nitpicky search for rule breakers in his sleepy suburban community, some may even agree with him.

It’s not exactly unreasonable to expect to pay a fair price for a rope, especially when the corporate store announcer cheerful insists on calling you a busy beaver, or to want recyclables in their proper place, a neighbourhood gate to be closed, or remain working if you choose rather than forcibly retired, then show up with a cheerful attitude at your own retirement party where you’re offered the piece of cake with your own face on it no less.

“Suicide attempts are hardly the stuff of movies which are associated with the phrase ‘feel good’, but A Man Called Otto has a few get out of jail free cards: love and Tom Hanks.”

Yet even if most of us could relate to his annoyance with the relentlessly upbeat attitude of many of those around him, Otto is also needlessly rude to those who could be allies or even friends, something which could come in handy with the hilariously on-the-nose real estate developers Dye & Merica poking around. With his innate sense of fairness, his handy fixing skills in a world built around endless consumption, and his relatively advanced age, the general feeling of being phased out would still be unavoidable, but it would likely be far more bearable.

But the easiest and most relatable reasons for Otto’s angst are love and loss. It’s no accident that the moment where Otto gets the closest to ending his life is when A Man Called Otto flashes back to when his taciturn younger self found his happiness with Sonya (Rachel Keller), the woman who became his wife. Six months after her passing, he is unable to see any kind of future aside from finding a way to join her.

The genre demands that hope and a reason for a new lease on life must arrive, and it does come to Otto’s literal doorstep in the form of a family who moves in next door, complete with two adorable young kids who have a passion for luchadors. As Otto’s involvement with them transforms from reluctant to willing, he forms a bond with pregnant matriarch Marisol (a spot on Mariana Treviño) and slowly becomes more invested in them and living, and just awake to the fact that other people are also suffering.

No, none of the ensuing developments will come as a surprise. And no one is allowed to become that interesting, but at least Treviño steals every scene in a role as a woman whose heritage and language are treated as more of a running gag than simply a part of her identity. It’s certainly a better deal than Keller gets as the blandly beautiful, always-giving Sonya, who also loses much of what made her human in Ove, where she was an actual fighter who changed much of her community for the better.

A Man Called Otto leaves much of the change-making to its own title character, which isn’t that difficult seeing as how the stakes would automatically be raised in any American version of the original. Just because the movie isn’t as bad as it could be doesn’t make it good, but it also won’t make it any less appealing at the numerous family viewings that A man Called Otto will no doubt become a staple of.