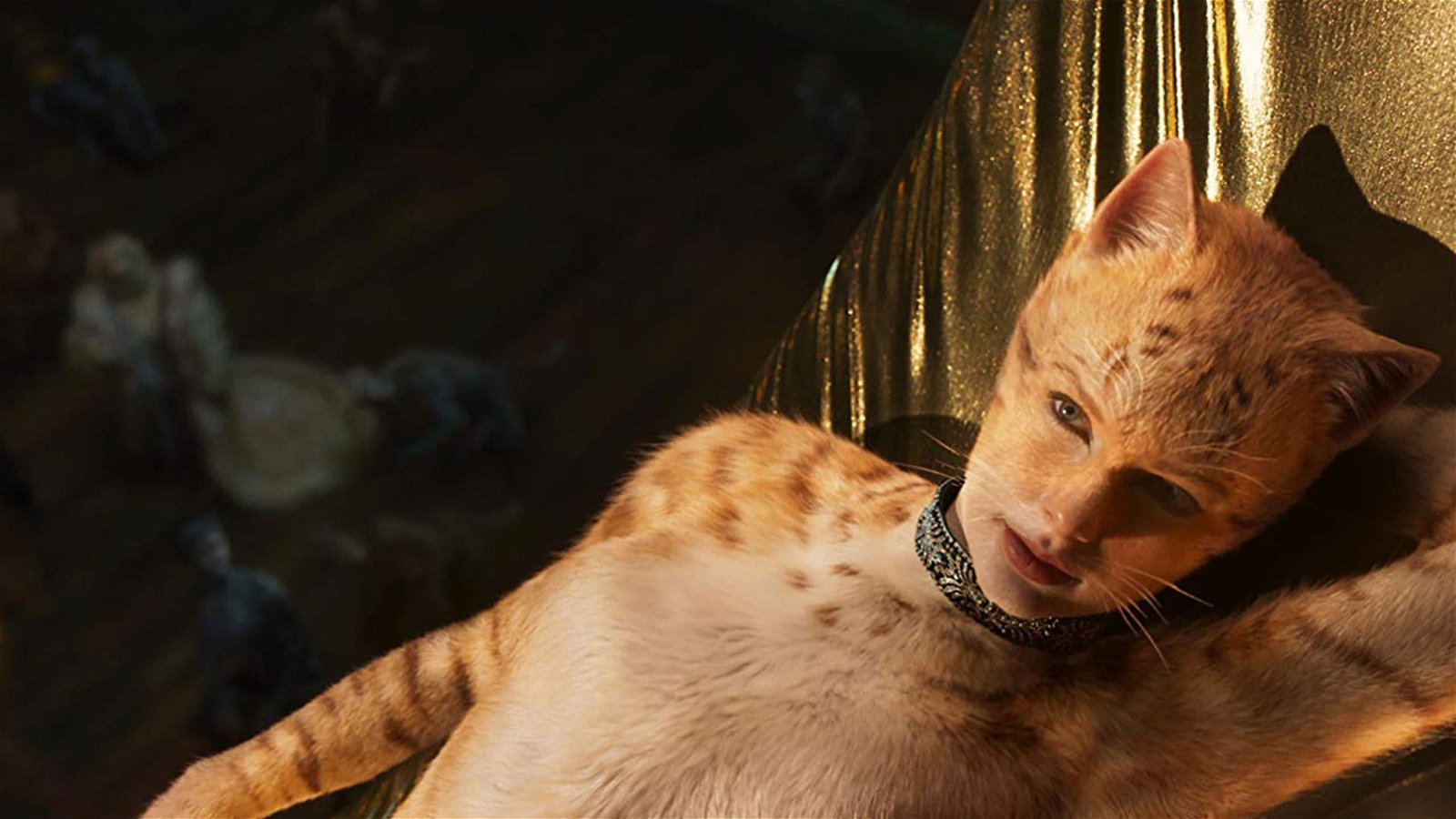 The lights went up after the end credits of Cats and the room erupted with people hustling to the escalators to leave.  I looked to my friend for her reaction, which she describes as the “John Travolta shrugging gif,” and I consider mine, Jason Bateman as Michael Bluth shrugging “I don’t know what I expected.”

When the Cats trailer was unleashed upon us, we knew we were in for the next best mess to that first stab at Sonic.  Rightfully, the marketing team for Cats leaned into it, setting us up to que for the cinematic event of the year, but upon sitting through almost two hours of poorly rendered CGI cat fur, I long for the times where Cats was but an internet meme and welcome the world where this film is forgotten.

This is usually where I would give you a synopsis of the film, but unfortunately, there is nothing decipherable from which I could drag something coherent.  I would describe this movie like the dossier version of Suicide Squad only with less rationality and a heavier hand.  Certain cats arrive, and you’ll ask yourself, “who’s this now?” and then you’ll realize, “ah, yes, they’ll tell me.”  The movie, which I can only imagine is similar to the musical, is a collection of cat introductions and a vague reference or two to a Jellicle ceremony of some kind where a cat is crowned prom queen.

I now briefly interrupt this review for a list of actual character names, real names of the cats which set off the songs they sing to introduce themselves:

What I simply can’t figure out is why? Why? Simply put. Why? Sure, turning a longstanding musical into a movie seems like a good idea, but at what point did it fly off the rails into “an ensemble cast in CGI cat/ human bodies, with some non-musical thespians, cat-nudity, fat jokes, and Jennifer Hudson singing through a lot of snot.”? And I mean a lot of snot.

To provide thoughtful critique almost feels mean spirited, but the film truly is a failure of what it appears to have set out to do.  The musical performances and dancing are fine, but it is all so autotuned and CGI’d that it’s hard to enjoy the otherwise impressive dance moves when you notice they float just a little too long for it to be real, and their feet aren’t tapping on real ground.  Yes, they have feet that wear tap shoes.  Well some of them have shoes.  And some of them have human hands and human feet, but sometimes they have human hands and then they are cat…hands? It’s hard to say.  It truly feels like they got about 2/3 of the way through making this movie, realized what a mess they had on their hands, and simply gave up, allowing fur and collars to simply not move with the actors because, why bother?

I now interrupt this review for a shortlist of things that are the wrong size for scale in this movie:

The ensemble cast is more of a list of cameos, and not one of them delivers.  One of my notes is literally “Ian McKellen meowing.” Taylor Swift’s number is inexplicable.  Jason Derulo is there and he is funky. Judi Dench singing? Okay. Breaking the fourth wall? Okay.  Rebel Wilson’s character is a fat joke, and so is James Corden’s, then they get trapped together on a barge in the middle of the Thames. Idris Elba gets naked, kind of.  Jennifer Hudson is acting in a completely different movie than her co-stars, and I wouldn’t be surprised to hear she shot her entire role in 20 minutes in a mo-cap suit while cayenne pepper was thrown in her face while she was forced to sing “Memory” from memory.

I simply can’t imagine a solitary positive reaction to this film that isn’t sarcastic, or at the very least, laughing at it, not with it.  And that’s really what it did for me, I haven’t laughed that hard at something, maybe in my life.  I want to tell you I at least had fun, and recommend audiences embracing the experience of witnessing this massacre filmmaking and musicals in the best of spirits, but this movie is also so horrible it doesn’t even earn the status to make fun of magicians, which it does. You know that bit where Malcom Gladwell tried to sneak “perverse and often baffling” into a New Yorker article?  If only he had Cats as fodder.

I really don’t know what to make of the hellscape featuring the “Baphomet of Scotland Yard” but I know it wasn’t a success. Nothing worked about this CGI massacre of cinema and musical theater, but if you’re willing to laugh at a movie, you might have a good time. 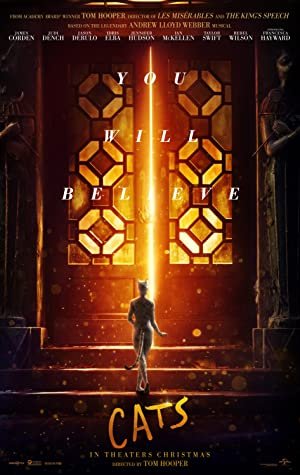