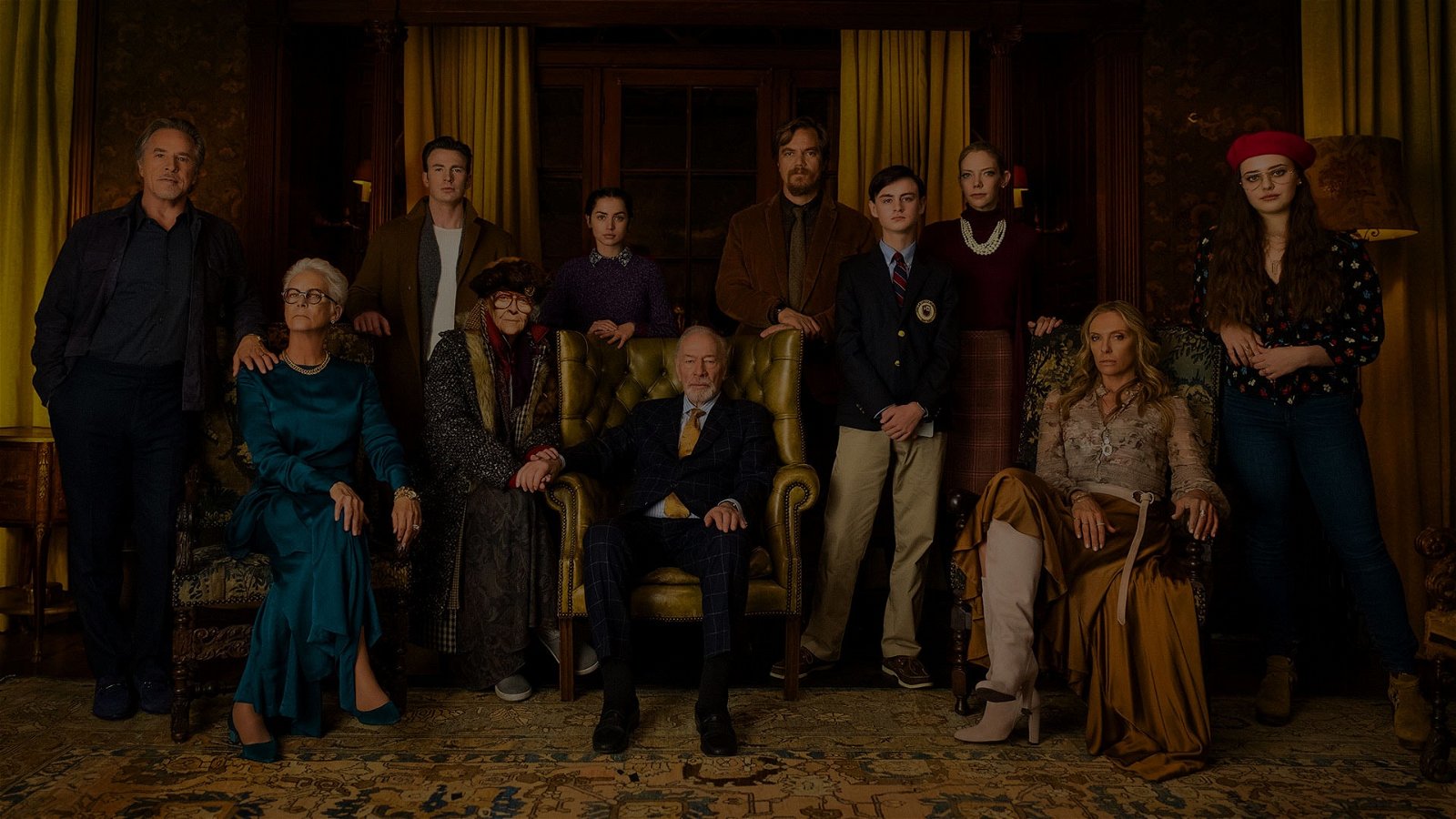 Rian Johnson didn’t need to “redeem himself” for The Last Jedi no matter what side of the debate you’re on.

He already tested his mettle nearly 15 years ago with the fantastic and underrated Brick, which has withstood the test of time and helped cement his love for unconventional hardboiled mystery. Knives Out is decidedly more upbeat than that debut effort but is cut from the same colourful cloth.

Can we just talk about Daniel Craig for a minute? He’s surprised us a few times these past few decades, but he’s really enjoying quite the post-Bond renaissance recently. Logan Lucky immediately comes to mind, as he steals every single scene he’s in. He kind of does the same thing in Knives Out, but has his work cut out for him with an insanely electric ensemble cast.

In fact, the cast is probably the best thing about this film. It’s great to see Chris Evans get out of his comfort zone and play a full-on asshole, and anytime Jamie Lee Curtis or Michael Shannon pop up in a project with even the faintest of comedic undertones, my reaction is Pavlovian joy. Every single person kills it in their role in Knives Out, even if a few folks were underutilized in favour of a core focus on several central players

That all would have worked on its own even if the actual mystery was hackneyed and tired. It isn’t. Dancing around the core as much as I can, we get a big Columbo-esque reveal fairly early on and it sets the tone for the rest of the tale. Rian Johnson masterfully weaves this story (which he wrote) in a way that inherently makes sense but still reeks of style. It’s jazzy and quick, but never loud or rushed. Any “gotcha” moments feel at least somewhat earned.

The main bit I take umbrage with is the middle: which is decidedly less urgent than the rest of the film and isn’t quite as clever as it thinks it is. It’s a tough gig, following up such an explosive frontloaded series of events; but it eventually finds its footing and ushers us into the finale with style.

Knives Out is a great example of a tastefully updated classic Agatha Christie theme. Johnson puts his own personal spin on it from the inside out, and each cast member is there to fully support his vision and see it through, through thick and thin.

Although it loses some steam midway in, Knives Out is a comedic riot with an intriguing core mystery. 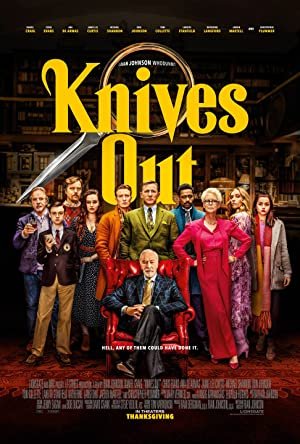