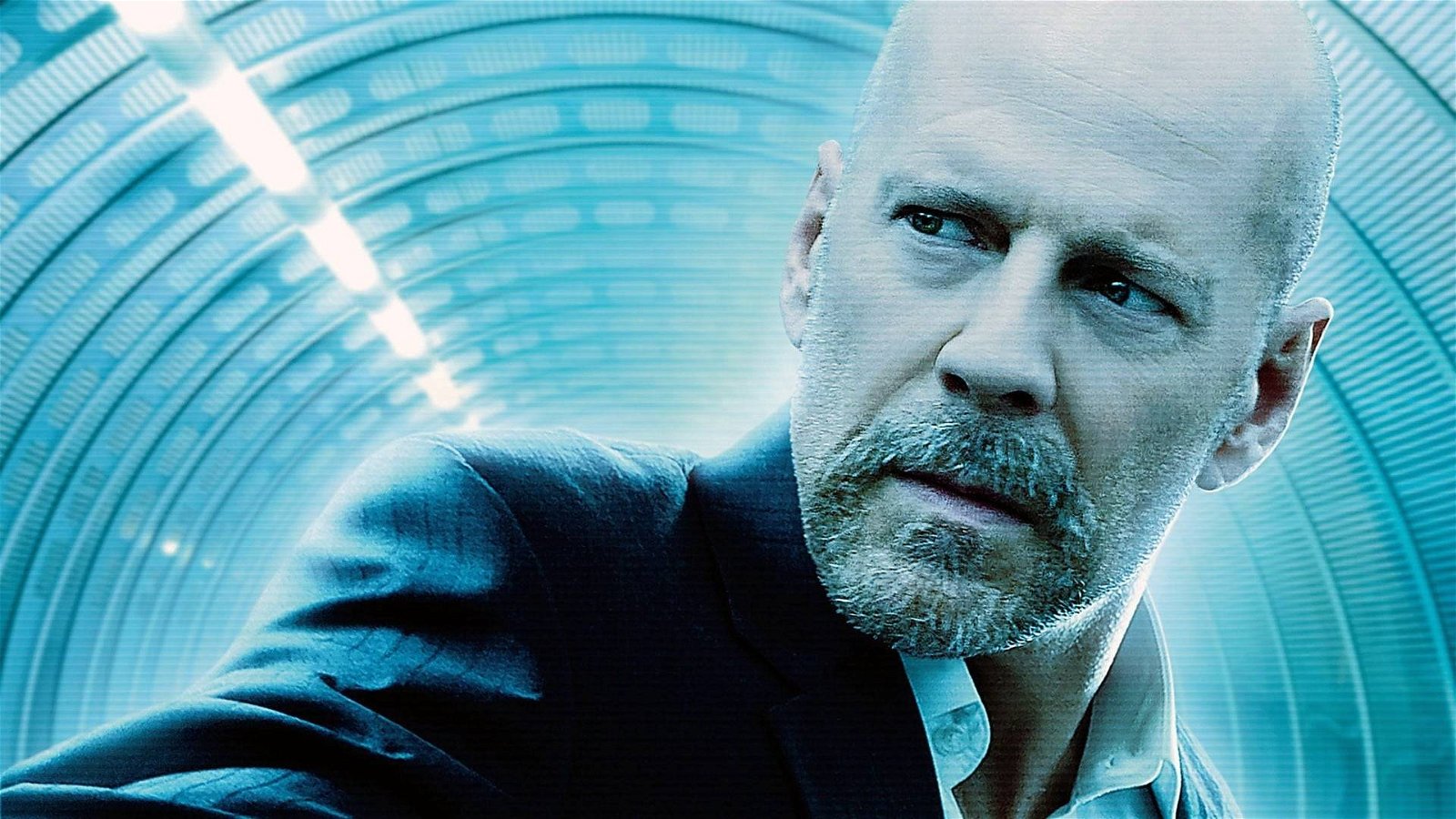 It’s difficult to appreciate how bad a movie Surrogates is without talking about the litany of logical fallacies in the film. Based on a graphic novel by Robert Venditti and Brett Weldele, Surrogates is about a future where most of humanity plugs into robot duplicates through which they live their daylight lives. As a person sits in a specially designed rig in the comfort of their own home, their “surrogates” go to work, run errands, hit the club, pick up a hottie, in other words, everything except going to the bathroom for you. Awesome, right? But there’s just one thing: what’s the point? Sure surrogates keep you from experiencing the bad, like massive internal injuries inflicted in a helicopter crash, but what about the pleasantries in life? What’s the point of experiencing those through a robot?

So now we’re off to the races because instead of sitting back and enjoying the movie, you’re asking a tonne of questions to yourself about its most basic premise. Surrogates supposes that in this robot future, human beings will suddenly find it within themselves to get along and eliminate crime and other social ills as if the true cause behind them was the fact that people can’t deal with each other in the flesh. As if some people, I don’t know, might not use their surrogates to do bad things specifically because a controlled human robot might be sturdier and better suited to commit certain deeds. Why is robot future so much better? Because people never have to leave home. Ever. That’s messed up.

But in another bizarre twist, how is everyone able to afford robot doubles? Some people can’t even afford a car and I expect a near-perfect replica of yourself (with or without alterations) to be considerable more pricey than the average gas engine block on four wheels in a metal frame. And considering how recklessly I see people use their automobiles on a daily basis, I wonder how well we’d treat our robot selves if the potentiality arose. Think of it: no pain, no limits, more strength, and more durability; everything you can do, I can better with the proportional physical dexterity of a machine.I just couldn’t understand the appeal, and it seems there are numerous other citizens in this world that don’t either. This leads us to another little plot hole though because if surrogate use is near universal (as offered at the beginning of the movie), then how is there able to be such huge pockets of resistance, enough that every major city has a ‘rez,’ a machine-free zone outside government control.

Even the characters in the film seem surprised at just how corrupt and imperfect their perfect world is. “You mean you can hack into my surrogate and tell it to shut off and you don’t a person’s permission or anything?” Of course you can, and who cares? You can get hit by a bus and keep on ticking!Bruce Willis stars as an FBI agent caught up in a conspiracy to end so-called surrogacy and return humanity to a state of not living life through robots. A new weapon has the ability to fry a surrogate and send the signal back to the human at the wheel, blowing their brains out the back of their skull.

Willis likes to do these sorts of movies every now and then, thinking man’s sci-fi like The Fifth Element or 12 Monkeys. Surrogates may sound like something written by Philip K. Dick, but this is Dick dumbed down. A sci-fi/noir that gives away all its cards upfront, depriving the screenplay of whatever mystery it ever might have had.On the surface, Surrogates has the appearance of a movie that thinks it has a message and thinks it’s competent enough to tell it. But the bottom line is that others before, like the late, lamented Battlestar Galactica, have handled issues of the synthesis of man and machine in a much more competent manner.

Unfortunately, Surrogates doesn’t even gel as a thriller, a mystery or an action movie, it’s merely a half-hearted affair that thinks it’s more sly than it is. When you’re caught up thinking about all the little things that the movie’s not about, all the little things it shouldn’t have to explain, then you know you’re in trouble, and Surrogates is in big trouble indeed.

Unfortunately, Surrogates doesn’t even gel as a thriller, a mystery or an action movie, it’s merely a half-hearted affair that thinks it’s more sly than it is. 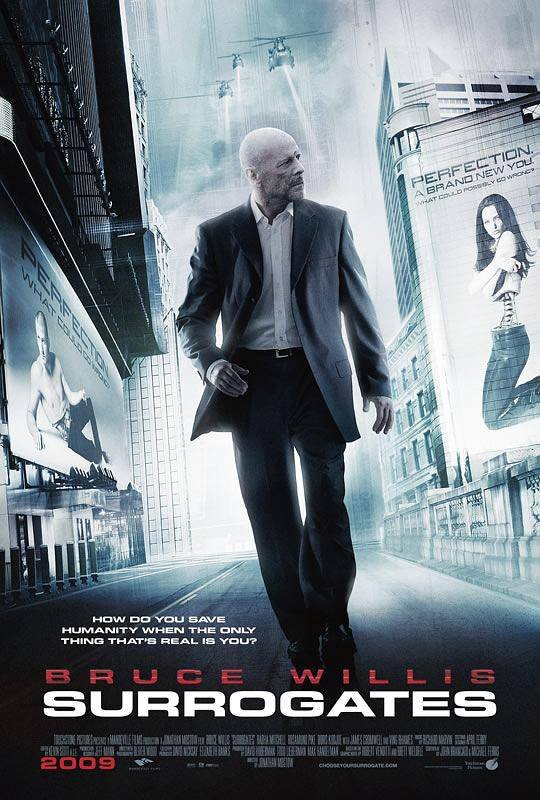