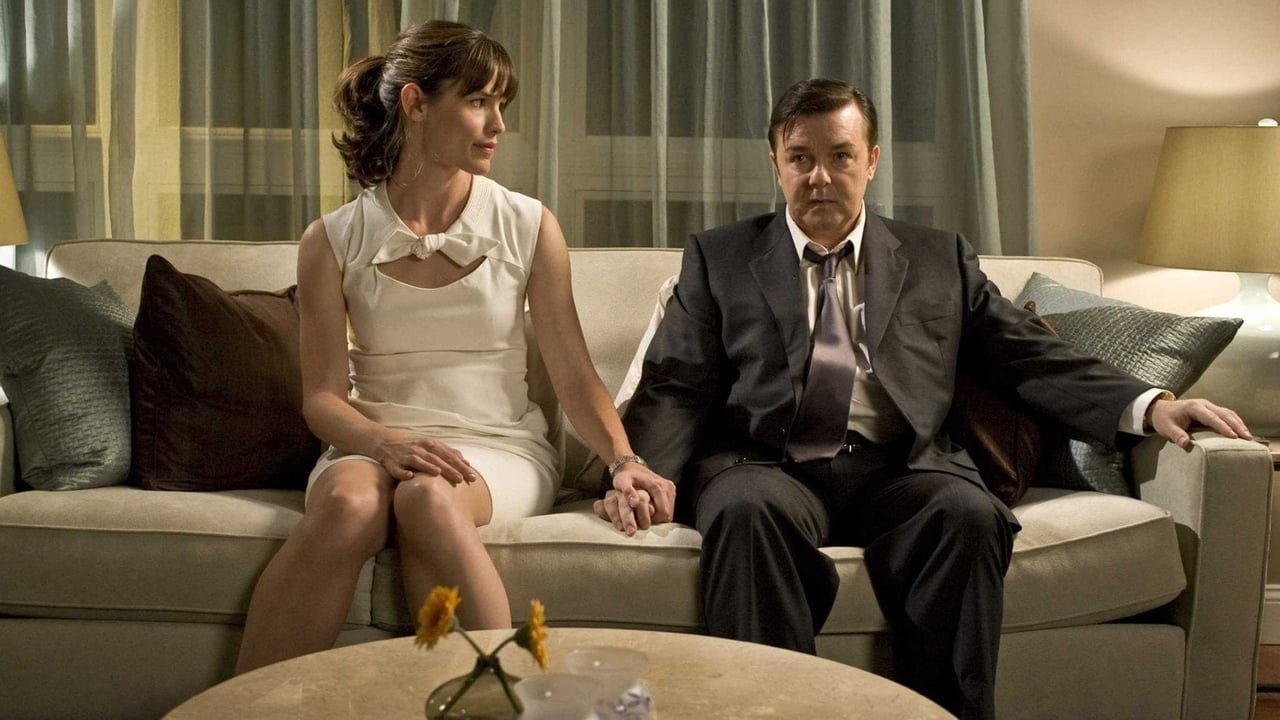 Off to a rough start, The Invention of Lying, at first, seemed inappropriately named. It occurred to me that the movie should have been called “World of Rudeness” or “The Realm of Overly Blunt People,” something along those lines. But in the end though, what Ricky Gervais with co-writer and co-director Matthew Robinson has done is make a dramedy that keeps you on your toes all the way through, and never stays completely the same thing from one moment to the next. The results are mixed to good. Certainly there are a group of actors here that were up to the Gervais challenge and because of that Invention hits a lot of funny bones from beginning to end.

I still argue that the premise is kind of flimsy though and I would point out there’s a difference between unabashed honesty and the adroit and thoroughly bold insolence that the people in this world are capable of. Is happiness really tied to one’s capability of lying? Because that seems kind of messed up on a myriad of levels because it says that happiness is a lie, and that upwardly mobile success is tied is directly related to ones ability to tell an occasional fib. I’m not sure if that was Gervais intended message, but that’s definitely what came across my mind. Sincerity need not necessarily be analogous with nastiness and simply biting your tongue is not an act of deceit either.

But the film gets started as a bizarro romantic comedy with Gervais’ writer, Mark Bellison, arriving at the door of Anna McDoogles (Jennifer Garner) for a date. He’s excited, but she’s pessimistic. After all, look at Bellison: he’s short, he’s overweight and he’s unsuccessful. The promise of a second date is unlikely, and to add insult to injury Bellison’s boss (Jeffrey Tambor) finally worked up the courage to fire him. But then Bellison makes an Earth-shattering discovery, he’s the only one that can tell lies in a world full of people that can tell nothing but the truth, and naturally they believe him. This new ability makes Bellison rich, powerful and successful in every way he can possibly imagine, and then he does something really stupid.

From here The Invention of Lying transposes into something a little deeper than a high concept rom-com. As he tends to his mother on her death bed, Mark, while trying to quell her frightened state, tells her a story about a wonderful place you go to after you die where everybody gets a mansion and you get to see all the loved ones you’ve lost and it’s all run by an invisible man in the sky. Yikes, I thought. Mark Bellsion just created religion. In a world of unflinching honesty, I suppose that organized religion, by the fact it’s built on belief and not truth, doesn’t become a prevailing influence. Want to attract lightning to your rod, there’s no better way than raising the religion issue. Fortunately, Gervais’ treatment is not condescending, and is actually rather astute.

The script is quick, witty and really funny. If you’re a fan of British humour, then The Invention of Lying will definitely appeal to you and that’s with the fact that Ricky Gervais is the only Brit in this thing. Garner shows herself incredibly adept at keeping up with Gervais and Rob Lowe makes a great villain in the former of Mark’s workplace rival. There are also a number of really great cameos including Philip Seymour Hoffman and Edward Norton, with Norton especially winning a lot of laughs in a part where you barely recognize him at first. The actors definitely sell you on the concept; otherwise this just could have come across as other Saturday Night Live sketch stressed beyond its plausible length.

Certainly, The Invention of Lying has loftier ambitions than the average, run of the mill comedy, and it seems to succeed for the most part. The concept, although I think it gets kind of stretched, works better than I thought it was going to, and the inclusive nature of the script keeps things unpredictable and interesting. There are times that I think the script was stretching it with the religion stuff, but overall I appreciate the sentiment that Gervais was trying to say, taking a complex issue and revelling in its complexities. It won’t appeal to everyone, but I think there’s a lot to like about this movie and the subversive comedy of Ricky Gervais. And that’s no lie.

Certainly, The Invention of Lying has loftier ambitions than the average, run of the mill comedy, and it seems to succeed for the most part. 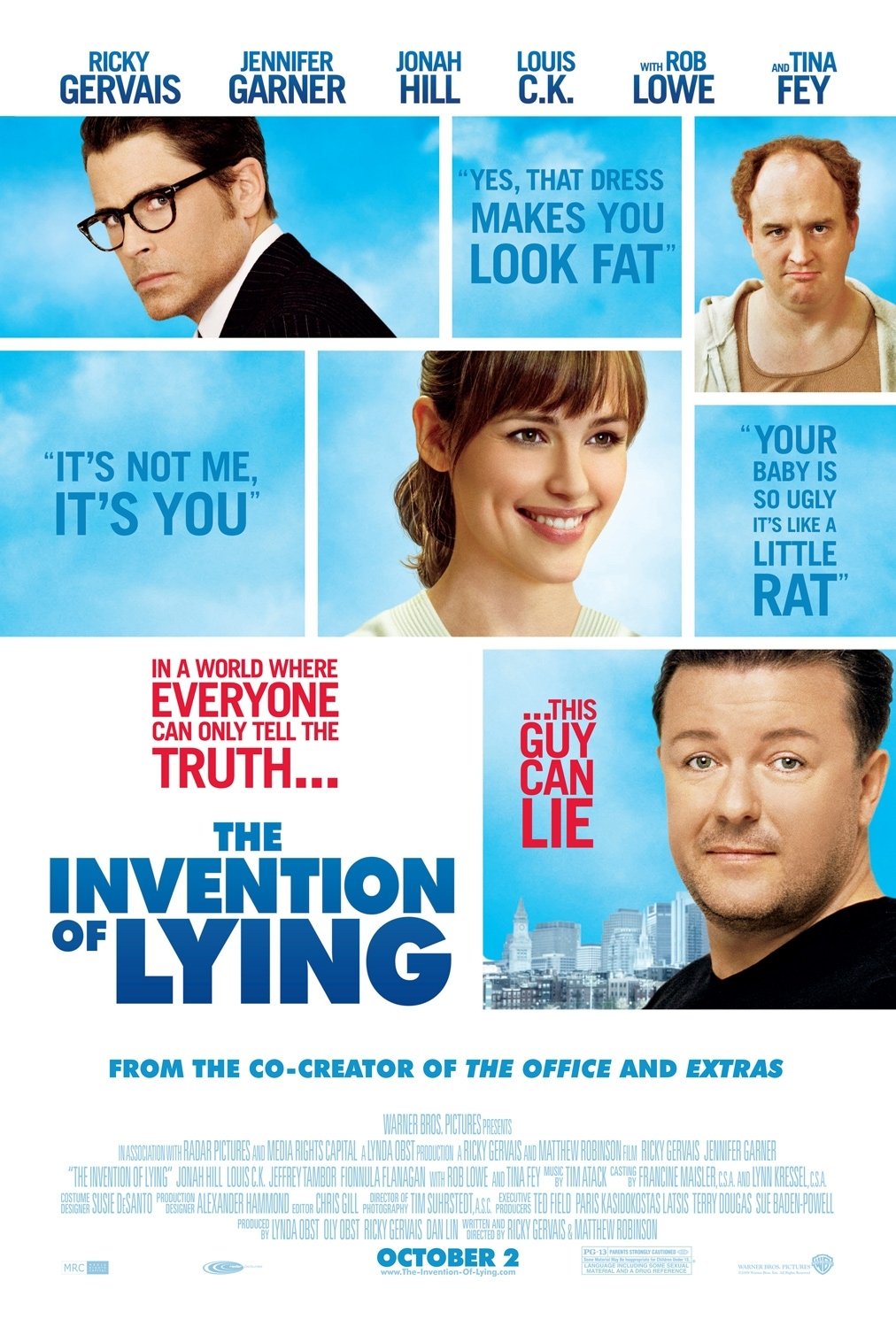