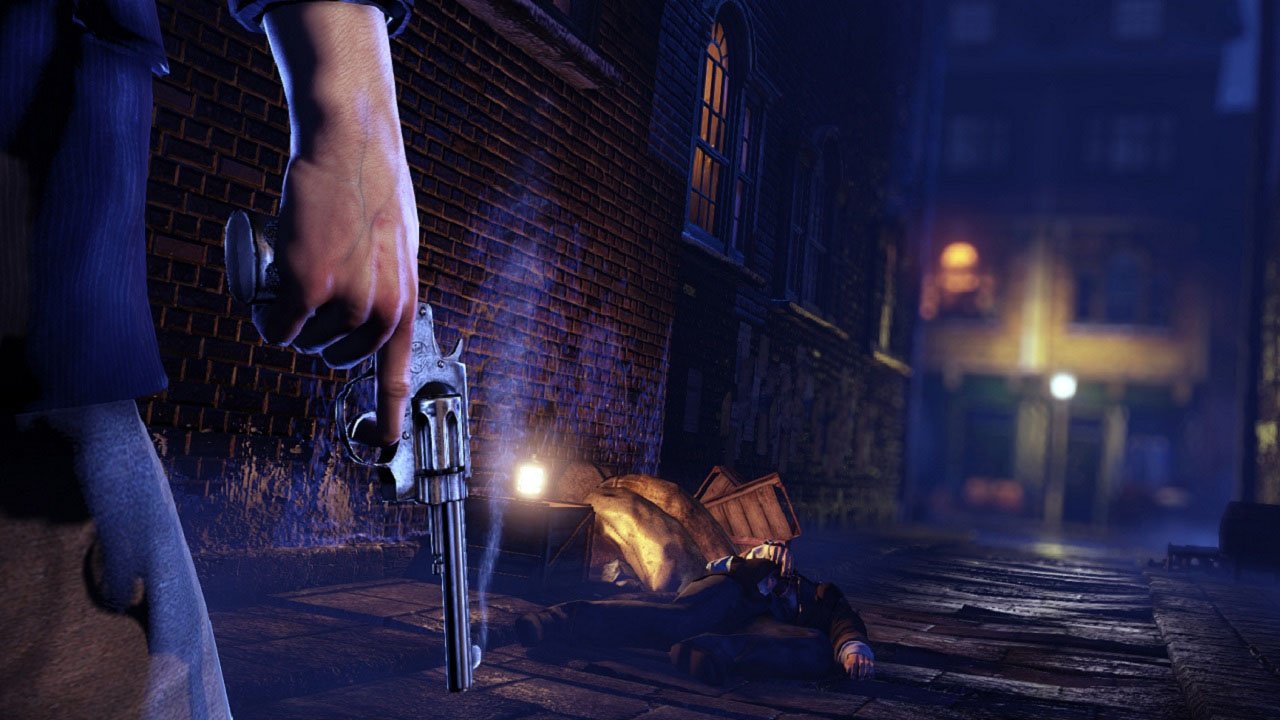 The Game Is Afoot

The mystery genre has had a tough time of it in the AAA gaming landscape. Whereas the first person shooter can count on a least a dozen titles every year, in the last four years, we’ve been lucky to have a one game per year schedule, with the likes of Heavy Rain, L.A. Noire and Murdered: Soul Suspect to scratch the “Whodunit” itch. Enter Frogwares, a small European studio that has, up until now, been cranking out Sherlock games since 2002 that have been quietly ignored. They had a chance with this new console generation to finally get some attention while gamers are still relatively starved for new content. Incredibly, they have succeeded.

At this point anyone who hasn’t at least heard the name Sherlock Holmes is probably also living in the Amazon jungle and thinks a fun time is sleeping in a tree and not getting killed by a jaguar. Sherlock is an icon of Western fiction, the ultimate detective against which all other detectives are measured. Here, players are confronted with a Sherlock Holmes that retains much of the original Sir Arthur Conan Doyle spirit; he’s brilliant, arrogant, manipulative and far more interested in the difficulty of a case than its legal or moral implications. Without spoiling anything (this is a mystery game after all) Sherlock Holmes takes on six very different cases, one of which originally appeared as a short story in 1904. These are self-contained “episodes,” so there’s no need to marathon this game, and, in fact, it’s strongly discouraged. Like a mystery novel, or television series, it’s better to experience each case one at a time, rather than simply try to solve all of them as quickly as possible.

On the presentation-side of things, Crimes & Punishments is a cross-generational title, but its use of the Unreal engine manages to keep the game graphically competitive with AAA games on the PS4 and Xbox One. No, doesn’t look as good as Infamous: Second Son or Ryse, but it looks better than typical indie games, and the art team at Frogwares has done a fantastic job of recreating early 20th century London. Environments are small, and thus detailed, giving a real sense of location to everything from parlours in British manors to train stations and turn of the century botanical preserves. The audio is similarly competent with the kind of effete, snooty British voice acting one would expect from the period. Holmes is portrayed as a jerk, but he gets away with it since he’s a legitimately brilliant jerk, while the other characters could have stepped out of the pages of any 19th /20th century fiction, or even pastoral British mystery shows like Midsomer Murders. For a game with smaller budget, Frogware has done a lot right in terms of sight, sound and feel.

Getting into the actual game, what we have here is the first, full-on, legitimate mystery game for the current generation. Murdered: Soul Suspect tried to fill in the hole with a supernatural, find-your-killer angle, but the integration between ghost mechanics an actual detective work was uneasy. For Crimes & Punishments however, Frogware has achieved a nice balance between converting investigative work into game mechanics, and giving enough space to players to draw their own conclusions, right or wrong.

The game is essentially an interactive whodunit, with a few QTE based action sequences scattered here and there for variety, but it is NOT an action game. Anyone looking for that should stay far, far away, the primary mechanics in this game are exploration, puzzle solving and deduction. Six very different cases take Holmes through a wide variety of different activities, with expected crime scene investigation and autopsies, as well as more unconventional fare like botany experimentation and disguises for spy work.

The actual mechanics fall in the realm of adventure game conventions. Players can switch between first and third person views, examining evidence, interviewing suspects and witness, and occasionally solving puzzles such as lock picking or crime re-enactment. As information is gathered, Holmes unlocks choices on which to base his deductions and, when enough evidence is gathered, the deductions can be connected to make a final conclusion that wraps up the case. The most interesting aspect of the deduction system is that while there is a canon, “right” answer, the game does not require that answer in order to wrap up the case; players can solve cases half-way through based on evidence acquired and conclusions drawn, though it may not necessarily be the right culprit. It’s similar to the option to arrest the wrong suspect that L.A. Noire featured a few years ago. It makes for an open game that challenges players with a few credible theories, and leaves it up to them to decide which choice makes the most sense to them. And it’s a lot of fun. Few games these days allow players the less popular luxury of exercising their mystery game prowess, and fewer still make it possible for players to draw their own conclusions and pursue them to the end. Crimes & Punishments does both these things and even gives players the option of simply accepting their own answer as the “right” one, or checking against the game to see if they selected the wrong suspect, and trying to understand where their logic failed. Crimes & Punishments succeeds because it manages to combine a surprisingly open deduction system with a wide variety of different investigation activities, eliminating the feeling of repetitiveness that can sink in if one central mechanic carries on for too long.

If any real complaint can be leveled at Crimes & Punishments, it’s that it might be too logical for its own good. Hardcore fans of whodunits are used to convoluted logic, where the most likely suspect isn’t the murderer because of a lot of acrobatic acts of plotting used to keep the mystery going. With Crimes & Punishments, methodical thinking will often be rewarded with the right suspect, as the game doesn’t feel the need to throw out too many red herrings or other distractions to hide the true culprit. Those new to mysteries will probably find this gratifying, as it means they’re suspicions make sense, but the devoted may find this too easy.

In the end Crimes & Punishments lands on consoles with some pretty good timing. The flood of November games is still a ways off, and the Xbox One and PS4 are still badly in need of quality games. Crimes & Punishments may not be a top ranking game in terms of AAA polish, but it’s a surprisingly fun, intelligent whodunit romp through the world of Sherlock Holmes. Anyone not afraid to use their noggin is going to enjoy this, though the $60 price tag may put some off. Price aside, this is a thoroughly enjoyable mystery game, and currently the best one to play on current generation consoles.

At this point anyone who hasn’t at least heard the name Sherlock Holmes is probably also living in the Amazon jungle and thinks a fun time is sleeping in a tree and not getting killed by a jaguar. 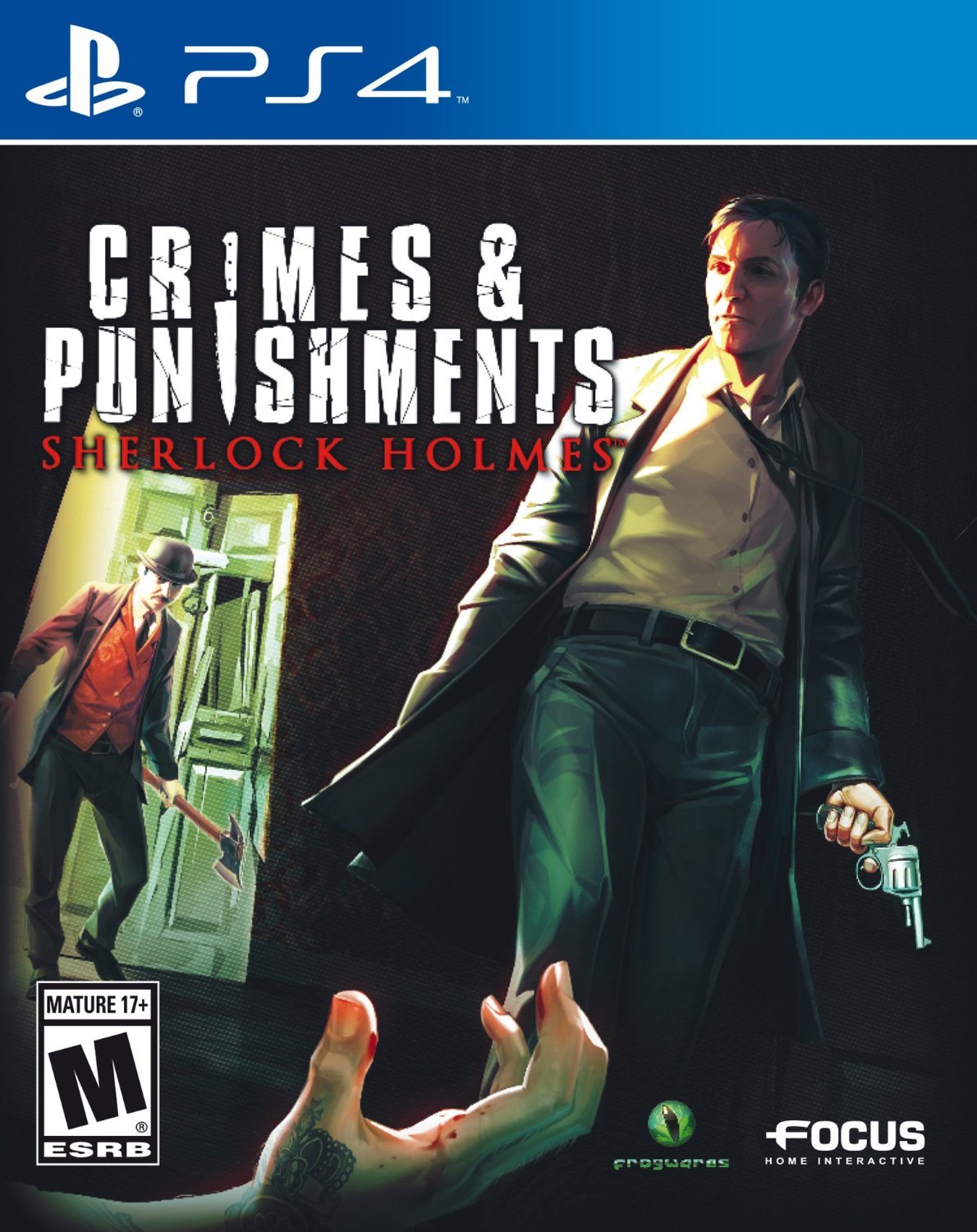