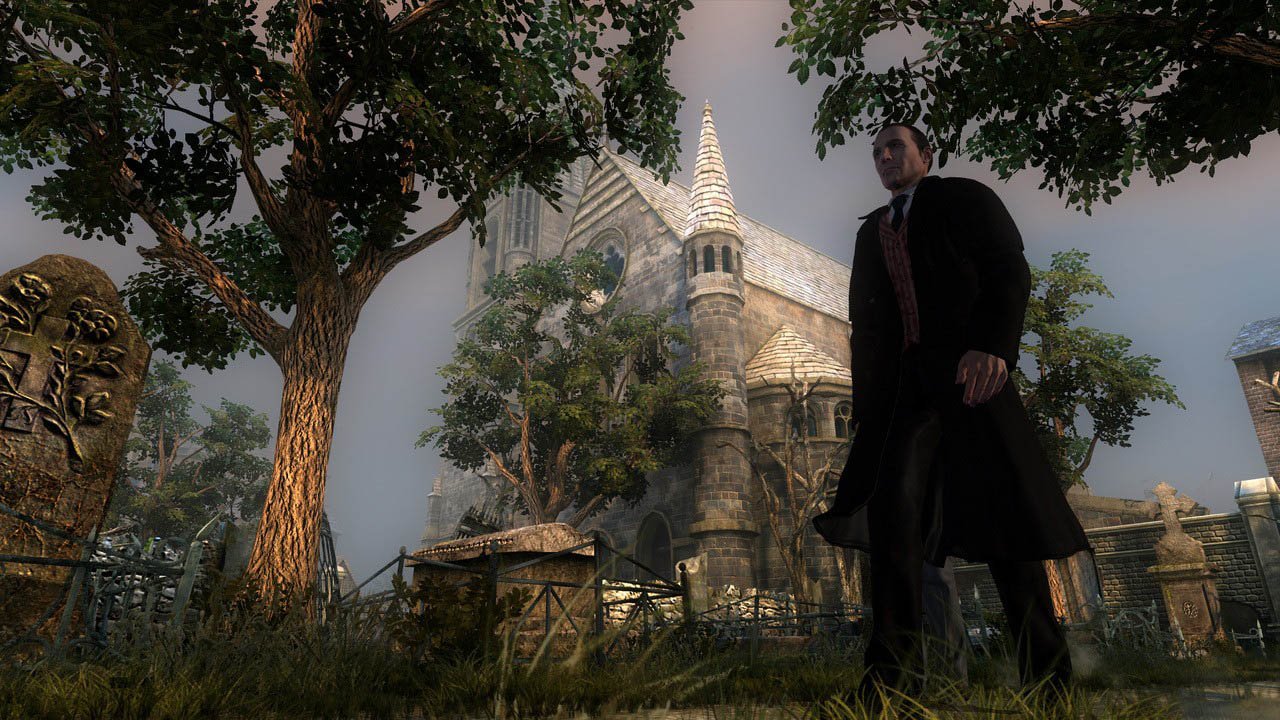 For people who thought the puzzles in the original Legend of Zelda were too difficult to figure out, the Testament of Sherlock Holmes is completely out of your league. The game provides brain busting puzzles within the first half hour of playing the game. While the difficulty of the riddles can be off putting to any player, even a veteran puzzle solver, they feel completely in place accompanying the character of Sherlock Holmes. Players who are purchasing this title are fans of the highly functional sociopath. Whether they’re fans of the original Sir Arthur Conan Doyle series of novels, or perhaps fans of the 2010 BBC miniseries, they are aware of this character. If you weren’t familiar with the character of Sherlock Holmes and decided to pick this game up on a whim, you wouldn’t have a fun time. I’ve been a Sherlock and Watson fan since I was eleven or twelve years old and read my first Sherlock tale. This game, pushed my brain to the limit, and I loved every single second of it.

Here’s the deal with the puzzles; they’re not your run-of-the-mill puzzle. In one circumstance toward the beginning of the game, Sherlock must break into a safe to discover what the murderers in this particular case were after. You must use a chess piece to try and figure out the code. In a game where the possibilities of moves are endless, the inclusion in the game is fantastic. It’s also controller throwing worthy. This puzzle alone took me over forty five minutes to figure out. About halfway through my hundredth attempt, I practically threw my controller at my television, before deciding to grab some grub. I had high hopes it was a lack of food which was making this seemingly impossible riddle block me from discovering who the murderer was. What keeps you going, then, when the aspect of having fun in a video game is removed? When I eventually figured out the puzzle, the utter elation which crept into my bones made the entire experience completely worth it. This is how the puzzles play out throughout the entire game, except the difficulty intensifies with each new discovery made.

Considering the puzzles make up the entirety of the game, it’s absolutely fantastic the game switches up the types you must complete. Most of the puzzles occur at the actual crime scene you are called to. After walking around the room, investigating certain areas Sherlock must examine, a puzzle is brought up on the screen which must be solved. One of the more logical puzzles which pops up throughout the entire game is in Sherlock and Watson’s, “Deduction Notebook.” This puzzle is a matching game and to solve it, you must associate the proper answer with the question being asked. This requires some rational thinking about the case on hand and provides a challenge as you must come up with the proper answers the case provides. For someone like myself who is utterly obsessed with Sherlock Holmes, the feeling of being on the same level of brilliance as he is for a short period of the time makes the game completely worth it.

Is there any action?

One of the problems with the game is the complete lack of action. Understandably, a puzzle game is not going to hold up against a game like Uncharted, but the exclusion of action makes the game drag on at certain points. While the plot thickens, the anticipation you as the player feels also grows. The perfect offset to this would have been to include some kind of simple action, like a chase or a fight. Sherlock fans will know of Sherlock’s love for boxing and any form of sport which will get his heart pumping while on a case. It would have been absolutely fantastic if Frogwares had included a fight between Sherlock and a  murdering felon, or a chase to find the fleeting fox. Action would have provided a clean break between the complicated, brain frying puzzles and the extensively long cutscenes.

Does It Resemble The Books Or Movies?

While there isn’t a direct correlation to either the books or the movies, this Sherlock title leans more toward the traditional Sir Arthur Conan Doyle characters then the Stephen Moffat versions. Setting the game in an early 20

century plays out extremely well with the case you have been selected to solve. The gruesome murder plays heavily on beliefs associated with this time period, while the macabre occurrences work well with the overall noir tone.  There were some factors missing which I thought should have been included. Not once throughout the duration of the game does Sherlock use cocaine or methamphetamines. Sherlock is a well-known drug user who uses the stimulants to hasten his thinking while working on a case. Considering the ERSB has rated this game mature, the inclusion of a drug scene wouldn’t have been out of character, and would have been a nostalgic throwback for fans. John Watson, Sherlock’s only friend and trusty sidekick, played an excellent boy scout in this game; a feat no one should ever be proud of. Instead of the witty banter which has been carried throughout each medium over time, Watson spurts out obvious statements and becomes increasingly annoying. The combination of all the different aspects makes the game its own, but not very successfully.

It’s A Text Adventure Without Text.

The best type of game to compare this to would be the old school text adventure games. Some of you who are reading this piece won’t know what a text based adventure game is and this section will seem completely useless. Text or graphic adventure games, however, were very popular before the age of major consoles and allowed players to delve into a variety of plot lines, having full control over the game and using pure thinking power to get to the end. The Testament of Sherlock Holmes is precisely that, minus the text. Like the early CD hit Myst, You must use only your brain to come to the conclusions Sherlock would. Once you’ve mastered this remarkably difficult concept in today’s modern age, you can sit back and vicariously enjoy the cinematic experience as the world’s greatest consulting detective. Sherlock, like the text based adventure games, doesn’t change the gameplay mechanics. The puzzles change, but the overall mechanic is the same. Go to a crime scene, investigate, go home, and begin to solve. You know exactly what to expect, in terms of actual playing, and was one of the first examples which drew me to the text adventure based games analogy.

Did You Have Fun?

The concept of fun in videogame reviews gets left out quite a bit these days, instead replaced with grunting and moaning. The biggest question I know I have when I’m looking where to spend my next $60 dollars is will I have hours of fun. If you are a puzzle fanatic, if you like to endeavour on ludicrously difficult challenges, and if you’re a die-hard Sherlock fanatic, this game is right up your alley. If your idea of a fun game is Battlefield or Bioshock you may want to save your money. I had a ridiculous amount of fun with this game, and found it an excellent accompaniment for bed. It’s a game you can throw on and not have to worry about high scores or online cred. This game plays excellently for fans of single player campaigns and heavily involved plot lines. The Testament of Sherlock Holmes is a complete toss up though, and if there are any doubts in your mind, I’d wait until it drops in price.

The concept of fun in video game reviews gets left out quite a bit these days, instead replaced with grunting and moaning. 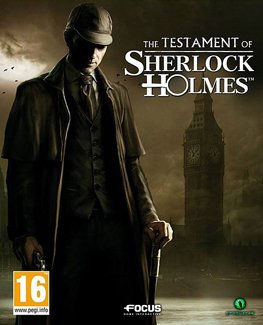