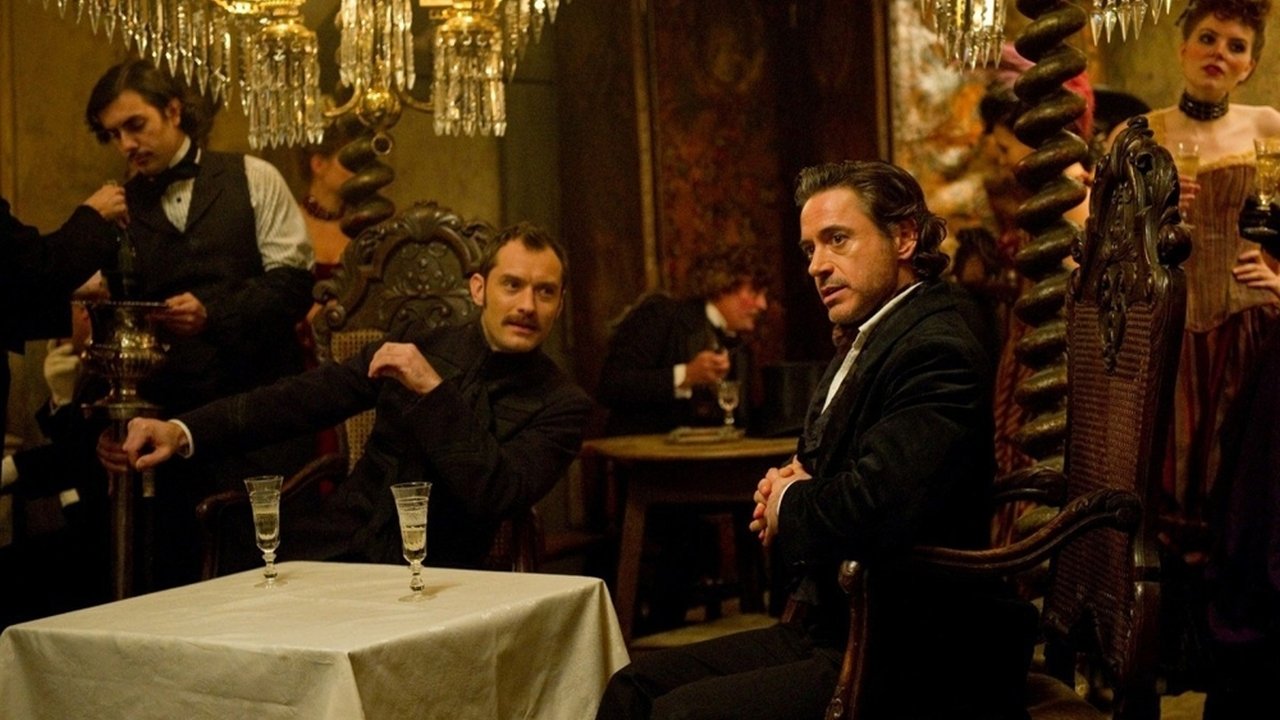 Sherlock Holmes returns with director Guy Ritchie (Lock, Stock, And Two Smoking Barrels) in charge, which means the man is not only the world’s most gifted detective, but also the finest bare knuckle boxer as well. That’s right, it’s time for round two of the high speed explosive reboot of the great detective and once again the franchise proves to work surprisingly well. Revving up the action in a Sherlock Holmes story should be counter-intuitive to the quiet mystery series, but something about this reboot seems to work.Maybe it’s the combination of whodunit plotting with slo-mo fistfights or maybe it’s the delightful casting of Robert Downey Jr. as a fast-talking, wise-cracking Sherlock and Jude Law as his endlessly befuddled Watson. Whatever it is, the series is fun, pulpy entertainment that might not be as intellectually nourishing as the source material, but makes up for it by adding way more guns n’ one-liners.

The film picks up shortly after the ending of the original with Holmes’ stock villain Moriarty now part of the equation and Jude Law’s Watson about to be married. A drunken bachelor party works a mysterious gypsy into the mix (played by Noomi Rapace, the original Girl With The Dragon Tattoo) and soon Law’s wife is dispatched for an international adventure to track down Holmes’ new nemesis. Moriarty’s plot become increasingly convoluted as the film goes on, initially appearing connected to French anarchist groups, but eventually transitioning into an unlikely conspiracy to kick off World War 1 a little early. It’s all pretty ridiculous hokum and difficult to predict given that the plot hinges on an endless stream of last second reveals that feel as though they were all tacked on at the last minute rather than carefully plotted in advance. That would be enough to derail the entire movie if it were truly about the mystery, but this edition of Sherlock Holmes is more about action, so the filmmakers just barely get away with their convoluted storytelling. At least this time it doesn’t all revolved around a faux supernatural conspiracy with a Scooby Doo ending. That’s a modest improvement, I suppose.

The film belongs to Robert Downey Jr. who is in no small part responsible for the success of the series in general. While his British accent may be wonky at times, Downey’s eccentric-verging-on-nutcase portrayal of Holmes is a joy to watch and he’s perfectly paired with a Law, whose self-depreciating portrayal of Watson is filled with all manner of humiliations between action sequences. The chemistry between the two leads is strong, which is kind the most important part of any Holmes/Watson pairing and it should be able to withstand another sequel or two if the box office support remains. Underrated British character actor Jared Harris steps in as Moriarty and is a great choice. He underplays the role with subtle evil that works as a nice contrast to Downey’s occasionally flamboyant turn as Holmes. If Anthony Hopkins or some other famous Brit had signed on for the role, the gloriously villainous overacting may have been a step too far in an already over-the-top movie. However, the best new addition to the cast is probably Stephen Fry as Sherlock’s brother Mycroft Holmes. The British comic’s dry-as-a-martini wit is a welcome break from the action n’ slapstick going on elsewhere and he collects some of the biggest laughs of the film in a small role. If there is to be a third outing in this Sherlock series, then hopefully Fry will have an even bigger role to play next time.

Guy Ritchie has to be one of the most unlikely choices to direct Sherlock Holmes given that his directorial approach is all about intense testosterone and excessive style. In theory it should be a terrible match, but it is a successful, if awkward marriage. At times his slow motion, fast-cutting theatrics can feel like a bit much, but his sense of humor and relentless pacing make for an entertaining ride. A Game Of Shadows not masterpiece, but it’s at least on par with the first Sherlock Holmes outing from this team. If you enjoyed the last movie, then you should have fun with this one as well. The action is well handled, the Victorian setting is evocative, and at the center of it all is a very entertaining bickering married couple portrayal of Homes and Watson that’s perfectly cast. The movie is still little more than big dumb entertainment, but at least it delivers the goods. You need to only look at Paul WS Anderson’s embarrassing Three Musketeers reboot from a few months back to see how easily this sequel and franchise could have gone wrong. At least there are no flying battleships in this one. That’s a plus.

A Game Of Shadows not masterpiece, but itâ€™s at least on par with the first Sherlock Holmes outing from this team. 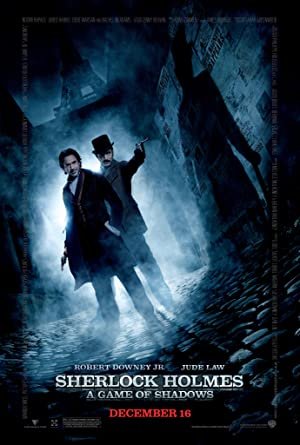