ToeJam & Earl: Back in the Groove (Switch) Review 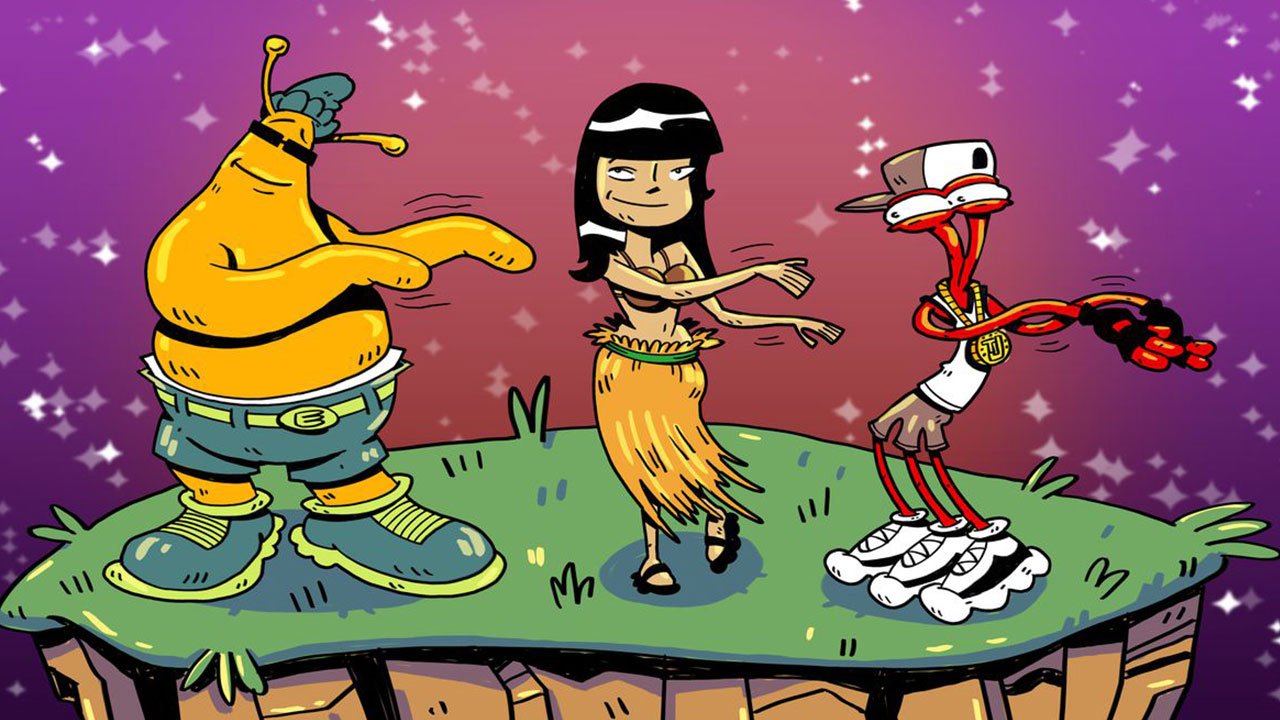 If you, like me, haven’t played a ToeJam & Earl game in over a decade, then you’re probably going to have the same reaction I did to Back in the Groove. This game just feels like more of the original game, sprinkled with some modern-day trimmings like rogue-lite progress, online four-player co-op, and tedious loading screens that last far too long.

ToeJam & Earl: Back in the Groove feels so much like the original game that whats new here barely is recognizable as new to me, without going back to play the original. You’re still a group of rapping aliens who crash land on earth and then just walk around levels shaking trees, bushes, and houses to find money or presents and looking for pieces of your ship to get home while avoiding evil humans and being aided by other nice ones.

The core gameplay is essentially a mix between a stealth game and hide and seek. You must hide behind sunflowers and other objects from humans, while slowly walking about the world in search of your ships parts. Along the way, you’ll find presents that can contain useful temporary abilities like shoes that let you jump over humans, wings that let you fly, and also harmful things like humans and level demotions. Some helpful humans will identify what presents contain for a small amount of cash, or you can just open them and hope for the best. Aside from finding the ship pieces, you must find elevators that take you to the next level up, which is literally above you. At times you’ll accidentally fall or be dropped down a level by a human, which means a slow treck across the previous level to find the elevator again to return to the area you were just at. It isn’t so much of a challenge as it is a frustrating waste of time.

There are a few different difficulty settings to play with including a short tutorial mode that doesn’t give you the ending or unlockables, a fixed mode where the levels are always the same, and then a random and random hard mode where the levels are randomly generated. I’ve played through a few times and can tell you that the random generation, like most games that have touted it, leaves a bit to be desired. After only a couple hours with the game, I already started to recognize the different pieces and parts used to generate the levels, which is disappointing considering how little actual content is here.

Outside of seeing the lackluster and abrupt ending, the only incentives given to you to keep playing more than once is to unlock 3 of the 9 playable characters —  which don’t make all that much difference as it only changes what the characters say to each other between loading screens and their starting stats — and to unlock different hats and items that can be used in subsequent playthroughs. Plus, you can seemingly unlock most all of these pretty easily by just joining someone’s public game on the last level.

There’s an XP leveling system now that boosts your characters stats each time you level up, but it never felt all that impactful or meaningful, just tacked on, same as the rouge-lite unlockables. What good does a hat that changes my stats do on subsequent playthroughs in the grand scheme of things? Why would that make me want to play more? It definitely didn’t in my case.

On the positive side, everything is over-the-top colourful, like a mix between a sweater Will Smith would wear on The Fresh Prince of Bel-Air and a Lisa Frank trapper keeper. The music is still funky and memorable as ever. If you want to be transported back to the ’90s via video game, then look no further than ToeJam & Earl: Back in the Groove. Just be warned, most games from that decade could be finished in under 2 hours, had little to no replay value, but at least this one only costs around $25.

The original ToeJam & Earl was ahead of its time in that it did ‘lol random’ before it was the cool thing to do. Back in the Groove continues to do this, but it feels so much less fresh in it because it’s been so played out. Yeah, there are evil dentists with drills (again), but now there’s also a guy on a segway, and another on a cell phone. Get it? Because it isn’t the ’90s anymore, and I guess this is supposed to be funny. I certainly didn’t find many laughs playing the game other than my boyfriend’s constantly confused questions at what the heck was going on, and how frustrated the hula dancers made him as they forced him to hula dance while other humans attacked.

As much as I’ve criticized the game, I can’t deny that playing Back in the Groove is cathartic. I easily got sucked back to my childhood for a few hours when games aimed to be colourful and fun and had multiple costumes and unlockables included in the game, instead of trying to nickel and dime you and demand you play them weekly or fear missing out forever on content. I appreciate that I was able to get my fill of the game and happily step away from it.

ToeJam & Earl: Back in the Groove is one of those games hoping it can sell itself purely on nostalgia alone, as there isn’t much here that feels fresh or new, but I feel like that is the point. The developers certainly wanted to make a spiritual sequel to the original game and in that, they succeeded. So if you just want more ToeJam & Earl, you’ll probably be more than likely satisfied, but if you are hoping for something that feels like a modern day game that rejuvenates and brings life back to the series, this isn’t it.

ToeJam & Earl: Back in the Groove just feels like more of the original game sprinkled with some modern-day trimmings (rogue-lite progression, for example) that feel like an afterthought. 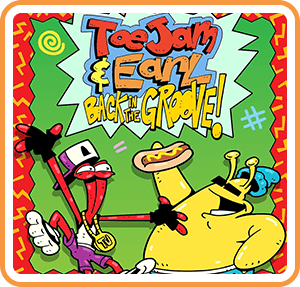