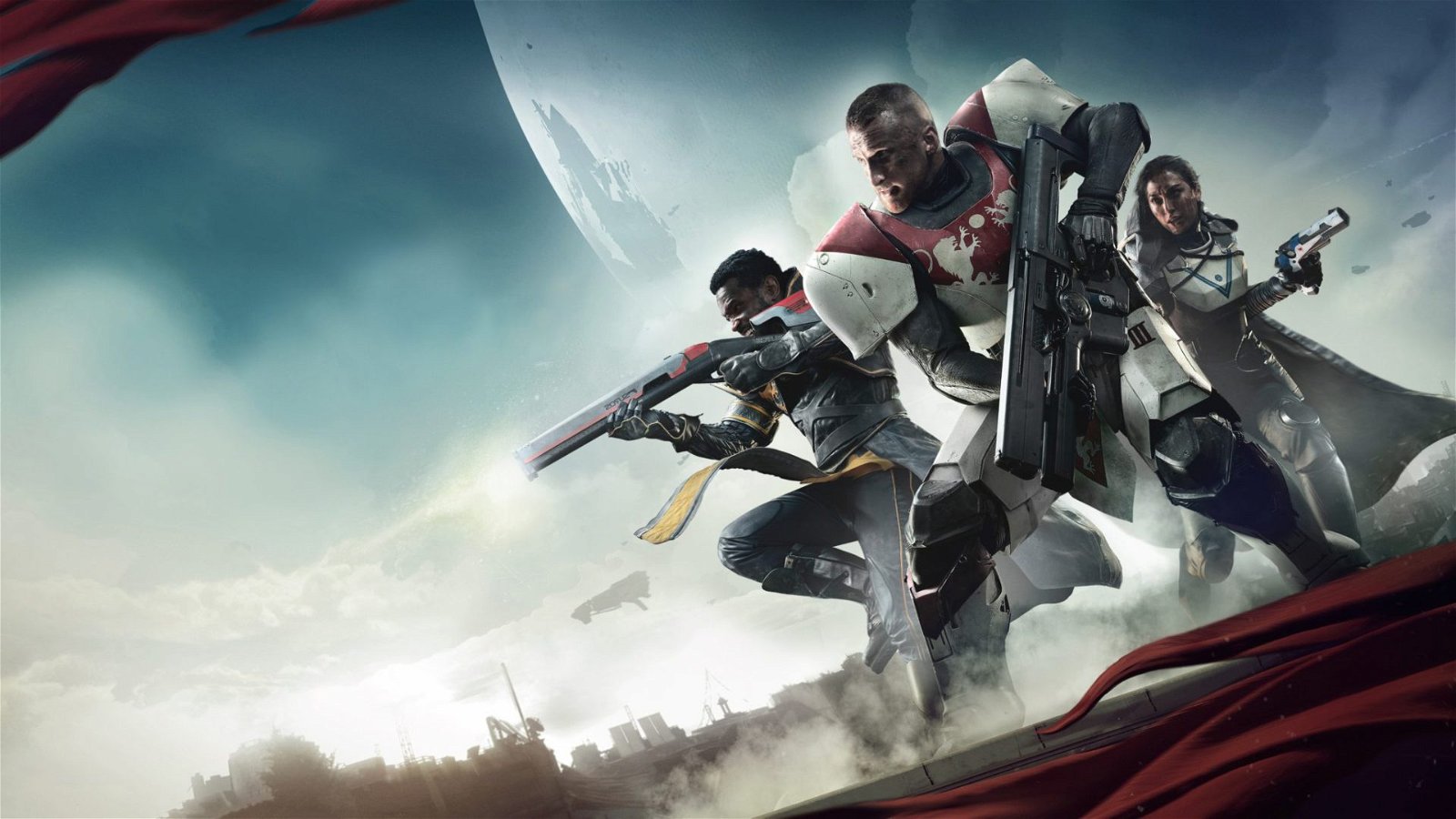 CGMagazine has decided to wait until next week, when the first raid is released, before we consider Destiny 2 to be a complete package; therefore, our final review will be released then. Until then, please make use of this review in progress. To make things easier on you, I will start by suggesting that many of you could go buy Destiny 2 right now.

The many of you that I refer to are those of you who’ve played the original Destiny and are looking for more of that. Destiny 2 is the definition of more, almost to the point of Destiny Too being a more accurate title. I am not being that facetious either. A lot of the guns look and feel identical to the equipment I used in the earlier parts of Destiny . All of the same bad guys are back with most of the same moves, and the majority of the gameplay is the same. Depending on how you look at it, this might not be a bad thing. After all, I was able to get back into top Destiny form in about five minutes; however, it’s hard for me to accept that a game I could legally call Destiny Too retails for $80 CDN. After some soul searching, I realized my anger really comes from the fact that despite the game’s similarities to the first one, I was not allowed to keep all of the gear that I worked so hard to collect playing through the original. Instead, I get lower quality equipment that only looks like the stuff I had. Sadly, this is just something I will have to come to terms with, because it is a fact of playing Destiny 2.

Most of the changes that veterans of the Black Garden will notice, and the most positive parts of this software, come in the form of streamlining the original game. The overworld map that you use to launch every mission of the original game is now called the director, and it allows you to start the next mission without going back to space. The open world community events are back, and this time they all come with a counter to tell you exactly when the event starts. The loot system has been re-worked in many ways so that you will spend a lot less time organizing and switching your equipment. They put a literal soccer field with two goals in the social space so that you can do something with that ball you’ve been kicking around since the Dark Below. The story is now an actual story, and not something that was cobbled together while the Q&A team kept the writers locked in a closet; however, the best part is that the things that did not need to be changed were not adjusted. The shooting still feels as smooth as ever, the acting is top notch, the loot still drops constantly, and the servers are still as solid as networked servers can be, which is probably the most important thing. Destiny 2, like the original, needs to be connected to the internet for any part of the game to work, so I am happy to report that aspect is solid.

I only have three real issues with the game so far, and only one of them feels serious to me. The first is that the game does something really cool with your character at the start, and then drops it after you complete a pair of missions. I am sure that this will come off as petty to some, but it really annoyed me to see new and unique gameplay under-utilized. My second issue is that reducing the multiplayer teams to four players per side did not have any positive benefits. The online gameplay of Destiny 2 has been balanced in such a way that it also feels a lot like its predecessor; however, having fewer teammates means that everyone needs to bring their A-game all the time. With six players you were able to adapt to having a few poor shots on your side. With only four players on each team everyone’s contribution counts more, and one poor shooter can really hurt your side. Finally, the way that shadows work in this game is weird. Many of the shadows appear to be instagram filters that are attached to the sides of various objects, and when you peak around corners it is very obvious that they are there. I would not say that these shadows hurt the game in anyway, but they sure are distracting.

With all that said, I am still happy to be playing Destiny again, and the problems I have listed should not stop the majority of gamers from playing this game if they are interested. The game will earn no points for originality, but it does address most of the complaints you would have had with the first game. With that said, look for CGMagazine’s final opinion of Destiny 2 after the raid is released on September 13th 2017.