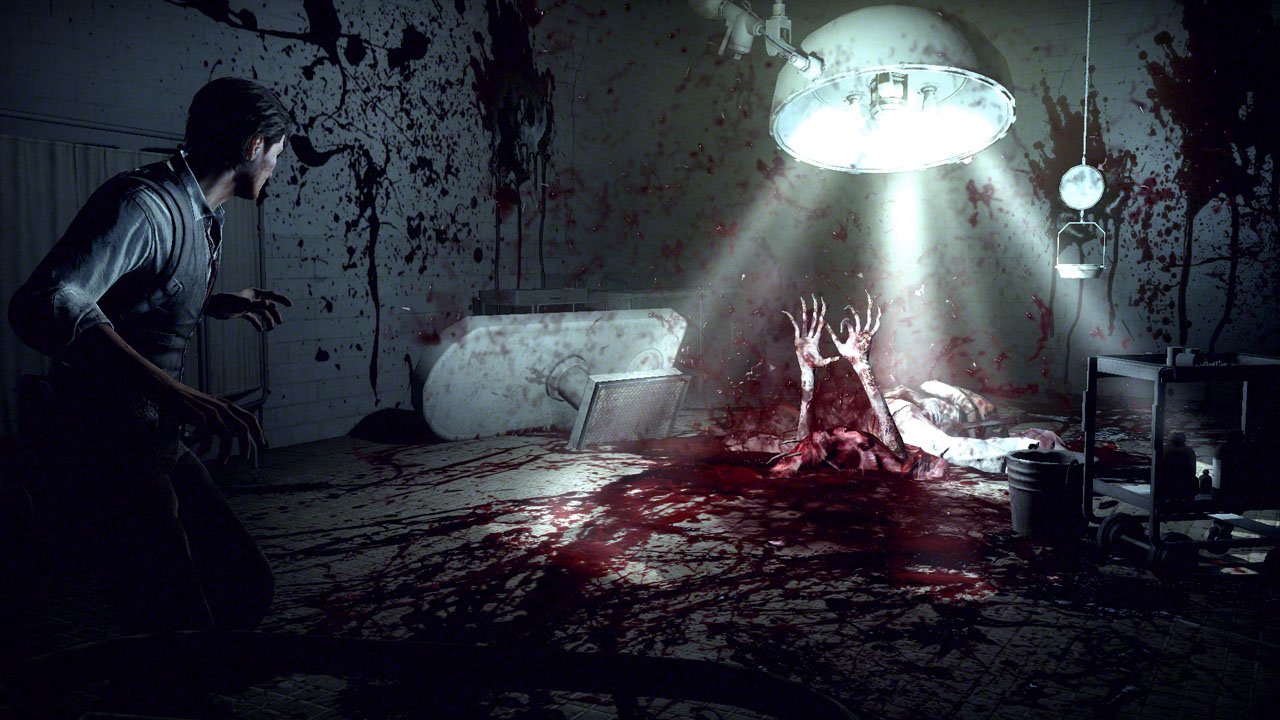 Spooky Games Are Not Always Scary

The Evil Within isn’t a great game, but IT’s a fairly good one that I think is a pretty fantastic fit for anyone looking to inject a bit of spookiness into their October. Saying so may seem at odds with the fact that I didn’t find Tango Gameworks’ survival horror revival the least bit frightening, but it shouldn’t.

I’ve always thought there was a distinction between media that is legitimately terrifying and work that is aimed more toward simply entertaining the audience by making use of a horror aesthetic. A truly scary Movie—something like The Exorcist—might deeply frighten viewers whereas one that only looks to entertain using similar, macabre tropes—Evil Dead II, say—can have a spooky atmosphere without ever being really unnerving. In one case, the creator’s aim is to use symbols of fear like demonic forces and possession to affect the audience on a fundamental level; in the other the intention is to turn those same elements into a source of good action and Comedy fodder. The two films, despite sharing a genre, have completely different goals.

This same distinction between scary and spooky is found everywhere in horror games. Though we’re pretty quick to lump every title with a zombie and dim lighting into the same horror category, there’s a pretty clear difference between games like Dino Crisis and Silent Hill. Both may be filled with staples of the genre (bloody hallways, dangerous monsters, constant tension), but only one of them is likely to linger in players’ minds after they’ve stepped away from the controller. (Hint: it’s the one without dinosaurs.) While some may bag on spooky games that aren’t great at actually frightening their audience—think of the common complaint that games like Resident Evil 4 and Dead Space 2, while a lot of fun, aren’t very scary—I appreciate being able to choose between the two types of horror.

As much as I love effectively frightening games, they aren’t typically the ones I go back to again and again. Once they’ve been played for the first time, the fear of the unknown that makes the initial experience terrifying dissipates with the knowledge of what comes next. Playing through Kojima Productions’ P.T. was downright unpleasant when it was first released. But going back to it, knowing when something is about to pop out from the shadows, takes away much of what is entertaining about the game. Luckily, I don’t think every game has to shock players to their core in order to qualify as a good horror experience. Sometimes, when I’m in the mood for a scary game, substituting something merely spooky is good enough. This is where The Evil Within comes in.

Like the Resident Evil games, The Evil Within is full to the brim with genre trappings. The player explores rundown hospitals, churches, and crumbling cities while fighting off a host of grotesque monsters and zombies. The environments are splattered with gore, the environments are dimly lit, and the main character is far less powerful than the enemies he’s forced to contend with. Despite all of this, the game feels more like an action-packed creature feature than a proper horror story. Every monster can be defeated with enough firepower and the most shocking moments involve more direct violence than lingering dread. This shouldn’t come as a big surprise given the game’s director, Shinji Mikami, also launched Capcom’s famous survival horror series. Resident Evil, too, has always been about impressively gross creature designs and pulpy, Hallowe’en night iconography. Sure, some people will find The Evil Within scary—different people are afraid of different things after all—but most won’t experience more than the occasional sense of unease while playing the game.

Just the same, I think titles like The Evil Within will find a place alongside Left 4 Dead, Shadows of the Damned, and the later Dead Space and Resident Evil games. All of these offer the look and feel of the horror genre without requiring players to suffer from the long-term unease that more disturbing titles are likely to inspire. For someone like me—a person who appreciates playing horror games, but hates looking over my shoulder for hours afterward—something that’s just spooky can be a welcome reprieve from more substantial scares.

Want more horror? Pick up the Horror issue on CGM in stores and Online.