A Grounded God of War Is What We Need 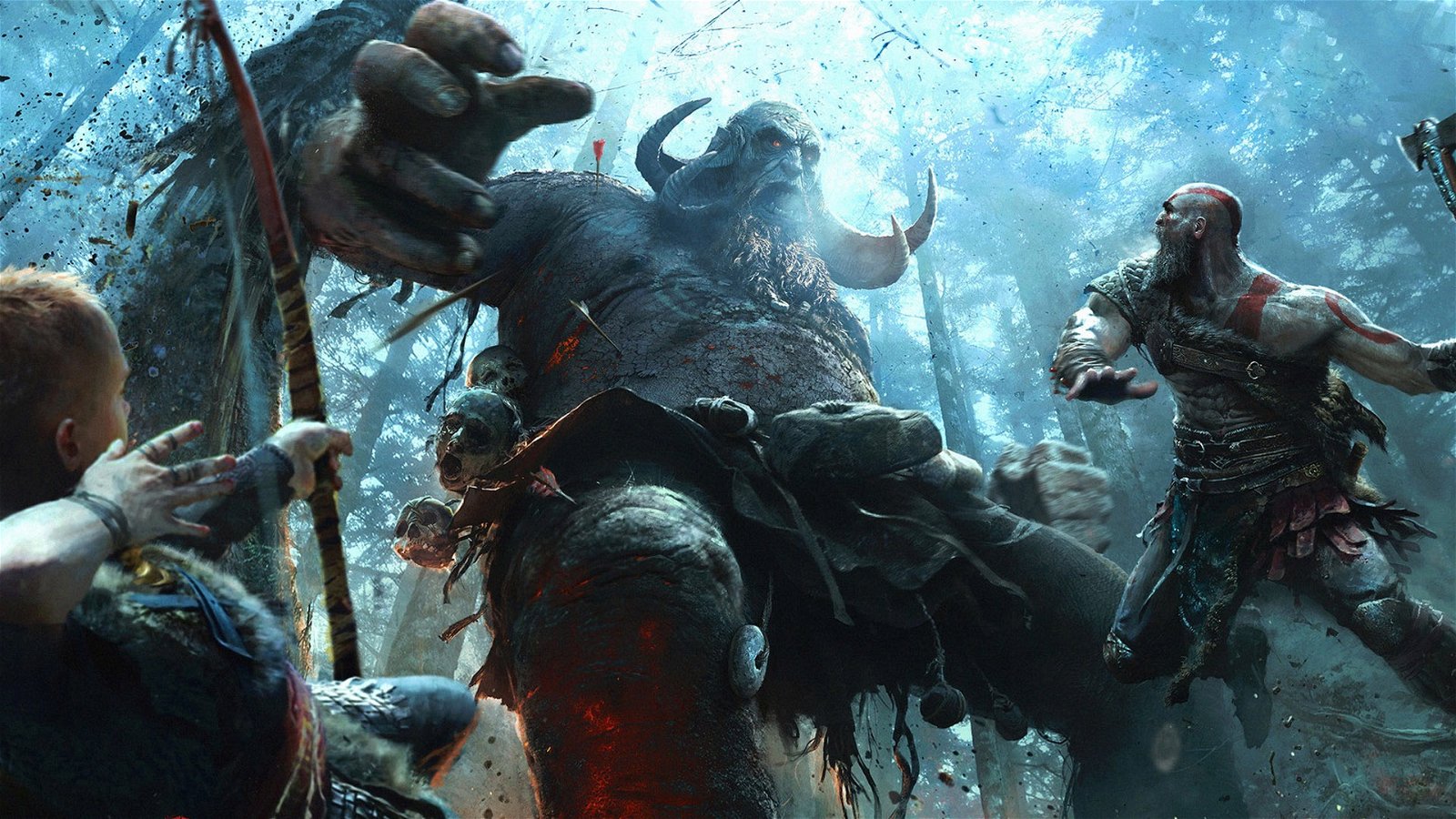 God of War’s long-awaited return was one of the biggest talking points and highlights of this past E3. Kratos’ surprise reveal during Sony’s press conference was met with loud applause from ecstatic fans. PlayStation’s iconic grumpy Greek warrior is finally back, but this time he’s sporting a luscious beard. With all of the fanfare surrounding his return, the live demo being played during the conference indicated a drastic shift in tone for the long-running series. This isn’t the same God of War players have come to know and, for the most part, love. Developer Sony Santa Monica has gone back to the drawing board, in what seems like an attempt to breathe new life into one of their most popular franchises.

From the get-go, Kratos is a completely different character. No longer is he an unlikeable, obnoxious, and bloodthirsty warrior who lusts for power and revenge. He now has a son to look out for, he acknowledges his own shortcomings as a caring father, and he tries his best to keep his temper at a minimum. When his son shoots at the deer he’s hunting, and misses, ignoring Kratos’ commands to be patient and wait, the grizzled warrior starts to get angry. He loudly lectures his son, yelling at the kid to listen to his commands. You can spot the Spartan Rage meter increase in the top left corner of the screen. This indicates that Kratos’ temper will be used as a storytelling device. Yes, he’s an asshole and Kratos will face consequences because of that, but he’s trying his best. This reboot is self-aware, and that’s refreshing to see.

The previous six God of War games are gorgeous, bombastic spectacles. They get a lot of things right, from the fast-paced arcade-y gameplay and an emphasis on clever environmental puzzle-solving, to engaging boss battles and a massive sense of scale. They’re highly enjoyable games to play, but they’re definitely from a different era. That hack-and-slash action combat, with a fixed, pulled back camera angle is outdated. People don’t have tolerance for a character like Kratos nowadays either. The series is also deeply misogynistic, stuffed with sex scenes that reaffirm Kratos’ masculinity and dominance over women. That sort of thing just isn’t acceptable these days, as the industry has come a long way in the past decade. For the series to successfully move forward, Santa Monica needs to redefine what a God of War game needs to be in 2017.

Players are also hungry for emotional and thought-provoking stories in their games. Titles like Bioshock, The Last of Us, and Gone Home have shown what games are capable of with interactive storytelling. People want to play as flawed, nuanced, and relatable characters, not some generic B-action movie hero, who hates everyone and everything for a flimsy reason. The Last of Us’ influence, in particular, is felt throughout this new iteration of God of War.

If you pay close attention to the demo, it contains a few different areas you can explore. There also seems to be a lot more downtime, allowing room for Kratos and his son to develop a meaningful relationship. More importantly, the interplay between the two is compelling. Kratos is teaching the young boy how to kill and hunt, but he’s struggling to ease him into it. The standout moment in the demo is when the young boy has finally shot the deer, but he has to finish the animal off and not allow it to suffer further. Kratos gives the boy a small knife, but he can’t bring himself to kill it. He’s still innocent – a young boy who’s learning to become a man far too quickly. Kratos helps him do the deed. Then the warrior tries to reach out and comfort his son, but instead gives him the knife back. It’s a poignant and somber scene, and contains more subtlety and emotion than all previous six games combined.

Likewise, the combat feels grounded as well. The camera is right over the character’s shoulders, also reminiscent of The Last of Us. Kratos uses a magical axe to kill his enemies, but the combat is distinctly slower and more methodical. There seems to be less emphasis on combos, and the focus is on successfully dodging enemy attacks and exceling at spatial awareness. It fits right in with the reboot’s new approach storytelling.

At this point, it is unclear if this new direction for the decade-old franchise will work. But at the very least, it’s that clear Santa Monica is trying something wholly different with its biggest franchise. For now, that’s good enough.