PC Gaming Offers What The Consoles Never Can 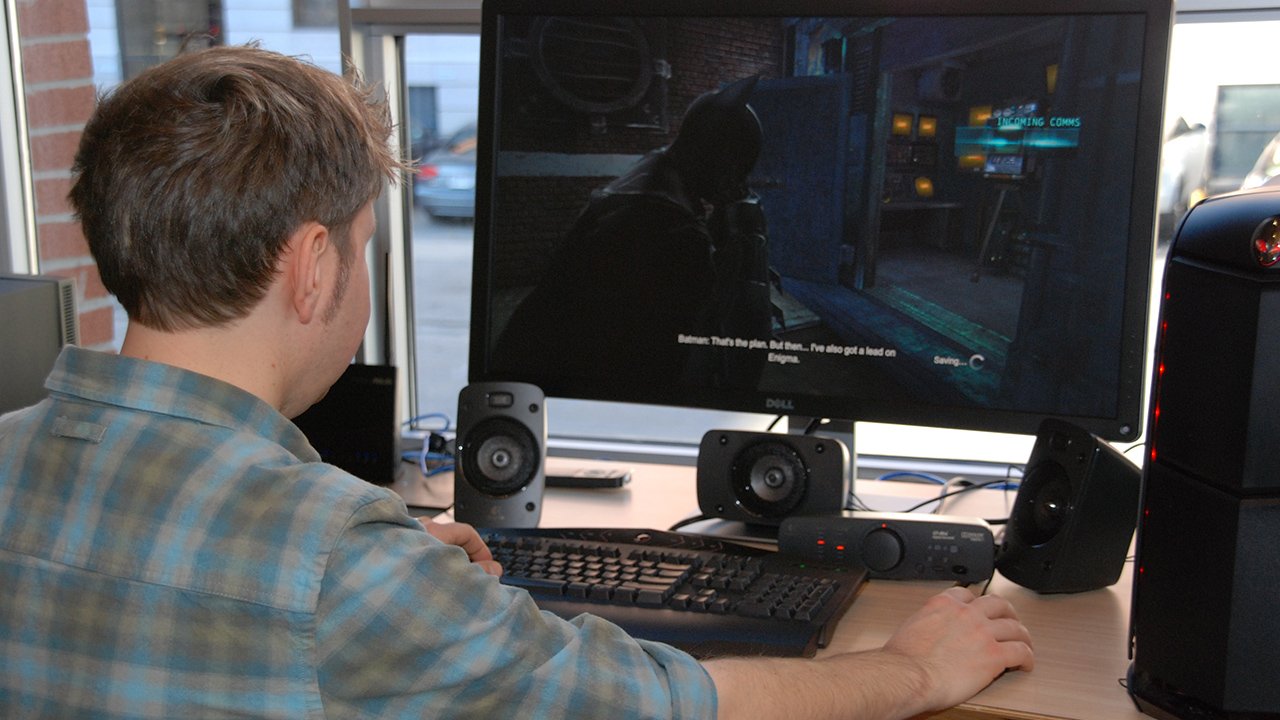 This week I was lucky enough to sit in and listen to a round table focused on PC gaming and Alienware. The panelists included such industry veterans as Steve Tilly, Victor Lucas, Raju Mudhar, and Bambi Blue. The main focus of the panel was the state of PC gaming and where it is headed now. Despite the specter of the next gen, the PC landscape seems secure, with more games than ever coming out for the platform.

Despite the plethora of games for the platform, PC’s are not selling as well as consoles. They are still viewed as complex machines that are tedious to get up and running. Gaming computers are also seen as overly expensive for the average consumer. Although these factors have gotten better in recent years, this point remains true. You cannot just buy a $400 machine, bring it home and throw in a disc expecting to play. There are many steps involved to gaming on a PC. Drivers, windows updates, installing the game, ensuring the PC you have will meet the specs needed to get the most out of the game are just a few of the many precautions consumers must take.

With the advent of Steam, this has been addressed to some degree. Updates for games are now processed in the background. As well, Steam will notify you of new drivers and suggest when it is time to update, also showing the specs required to play each program. If the concept of SteamOS is to be believed, Valve are taking this further. They are doing this by taking any PC and giving it an OS that streamlines the process of setting up and playing games. This could be a huge leap for gaming on the PC and if all goes as well, could give the console makers a run for their money.

But it does not end there, as Shaun Hatton stated at the panel “every PC is basically a development unit” and that fact has never been more true than today. With the tools easily accessible and at a low cost, any game enthusiast can be inspired to not only play, but also make their own games. Many indie game designers out there are building games on the PC platform, with new games hitting Steam every week that bring unique and interesting mechanics not seen before in major releases. With programs such as Gamemaker or Construct, designing has never been easier, allowing new and experienced people to make games in small development teams.

The PC’s main problems as a platform are its price and availability. Because many gaming computers are only available at certain stores like Best Buy and Alienware.ca, it limits availability. When people go looking for their next gaming machine and the PC is not sitting next to the Xbox or PlayStation it is hard to compare them on an equal playing field. They need to have the same presence and people need to see the game that is only running at 720P on a console running at 4K on a gaming rig.

With the power the PC platform brings it also comes hand-in-hand with a price tag that is not subsidized by licensing fees.  Microsoft and Sony sell their consoles at either a loss or bare minimum profit to ensure they have market penetration. They make their money from the fees publishers pay to be on the platform. Sadly the PC cannot afford this luxury. When a PC is sold (especially one built for gaming), the company needs to recoup the cost to make it. The end product is a computer that does everything consoles do, but at a higher price.

The PC is far from dead, but if it wants to step out of the shadow of  home consoles, there needs to be some changes to the landscape. Companies like Valve and Alienware need to push the PC as a brand. Make it so the average consumer can pick up something that works for them and know what they are buying. The barriers to entry are getting lower but work still needs to be done. People don’t want to worry about specs, drivers, or the version of windows they are running. They just want to click on a game and have it work. With companies pushing to make this a reality and new technologies getting cheaper, we may be at a point where people consider gaming on the PC as the pinnacle of gaming. Until then it still sits in a niche that few of the mainstream will step into.