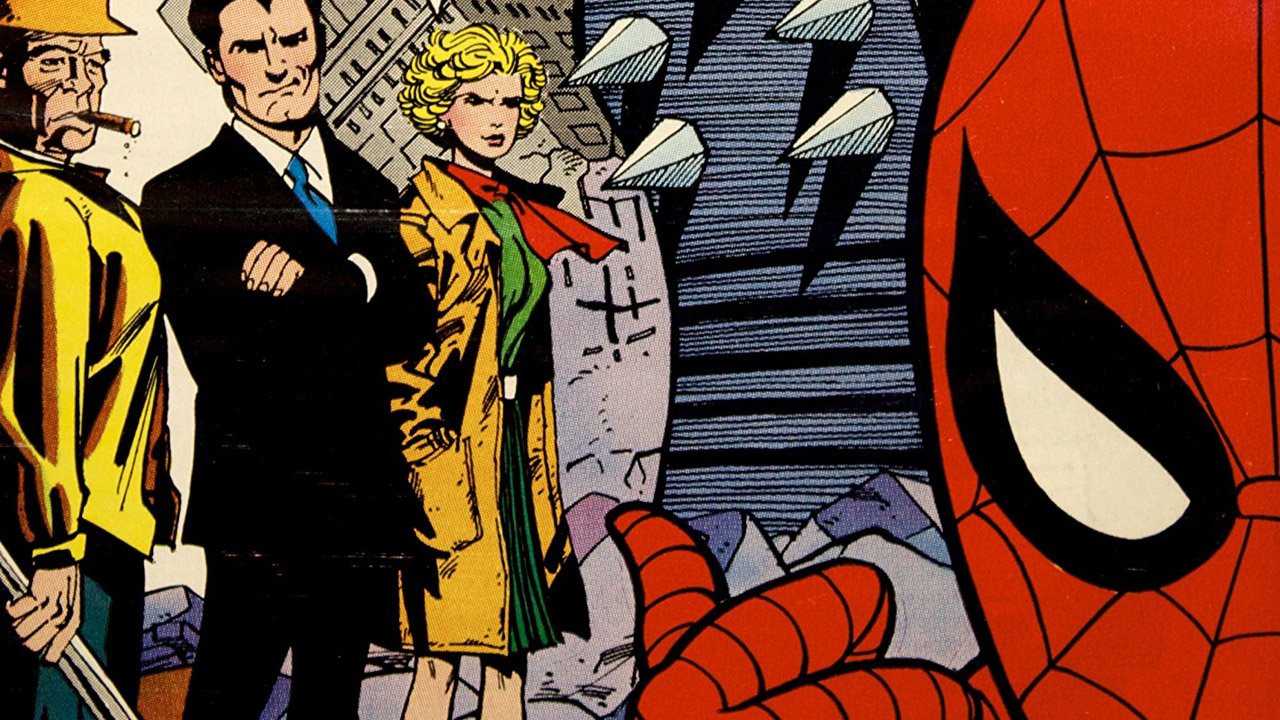 , 2011, the world lost comic book and animation writer Dwayne McDuffie. His death blindsided everyone and had the industry in a state of shock. He was loved and very well respected among the fans and his peers, considered a master of his craft. And if anyone ever doubted this man’s talent and accomplishments, this article is truly dedicated to you. It might be clichéd to honour someone as soon as they pass away. But when you look at a man like Dwayne McDuffie and his proficiency in the milieus he worked in, you can’t help but pay homage.

, 1962 in Detroit, Michigan. He attended The Roeper School, an educational institute that only accepted gifted children. He pursued his education at the University of Michigan. There he graduated with a bachelor’s degree in English followed by a master’s degree in physics. Afterward, he moved to the Big Apple and went to film school at New York University’s Tisch School of Arts.

He also co-hosted a radio program while simultaneously writing under a pseudonym for stand-up comedians and late-night television programs. Moreover, he worked as a copy editor for business magazine Investment Dealer’s Digest. It was while working there that Dwayne was approached by a friend who got him an interview for an assistant editor’s position at Marvel Comics. Needless to say, he got the gig.

While at the House of Ideas, Dwayne worked as assistant to Bob Budiansky on special projects. Among those projects was the company’s first line of superhero trading cards. Remember those? I do because I was crazy about them.

He worked his way into writing his own book titled Damage Control. A unique idea that focused on the crew that shows up after big battles between a hero and a villain to repair all the damage the fight caused. Now we know how a landmark is destroyed and a few issues later, we see it back up again for another battle. Thank you Damage Control and thank you Dwayne McDuffie.

Another book Dwayne worked on was the second iteration of Deathlok. The cybernetic character was created in the 70’s by Rich Buckler and Doug Moench. But in 1990, Dwayne wrote a 4-issue mini-series on the character that was critically acclaimed enough to warrant its own series afterward. It ran for 34 issues. Many people call Dwayne’s run on Deathlok the best of the character.

Other notable titles Dwayne participated in were Amazing Spider-Man, Avengers Spotlight/Solo Avengers, Fantastic Four, Captain Marvel, Avengers West Coast, Iron Man, among many others. Although he wrote one issue of some of these series in the 90’s, he was quickly establishing himself as a serious talent of the industry.

Dwayne eventually left the Marvel staff to pursue a freelance writing career. Part of his goal was to help eliminate the stereotypical portrayal of many minority characters, be it African-American, Hispanic, or Asian. With most comic book writers and editors being Caucasian, the majority of them tended to depict racial characters in clichéd manners. Dwayne and a few other creators took exception to that and instead of complaining about it, they took action and founded the very popular company Milestone Media.

Along with other black comic creators like Denys Cowan, Michael Davis, and Derek Dingle, McDuffie formed Milestone Media with the vision to help elevate minority characters in the American comic book industry. While their titles were published by Milestone, they were distributed by DC Comics.

The comic book giant gave lots of room to the creators, who held the rights to everything they published. The titles and stories that were under the Milestone Media banner held no link to the regular DC Universe where Superman, Batman, and the like were a part of. Milestone had their own continuity they dubbed the “Dakotaverse,” since most of their earlier works took place in the fictional Midwestern city of Dakota. The same deal would later be formed between DC Comics and Wildstorm.

Dwayne was made editor-in-chief at Milestone and had a hand in creating everything they published. In 1993, Milestone Media released four titles at the same time: Static, Hardware, Icon, and multi-ethnic super gang Blood Syndicate. Another popular title at Milestone was Xombi, following the tales of the Asian-American title character.

Milestone was a success and the hard work Dwayne and his cohorts put in paid off. Static was a very popular series among fans. Its acclaim in comics warranted an animated television series starring the black superhero. The show was called Static Shock. It was created by Dwayne McDuffie who wrote many of the episodes and served as story editor as well. Thanks to this series, McDuffie had made the leap from comics to television.

In 2003, Dwayne McDuffie was awarded the Humanitas Prize for his work as writer on Static Shock. The Humanitas Prize is presented to film and television writers who promote human dignity, meaning, and freedom. His award was for the children’s animation category. Other notables of the Humanitas Prize are Tim Robbins, Ben Affleck, and Matt Damon, all of which were in the feature film category. This accolade of McDuffie’s elevates him above many others who have worked in similar mediums: comics and animation.

Dwayne moved on to work on other animated shows such as Teen Titans and What’s New Scooby-Doo? He became a staff writer for Justice League. After two seasons, the show was renamed Justice League Unlimited (lasting another two seasons under the revamped title), where Dwayne was promoted to story-editor and producer of the show. He had a hand in creating 69 of the 91 episodes the series produced.

Building himself a nearly unmatched repertoire, McDuffie was hired to help revamp the Cartoon Network’s Ben 10 franchise. The series followed the ten year old titular character. When McDuffie was brought along, the show was renamed Ben 10: Alien Force, and followed the hero through his mid to late teens. Finally, a third incarnation of the series debuted in 2010, Ben 10: Ultimate Alien. Much like on Justice League Unlimited, Dwayne worked as writer, story-editor, and producer for this franchise.

While managing all of this television work, Dwayne returned to the world of comics, with both Marvel and DC. Over at the House of Ideas, he wrote the mini-series Beyond! He also became the regular writer on Fantastic Four, scripting issues #542-553. Over at DC, he wrote several issues of Firestorm. And for two years, he was writer on Justice League of America (issues #13-34).

He then worked on a two-issue mini-series titled Milestone Forever. This book was meant to chronicle the final adventures of the characters he and his Milestone Media partners created. The final result saw catastrophic events destroy the Dakotaverse. But fear not, for the Milestone Media continuity was fused with the regular DC Universe continuity, thus bringing the Milestone heroes into the same world where they can interact with Wonder Woman, Flash, and Green Lantern.

While many would look at such a resumé of accomplishments and probably call it a day, McDuffie pursued his passion. Following comics and television animation, he entered the world of film animation. He wrote two direct-to-DVD animated films for DC Entertainment. One of which was Justice League: Crisis On Two Earths, which was based on the legendary DC Comics mini-series of the 80’s Crisis On Infinite Earths. And sadly, what will be known as Dwayne’s final project is All-Star Superman, a film directly based on the popular Grant Morrison comic book series of the same name.

birthday (and a day before the release of All-Star Superman), Dwayne McDuffie passed away following complications from an emergency heart surgery. He is survived by his wife Charlotte Fullerton, a writer herself of television, novels, comic books, and video games. The world of comics and television animation mourns the death of a man who did nearly everything possible in the mediums he tackled. Dwayne McDuffie may no longer be with us, but many say that the measure of a man is judged by what he leaves behind after he’s gone. I think it goes without saying that Dwayne left us with an immense body of work to enjoy. And I think we would be remiss not to acknowledge and thank him for all that he’s done in the name of our entertainment. Now we can look forward to seeing who the next Dwayne McDuffie could be.