Remembering George A Romero – King of the Living Dead 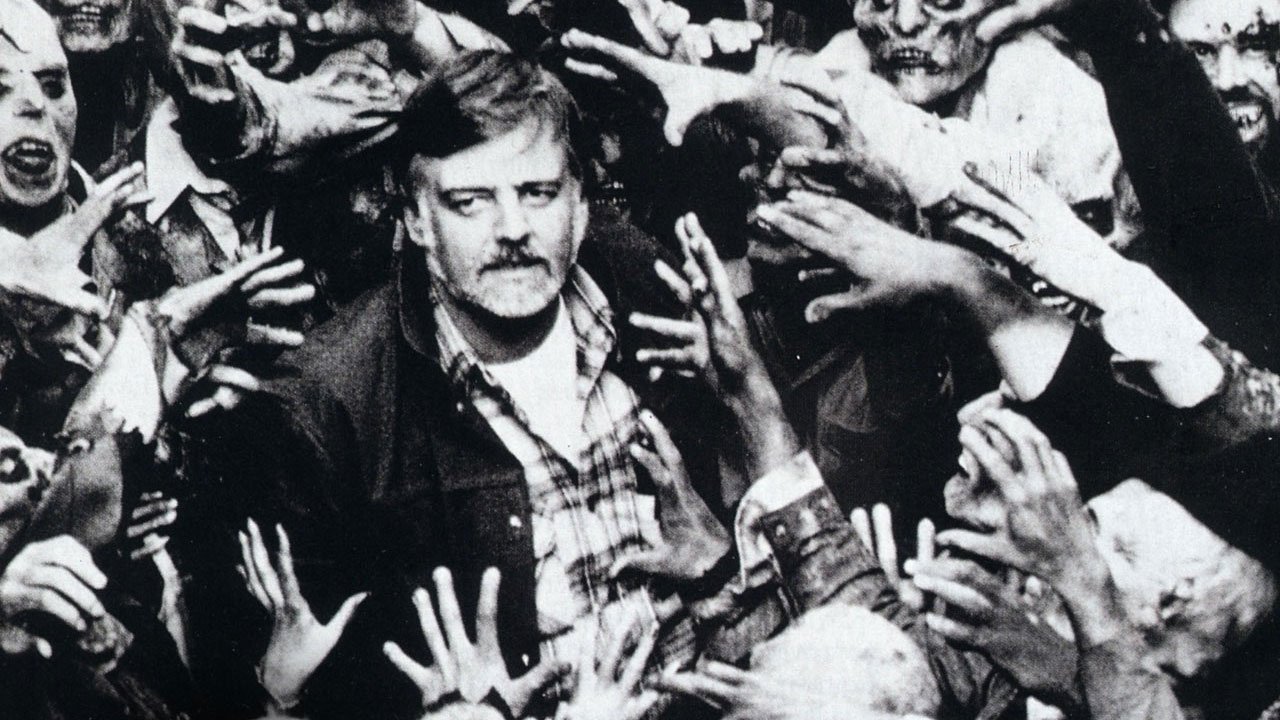 This weekend horror hounds, genre nuts, and fans of good filmmaking lost one of the patron saints of cinema. After what was described as a “brief but aggressive battle with lung cancer”, George Romero passed away. He was 77. For the few of you out there who can read the name without instant brand recognition, he was the man who invented the modern flesh-eating zombie. He also reinvented modern horror as both an assault on good taste and a political act starting with his film Night of the Living D. Romero was an indie filmmaker, pioneer, and horror icon. The contemporary pop culture landscape just wouldn’t be the same without him. He will be missed, and he will not be replaced.

George A. Romero was born in New York where he became a film obsessive at an early age. He attended college in Pittsburgh and would settle there as he grew into a filmmaker. Now, Pittsburgh didn’t exactly have a flourishing film industry, so George Romero broke into directing by making commercials and industrial films in the 60s. He worked on Mr. Rogers and eventually dabbled in special effects to create some elaborate commercials. Then in the late 60s, he joined with fellow fledgling filmmaker John A. Russo to produce their first independent feature, a horror movie for the drive-in market that they called Night Of The Living Dead.

It’s hard to imagine what a shock to the senses that film was in 1968. Horror was a genre trapped in dusty castles with only the occasional blood spatter out of fear of offending delicate sensibilities. Night Of The Living Dead, on the other hand, was a vicious shocker. It reinvented zombies as shuffling corpses that feasted on human flesh, while also making humanity the greatest evil in the film (a favorite zombie trope that continues to this day). The film upturned the sanctity of family unit, acknowledge the murderous nature of the law enforcement and the military. In addition, it angrily commented on bigotry and discrimination (it was a big deal that the film starred an African American at the time, though Romero admits they only made the decision because he was the best actor they knew). A searing social commentary wrapped in the nastiest horror audiences had ever seen (and with some startlingly fresh approaches to cinematography and editing tossed in for good measure), Night Of The Living Dead is one of the most influential films ever made and quickly grew into a cult classic.

Not that Romero ever saw the profits from that film’s endless cycle of theatrical distribution and broadcast. Nope, a mistake made in the credits through the movie into the public domain immediately and Romero & co. barely saw a dime for making one of the most iconic horror films in history. Romero kept working as an indie filmmaker in Pittsburgh though. He stayed in the horror genre and remained political. After an unfinished drama There’s Always Vanilla flopped, he released the little seen and underrated Season Of The Witch (aka Jack’s Wife) in 1971, a feminist allegory about a bored and repressed housewife dabbling in witchcraft.

That under-seen gem was followed by The Crazies in 1973. Another unfairly forgotten piece, The Crazies is an unofficial entry in Romero’s cynical zombie cannon that essentially created the rage zombie seen in 28 Days Later decades after its release. It was another tale of the worst aspects of human nature boiling to the surface in the face of mass tragedy, and a horror movie without conventional hope. It is well worth an upsetting night on the couch for those who have never seen it. And definitely worth a chance for those who only saw the unfortunate 2000s era remake.

Then came the masterful Martin (1978), a mysterious tale about a troubled young man so convinced that he is a vampire that he kills women and drinks their blood. The disturbing tale of disaffected youth following isolation into murderous insanity plays almost like a low-fi, gothic riff on Taxi Driver. Another gripping social commentary, this time focusing on the relationship between horror movies and real world horror long before that was fashionable. It’s something of a minor masterpiece.

When that trilogy of thoughtful art horror/exploitation movies failed to live up to Night Of The Living Dead’s success, George Romero returned to the zombie well for the sequel Dawn Of The Dead. Somehow Romero managed to top his debut masterpiece with a satirical assault on consumerism and human nature that put zombie survivors in a mall and slowly watched them lose their minds in a consumer paradise before the rotting corpses of the world crawled in from the outside. Brightly colored, action packed, and as epic as a low budget 70s exploitation movie could feel, Dawn Of The Dead was a massive hit and critical success. It’s still George Romero’s finest hour and one of the best horror films ever made.

After the tremendous success of Dawn Of The Dead, George Romero retreated into a strange tale of medieval knights on motorcycles in the modern day called Knightriders (1981) that starred Ed Harris, cemented on Romero’s love of outsiders, and is a weird romp for those who dare. That was followed by a Stephen King collaboration called Creepshow (1982), a cartoony anthology horror tale that was a love letter to EC comics from two men whose minds were forever warped by those books as children. The film was another big hit and was the first of Romero’s indie productions that were bought and released by a Hollywood studio. After that, George Romero was invited to La-La-land which sadly marked the end of his renegade indie filmmaking success.

First came Day Of The Dead (1985), the halfway point between George Romero and Hollywood. It was supposed to be a goofy 80s action movie epic with zombies, but the budget was slashed unexpectedly, and George Romero was forced to quickly rewrite the script into a claustrophobic tale of the last few humans on earth destroying each other. The film is cynically thoughtful and features some of the finest zombie make up ever produced (thanks, Tom Savini!), but sadly served as a bitter final chapter in Romero’s initial zombie trilogy rather than a fond farewell.

After that, George Romero went to Hollywood. Unfortunately, his radical political spirit and outsider sensibilities never quite meshed in the studio system. He ended up making more money off of developing projects that were never produced than he did off of any of the movies he was able to sneak through the system. His biggest success was Tales From The Darkside (1984-1988), a horror anthology TV series inspired by EC Comics like Creepshow. Romero got a few weird horror movies like Monkey Shines (1988), and Stephen King’s self-aware shocker, The Dark Half (1993), produced in Los Angeles. While they have their moments, neither are as thoughtfully written and creatively shot as the director’s initial indie offerings.

Eventually, George Romero got another shot at Hollywood success in the 2000s when zombies suddenly became pop culture icons. Romero finally made his zombie action movie in Land Of The Dead (2005), and it felt like an amusing swansong from the man who created the genre. Unfortunately, he was only allowed to make two more movies after his Hollywood comeback and was forced to stick to the zombie genre despite his desire to stretch. So, his final features are the found footage offering Diary Of The Dead (2007) and the oddball zombie western, Survival Of The Dead (2009). Neither were without interest, but it was clear Romero’s heart wasn’t really in it anymore.

Still, while George Romero never got the Hollywood career he deserved after creating a horror movie empire out of Pittsburgh in the 70s, he was a beloved legend in the horror community. Romero was a regular at conventions and fan events. He was always jovial, always immensely kind to his fans, and always filled with wonderful anecdotes. He was a king in the outsider world of horror, and that seemed to suit him just fine. Romero lived his final years, removed from America entirely, in Toronto of all places, where he never ceased to be kind and offer time to those who recognized the legend amongst them on the streets. He may never have gotten the shot at studio filmmaking that he richly deserved, but George Romero made a mark on the film and horror communities that few directors ever achieved. He was a living legend and a laid-back gentleman. The world is certainly a little less full without the cackling laugh and sparkling brain of George Romero. At least he leaves behind a handful of stone cold genre classics that have meant the world to generations of outsiders. The man may be gone, but George Romero’s creations will never be forgotten.