So What The Hell Is Super Mario 4? 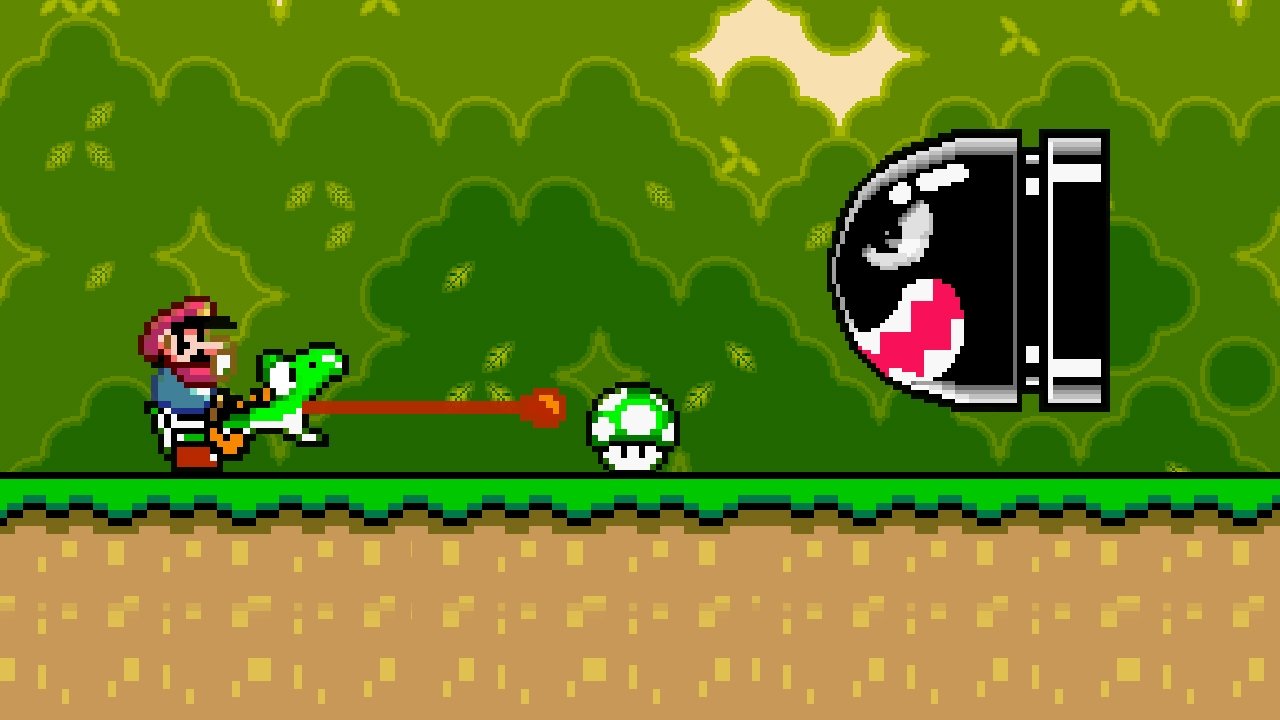 Last week the interwebs went a little bit nutty over the news that Nintendo registered the domain for Super Mario 4. Generally speaking, domain registration falls slightly below school lunch menus in terms of news recognition, but this one was a little bit different. After all, Nintendo has been cranking out classic Mario games for every system that rank amongst the finest titles amongst every gaming generation (well…maybe not the Gamecube), but they never showed an interest in expanding the number next to the little Italian stereotype plumber’s name since the good ol’ NES days. So what is this mysterious game? Well, no one knows at the moment, but the internet is all about speculation, so let’s dabble in that a little bit shall we? It’s safe to assume a game with this title is coming along eventually and while it’s impossible to predict exactly what it will be, it is a sign that the Nintendo plans on continuing to please their older customers with classic titles harkening back to their wasted youth.

The first thing worth pointing out is that technically Super Mario Bros 4 has already been made. That’s what Super Mario World was dubbed in Japan, which with why the “Bros” has been dropped from this edition. Geeky nitpicking? Sure, but worth acknowledging. It at least shows how far you have to go back for a numbered Super Mario game and I find it hard to believe that this won’t be a retro throwback of some sorts. There’s no way the game won’t be a sidescroller with that title. I wouldn’t be surprised if they create a new 8-bit or 16-bit experience that harkens back to Mario’s glory days. Why not? Capcom already pulled that trick with their Mega Man 9 and 10 dowloadable titles and they were huge hits with gamers and critics. The only thing that could negate that theory is that Nintendo probably wouldn’t release a downloadable Mario title or try to sell an 8-bit game for full price. The company does like money, but if they’re busting out Mario to star in a new adventure, it’s going to be a marquee release, not a side project.

The real question will be what system it will come out on. Miyamoto has confirmed that Super Mario 4 is in development, but won’t elaborate. There’s no way it will be on the Wii since it’s unlikely any major software is being developed for that system at this point. Now, it has been confirmed that there is a new 2D Mario platformer on the way for the 3DS, but no title has been announced. Given how easy and obvious it would be to call it New Super Mario Bros 3D in line with that popular franchise, something’s up. Perhaps the game will be a retro 3D title like the Nintendo’s 3D Classics line or the recent (and excellent) Mutant Mudds. Those 8-bit 3D games did have an interesting aesthetic and the folks behind Mutant Mudds certainly proved that creative design choices can be made in 8-bit 3D. That would definitely be a fantastic game, but let’s not forget one important thing….

The Wii U is coming out damn soon and there will be a major Mario title to launch the system. Nintendo will want to build up a lot of hype around that game to shift new hardware units, so why not make it Super Mario 4. Let’s not forget that the major piece of Wii U sample software at last year’s E3 was a Mario sidescroller. Now it was basically just New Super Mario Bros with Mii characters, but you never know. Something is big is going on with this game and I’ll wager all the mysteries will be solved by this year’s E3. There has been some talk in the Nintendo camp about some 3DS and Wii U games syncing up (specifically with dueling Smash Bros sequels), so why not make the first dual platform Nintendo game a major Mario sequel? Who the hell knows?

Regardless of whether Super Mario 4 is an 8-bit sequel, a 3DS game, a Wii U game, or a big waste of everyone’s time, it does show one thing. Nintendo scored some pretty major hits with their-faux retro games on the Wii like New Super Mario Bros Wii, Donkey Kong Country Returns, and even Goldeneye. The company has made it pretty clear that they don’t plan on making game with decapitations and animated boobs to keep “grown up” fans buying their systems like their competitors. Instead, they’ve decided to cater to lifelong gamers by reviving childhood favorites to make people too old to be clutching a Nintendo controller feel like they’re age-appropriate again. It’s a genius marketing tactic and a wonderful way of reviving old gaming genres that would otherwise have been eclipsed by new technology. There’s something about the simplicity of an old 8 or 16 bit platformer that shoots 50ccs of joy straight into this gamer’s heart in a way no HD shooter could possibly match. Whatever Super Mario 4 turns out to be, I think we can guarantee it will appeal to the nostalgic gamers out there who still get giddy when they hear the old midi theme song.  For now, all we can do is speculate, so please fill your imaginations with the Mario 4 fantasies you had back when you first completed the raccoon-tailed third chapter on the NES. Let’s see if the gaming geniuses at Nintendo can match or top the sequel that we’ve all been dreaming about for 22 years.