Marvel Ultimate Alliance 3 Is A Love Letter To Marvel Comics

The Beat-Em-Up I’ve Long Been Craving 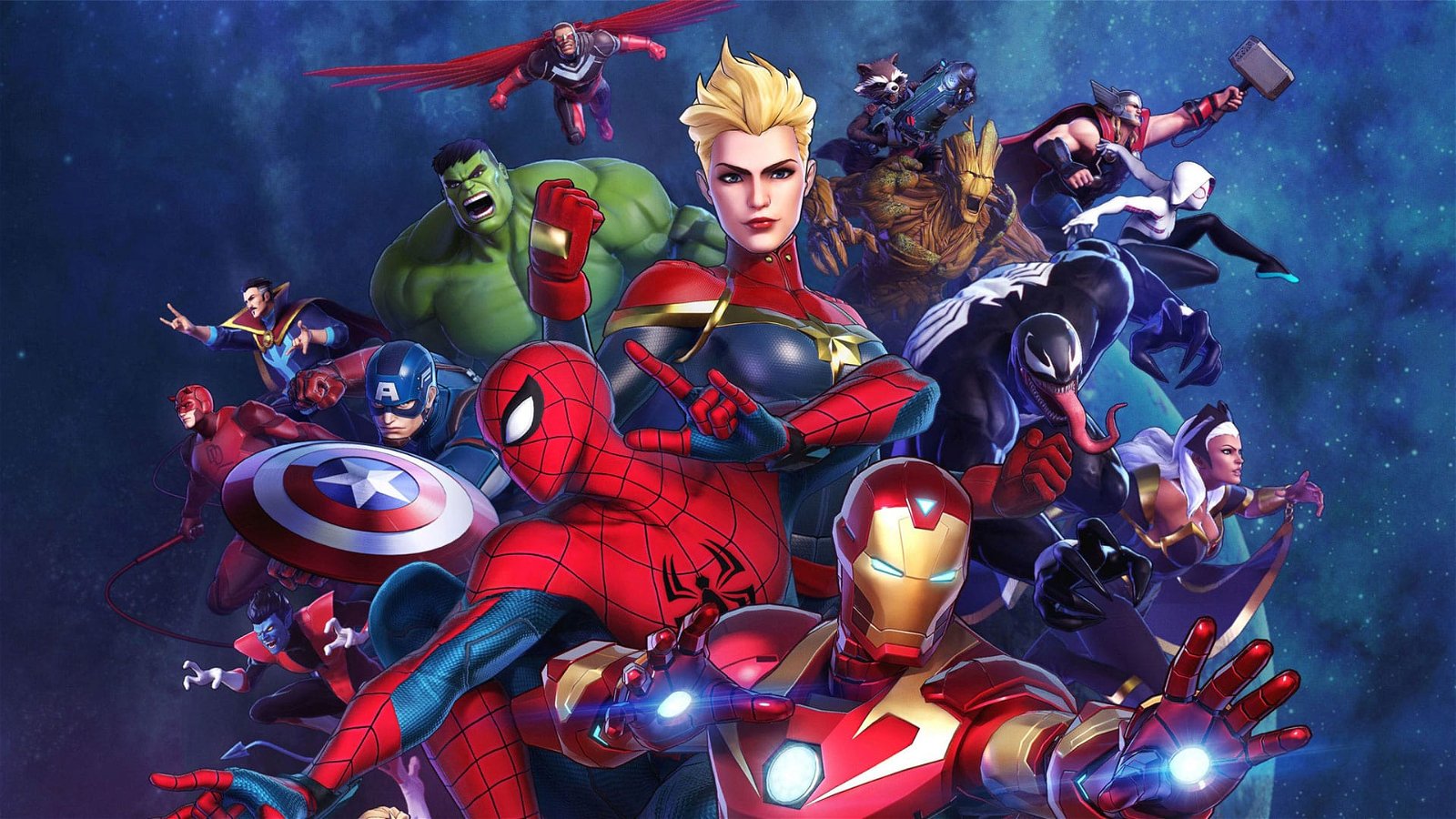 A confession, before I begin: I have not played either of the previous Marvel Ultimate Alliance games. I have played through the X-Men Legends franchise, however, and it exemplifies the kind of beat ‘em up that I’ve come to enjoy. A large cast of characters, each with their own powers and abilities, whom you can mix and match to create devastating—and silly—teams that let you live out your superhero battle fantasies. Marvel Ultimate Alliance 3 not only captures that style from my brief time with it, it modernizes and expands upon that legacy to create a much more interesting experience.

The final game will feature upwards of 30 heroes on its roster, though the demo I played at E3 had a much smaller selection. You can switch between them using the d-pad in single-player at any time. If you’re playing local or online multiplayer, up to four people can each choose an individual hero to play as. In my demo, I rocked a team consisting of Miles Morales, Captain America, Rocket & Groot, and Star-Lord.

Each hero has their own playstyle, though heroes with similar fighting styles, such as Rocket & Groot and Star-Lord, will play somewhat similarly to each other. Your most basic attacks are straightforward, consisting of punches and kicks that you will use to combo-attack enemies. Here, Marvel Ultimate Alliance 3 is most like a button masher, as I tried to target enemies as best as I could through the chaos that was on-screen.

What truly divides each hero are their special abilities, of which there are four for every character that can be activated at any time. For example, Miles is much more agile than his party, and can swing on webs at any time to drop onto enemies with a shockwave-like slam into the ground. Captain America has access to his signature shield throw, which bounces between multiple enemies before returning. What’s more, when those abilities are used in the proximity of other heroes, there is a chance that they will affect that ability, creating devastating attacks that are as much a delight to watch as they are confusing to discern.

Taken as a whole, the action is far more fast-paced than previous iterations. At times, I found it difficult to see what was going on as enemies poured onto the screen and special attacks were being used willy nilly. Sometimes I didn’t know if my attacks were in range of an enemy, and the visual cues as to whether you actually hit them appear and disappear just as quickly.

And don’t get me started on the team-up attacks, which can be activated once every character’s special meter is full. They are powerful, capable of wiping entire squads of goons within seconds. The trouble is that I had no clue who is hitting whom and with what. They’re impressive, to be fair, but I do wish that I could tell what was going on.

My demo also didn’t consist entirely of fight after fight either. There was a stealth sequence mid-mission where my team and I had to dodge a spotlight that was covering a rooftop. Dodging it was simple, provided you communicate with your team, and failure would trigger a new fight. This was enjoyable, if a bit too simple, and I hope that the full game expands upon this type of gameplay so that the rewards for succeeding are worth spending the time it takes to avoid battle.

Despite my gripes with the demo, it’s clear that Marvel Ultimate Alliance 3 is filled from top to bottom with a deep understanding and appreciation for all things Marvel. The sheer variety of heroes, both big and small, including the likes of Elektra, Spider-Gwen, and multiple X-Men (Thankfully) is a good sign, as is the appearance of villains such as Sutur, the Green Goblin, and The Black Order itself. The level I played in featured Kingpin’s base, the Shadowlands, which eclipsed New York City and was filled with both ninjas and appearances from the Defenders, including Jessica Jones and Iron Fist. While it may lack in presentation, Marvel Ultimate Alliance 3 makes up for it with plenty of heart.

The small slice that I played spoke well of Marvel Ultimate Alliance 3’s focus on over-the-top action and sensational characters, and I walked away hoping that the full campaign continues to deliver on that front. Team Ninja is planning on releasing additional DLC characters in the months after launch, and there will be plenty of end-game challenges and difficulty levels to sate fans in the mean-time. Based on what I’ve seen so far, they shouldn’t be disappointed when it launches on July 19th.