Seasun is a prominent video game development studio in China, but Westerners can be forgiven if they’ve never heard of them. With recently-opened offices in San Mateo, California, Seasun is a brand new player in the North American and European markets. Instead of easing in, Seasun seems to be sparing no expense to make a splash with its ambitious first offering for our mobile devices: Relics of Gods.

Try to forget all your assumptions about cellphone games, because what designer Qiang Wang handed me on an iPhone 6 was more like a small PC game than what we’re used to on mobile. With a team of writers researching Western mythology, music recorded at Skywalker sound, and established talent like art director James Zhang (World of Warcraft, Clash of Clans) and composer Mark Griskey (KotOR II, Marvel Heroes),  Seasun has produced a product far more like Final Fantasy than Candy Crush Saga.  Relics of Gods is a sword and sorcery epic full of rich lore, over a dozen unique playable champions, and four gameplay modes – a story-driven PvE mode, a 3v3 PVP mode they call “Matching” mode, a practice mode where you can try out new characters against bots, and a different take on the story mode called “Epic Mode” that allows players to engage in the most cinematic moments of story mode, interacting through swipe gesture quicktime events instead of the full combat. Seasun insists that Relics of Gods is a game for everyone, hence the various ways to play.
The character roster reminded me of SoulCalibur mixed with Everquest, with a mix of male and female warriors, monsters, femme fatales, spell casters, and some less easily classifiable characters like the goblin tycoon who fights with guns from a wing-back chair and a demon gambler who’s a bit like Gambit from X-Men. Some characters are more support characters than front-line fighters, and that factors into the tactics of the 3v3 mode.

The relics of gods in question are artifacts called Soul Stones, pieces of the bodies of dead gods divided into factions of light and darkness. Soul Stones grant powerful unique abilities, but also factor into the core story. The heroically-aligned characters want to restore the gods. The more evil characters want to use the Soul Stones to become gods themselves. The game world is a floating fragment of a continent, what’s left of the gods’ domain, dangling in the vastness of space. It’s a pretty big map with multiple home provinces of the various champions, but the Relics of Gods developers didn’t stop there. New content will be delivered to players every few weeks, and every two to three months they’ll release a new character. Speaking through an interpreter, Qiang Wang said, “We want to share the joy of gaming with everyone around the world. We want the whole world to know our passion for games. We’re fanatics.” 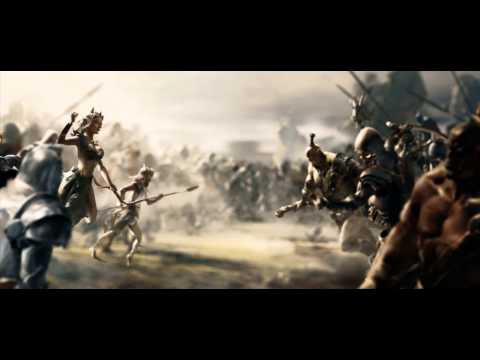 He also emphasized numerous times that the game will be fair, not pay-to-win. I assume the money will roll into this free-to-play game via purchased game points, points which can also be earned by playing. Intelligence and co-operation are designed to be the keys to success, but I found decisiveness to be of benefit too, as the rounds are timed, so you only have so long to make decisions.

Relics of Gods will run on iPhone 5 and higher and android devices like the Samsung Galaxy 4 and higher. A future PC/Mac version is also in the works. Seasun plans to release this ambitious game in North America in August 2015.