I recently got my hands on a beta build of NHL 17 that included the classic one-on-one online adversarial mode, the new Franchise mode, and the EA Sports Hockey League, which allows players to form six-person online teams and play against teams controlled by other players.

That latter is the mode people usually talk about the most, but in NHL 17 the Franchise mode is the new feature that EA Sports is pitching. It’s not completely new however, since many of the components have been taken from the Be A General Manager mode found in previous iterations of the franchise. The difference is that this time you control the entire franchise both on and off the ice. It literally includes everything from the team’s roster of players to the ticket prices for each game. It’s probably the furthest EA Sports has gotten away from playing hockey in their games before, but the Be A General Manager mode’s existence is a testament to the fact that people are interested in that aspect of hockey. EA Sports is trying to increase its community by bringing niche appeal to the mainstream which shouldn’t be a problem because they’re not sacrificing the gameplay that has made the franchise so popular; however, I am being completely serious when I say that you will spend hours worrying about parking, concession stand prices, promotional work that builds awareness for your team, and if the carpet really does match the drapes. I’ve never been the audience for management simulations, so take this with a grain of salt, but the term “busy work” crossed my mind a few times during the beta. 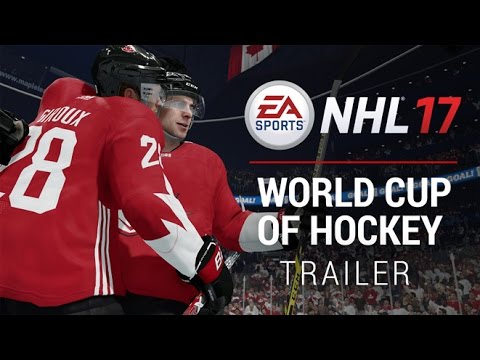 In terms of actual game-play NHL 17 hasn’t changed drastically compared to NHL 16, and it’s still stronger than Superman in a pillow fight; however, the casual player thinking about picking up this title should know that the game-play leans into realism with the same enthusiasm that a dog leans his head out the window. Players will still drift around after you’ve taken your hands off the controls due to the fact that ice is slippery, and just like in real hockey trying to quickly shoot the puck in haste will usually cause you to screw up. The more practiced community members will appreciate the overall improvements. The players feel a little more accurate, the physics feel a little more realistic and so on. The real changes in gameplay seem to have been made to the defensive side of the game. The biggest I found is the ability to tie up opponents in front of the net. For years, the one timer has been the weapon of choice for the NHL player and the bane of the development staff. This year it is far easier to tie up that man waiting at the top of the slot, and doing so feels a lot less like I am just bouncing off a forward I am trying to move out of the way. The goalies also seem to be more active in the way they try to position themselves to block shots, instead of previous years when they would react to the shots.

I only have one real issue with the game-play so far, and luckily you can turn off this feature if you want. Like last year’s game, NHL 17 will fill the screen with prompts to help newcomers learn how to play hockey. Many of these, like highlighting the area of the ice you should patrol, can actually teach you how to play the game; however, it is still very tyrannical in the way it does this. As a lifelong defensive player, a veteran of the Metro Toronto Hockey League and a former player in the Toronto District School Board Hockey League I have a bit of experience when it comes to defense.  Here is a quick lesson in Hockey Defense 101: In a 2-on-1 situation always take the spare man and let the goalie deal with the shooter. The beta of NHL 17 never seemed to agree with this tactic and constantly gave me demerits for letting the shooter take the shot, and often it would go as far as saying I missing my assignment altogether. I know this sounds petty, but it is very aggravating to be in the right and have the game punish you for it.

Everything I’ve seen so far leads me to believe that this next game in the NHL franchise will be a solid game with some minor flaws and a lot of gameplay options; however, you will have to wait roughly a month to hear anything but speculation from us. For those who want to take a closer look at what NHL 17 has to offer, it will be released for the PlayStation 4 and the Xbox One on September 13