Rogue Trooper Redux E3 2017 Preview- Ahead of its Time 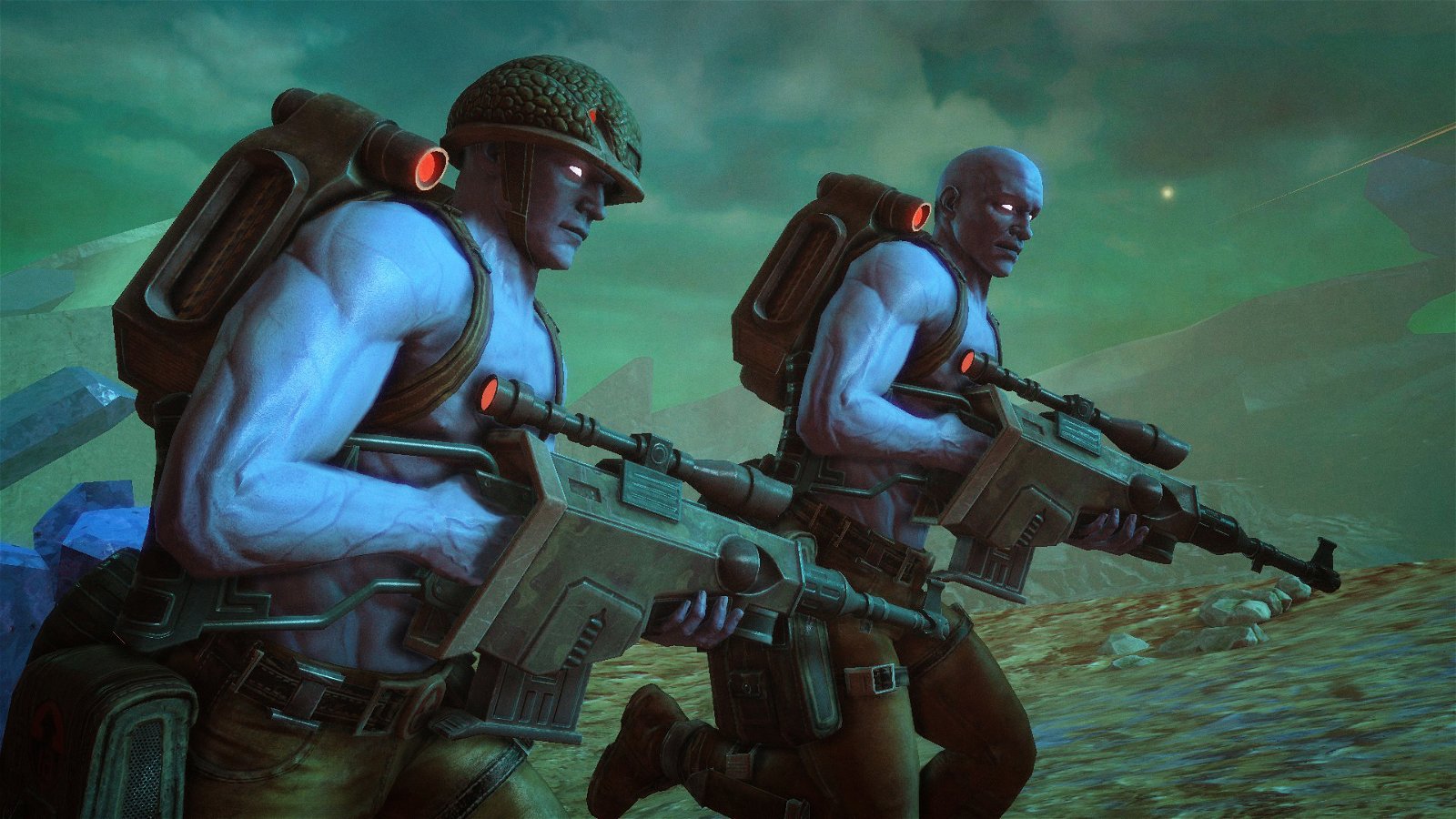 When Rebellion announced Rogue Trooper Redux some months ahead of E3 2017, most players didn’t think much of it. It’s a remake of a cover-based shooter from 2006 starring a character from the 3000 AD comic universe—you know that one with Judge Dredd—based on the story of the last super-soldier taking on an entire army on a poisonous earth. At the time, it was a pretty well received title, though a lot of its momentum was taken away when Gears of War released a few months later. But still, with the benefit of hindsight and an industry-wide desire to remake everything that has a semi-recognizable name, it’s clear to see that Rogue Trooper might have been more ahead of the curve than many thought, making now the perfect time to bring it back.

Make no mistake; Rogue Trooper Redux is more of an update than anything else. The game uses the original source code from 2006, but it does have a bit of a facelift. Everything is up-rez’d to modern specs, and it looks like the character models are completely reworked. It’s actually kind of jarring how much the character models pop compared to the background, which while updated, looks very much a product of its time.

The interesting thing about the Rogue Trooper Redux E3 2017 demo is how forward thinking the game was for its time. It offered a crafting mechanic a decade before it was commonplace, and its cover based shooting mechanics are akin to Gears of War despite predating it by months. In many ways Rogue Trooper Redux feels like a game made for this era in gaming, and that makes it a pretty great update. The E3 2017 demo I experienced was only the first portion of the game, but it set the tone of what to expect.

The cover based mechanics feel completely tight, and there are a plethora of guns to choose from. Each enemy has designated weak points so there are benefits to being accurate with the shots. That also plays into the story as well. Since the world is completely poisonous, most can’t breathe the air, except for our super-solider of course. So many enemies are in full on HAZMAT suits with oxygen tanks. The perfect shot on one of those tanks causes a leak and in turn the enemy to freak out as his lungs slowly fill with poison.

The first level also introduces a wide variety of gameplay that breaks up the repetitive duck, cover, and shoot mechanics that tend to plague these kinds of titles.  At different points in my gameplay session I was given an anti-tank artillery that called in missiles from afar to take out a tank bigger than my neighbourhood block. I also picked up a sniper along the way to dispose of enemies from afar. That was short lived however, as my foes got wise to my locations, turning a stealth assault into a full-out battle. I also took control of anti-aircraft artillery to deal with some pesky planes. This was by far the highlight of the game for me as it changed up my traditional timing, making me take into account the distance of the plane when I’d take my shot.

Though cover shooters have more than overstayed their welcome, it’s hard to put one down when done right. We’ve already seen a re-mastering of Vanquish, another criminally underrated title of the same genre, but I’d argue it wasn’t nearly as ambitious as Rogue Trooper. The variety of gameplay, the new mechanics introduced in this game, and the traditional cover mechanics allow this remake to age far better than one would expect, and that could work for Rogue Trooper Redux’s benefit.

Only time will tell how the game will pan out. There isn’t an official launch date for the game, so there is a lot of work for Rebellion to bring an old title back to the forefront of the games industry. Still, for what its worth, when looking back through the publisher’s library, it’s hard to find a title that works so well in modern gaming.