The newest god to the battlefield of SMITE has been released. Artio, The Bear Goddess, has rampaged through the forest of SMITE and she now stands ready to protect the balance of things. But no one breaks the rules like gods, and Artio stands ready to remind them to respect the rules.

At level one, grab Life Tap as your ability. This will give you pressure in-lane and will let you clear camps easier. Landing all five hits on minions will deal 75 damage vs Energy Surge’s 70. It also provides you with some CC at level one with a slow that can turn into a root. This can be great when paired with an early game hunter. This ability also works well with her passive. Landing five hits with Life Tap will put five stacks of your passive on an enemy, decreasing your opponent’s protections by 15%. Don’t forget that in bear form, Artio’s third ability becomes Heavy Charge. Heavy Charge is a great ability to stop hunters who are trying to escape as you get the increased movement speed and the slow on enemies you run through. Dashing through an enemy and then changing back into druid form and landing the root from Life Tap is a great engage at level one.

Second level is when things change. Both of Artio’s abilities are great choices depending on how your lane is going. If your lane is constant fighting, getting Entangling Vines/Ferocious Roar is a good option as that will provide you with a cripple and an enemy power debuff. The roar is a great option that provides a useful stun and increases your protections.

Your other option at level two is Energy Surge/Maul Prey. This ability is useful if your lane is a bit more passive and focused on farming. Energy Surge provides you and your hunter with some sustain in-lane which is great when you don’t want to leave lane and get every last minion. Maul Prey is a good as a deterrent if your lane opponents want to get physical and start fighting. The damage is great at level two if paired with Life Tap.

Mid game is when you want to take advantage of Artio’s aggressive nature. Grabbing an early Stone of Binding and then rotating to mid can help you get early kills. Focus on setting up your teammates with your array of CC and debuffs. Artio has damage and she can deal a lot of it, but as a guardian, you come with bulk and CC. Short fights are great for you as you can burn through all of your abilities across both forms. Be careful of longer engagements as you may be liable to run out of mana if you’re firing off all of your abilities. Beyond going for early kills, Artio’s mid game is all about running through the jungle and setting up teammates.

Late game is probably where Artio can struggle the most—in my opinion. She lacks hard engage, only having a single movement ability and requiring most of her enemies to be within 15 units of her. This means that she is going to be in the thick of things, but will struggle to get there in the first place. Beyond that, protection shredding is always powerful and pairing her with items that help boost that should give your team an edge. When playing Artio late game, try your best to spread your passive around to your team’s targets. Don’t focus on CCing the whole enemy team as your kit lacks on that and instead focus on single targets. When playing on the defensive, be a deterrent and discourage your enemy from engaging on your team. With full mastery of her kit, counter-engagements are a great option if you’re team is able to follow up.

Pairing Artio with aura items is a great idea. Since she is very focused on fighting and having aura items provide buffs to teammates that stand alongside her really helps her potential. Items like Void Stone compliment her kit quite nicely as it removes additional protections that your passive has already shredded through. Artio is one of the few guardians that may benefit from taking items that help her survive, like Spirit Robe and Breastplate of Valor. Both of those items provide her with some very useful CDR. Spirit Robe is great if you plan to be in the thick of things as it provides both types of protections and additional damage mitigation when you’re hit by hard CC. Breastplate of Valor provides a good amount of mana and physical protections that will help her keep going in between engagements.

Artio is a great god to pick when you want to be an aggressive support. She stands alongside the likes of Bacchus and Cabrakan as guardians who love to fight. Artio wants to run wild on the battleground of the gods and feel the wind rush through her fur as she charges her enemies. 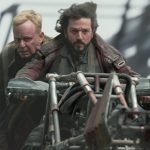 Editor’s Choice: Enhance Your Andor Experience with These 5 Exciting Stories 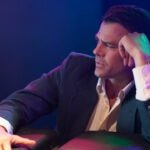 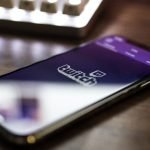 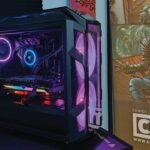 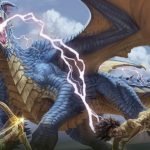