Blade and Soul Revolution Gets Its First Major Update

A familiar face from Blade and Soul goes to mobile 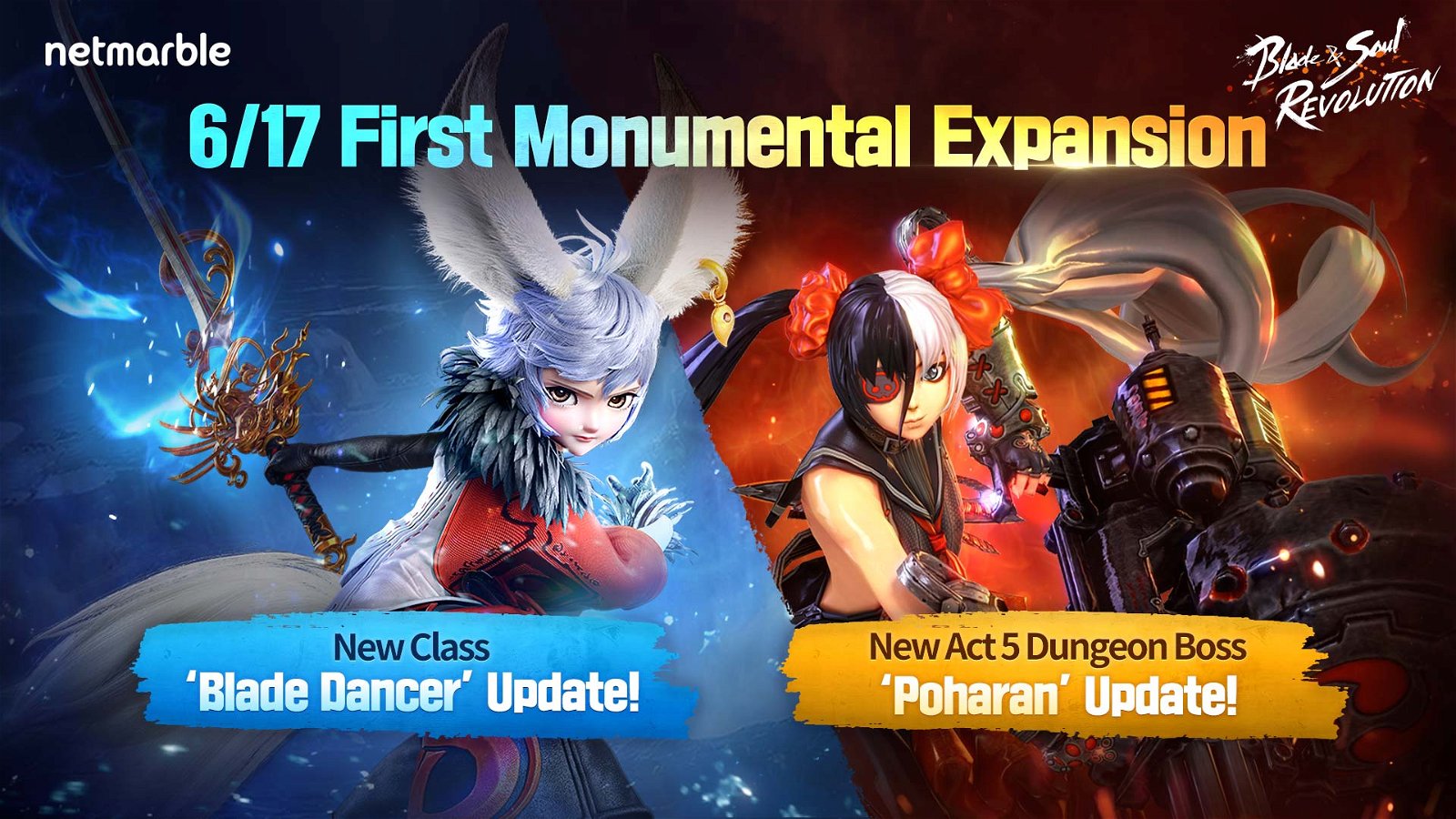 The mobile game Blade and Soul Revolution based off the widely popular MMORPG Blade and Soul just got its first major update with the Blade Dancer class making its way to the open world RPG.

Blade and Soul Revolution from developer Netmarble is a free to play game on mobile, based on the PC MMORPG Blade and Soul. While the PC game has a wide fanbase, this mobile spin-off has garnered its own dedicated following due in part to the games high visual fidelity and incredible performance, along with with engaging combat.

Netmarble has just revealed the latest and largest update Blade and Soul Revolution has ever received is now available for players to download and play, The update includes multiple in-game enhancements, but the main feature is the addition of an entirely new class, Blade Dancer, and a new boss taken from the original release, which you can watch the trailer for here:

The new update also continues the story of Blade and Soul Revolution, with a new story quest titled “A Lost Generation”, which follows the mystery behind the frightening disappearance of children around the world. There’s also the addition of a new item called Skill Badge, which allows players to customize their skills with their own tactics. You can strengthen your attack, defense, supporting abilities and even acquire different special effects with skill badges.

The update also comes with a new Kroki Lake event for players to participate in, which will also give players a chance to own their first legendary pet in the game. It is also worth mentioning that if you are looking to take on the infamous Poharan from Blade and Soul, you’ll need to complete the new Blackram Supply Chain dungeon to do so, though be warned, as it will be the biggest test of your strategical and tactical skills yet.