A new trailer for Fox’s Deadpool 2 has been released and it gives viewers their first real look at Josh Brolin’s Cable.

In addition to Cable’s unveiling, the trailer features Zazie Beetz’s as Domino, Brianna Hildebrand as Negasonic Teenage Warhead, Morena Bacarin as Copycat and Ryan Reynolds as Deadpool. Deadpool 2 follows in the footsteps of the first film, keeping the R rating and its irreverent sense of humour. 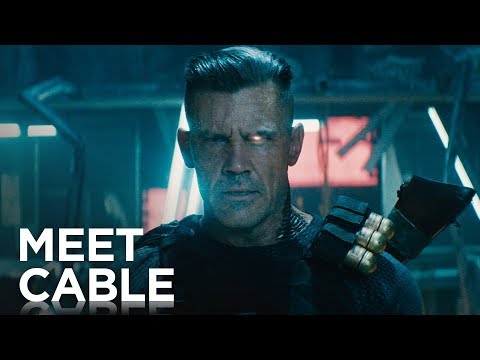 The character of Cable was introduced in a 1990’s issue of X-Men and is the biological son of X-Men member Cyclops (Scott Summers) and Madelyne Pryor. (Jean Grey’s clone) Cable was transported into the future as a young child, where he grew into a grizzled warrior, before returning to the present day.

The original Deadpool was a smash success at the Box office, becoming the highest grossing R-rated movie of all time. The film also showed that R-rated superhero movies could succeed, which has opened the door for other films like 2017’s Logan. Deadpool 2 is slated to hit theatres in wide release starting May 18, 2018.

Liked this article and want to read more like it? Check out Phil Brown’s review of the first Deadpool movie and the trailer for the new Han Solo spinoff movie.