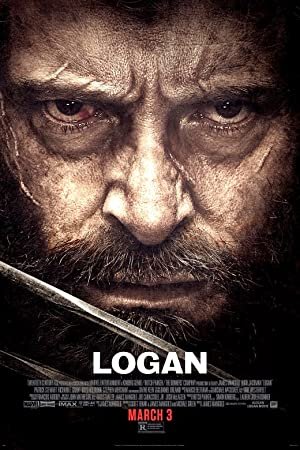 After 17 years and 7 films, Hugh Jackman’s tenure as Wolverine finally comes to an end and thankfully, it’s one hell of a finale. However, this isn’t some bright and colourful celebratory swansong. Far from it. After last year’s two colourfully goofy entries in the X-Men franchise, Logan is a cold, embittered, and battered wake. It’s a fitting farewell to the tortured character who has been through so much heartbreak, whether it be his painful backstory in narrative continuity, or the fact that the character headlined the two low points (X-Men: The Last Stand and X-Men Origins: Wolverine) in this long-running superhero franchise. Yet, even viewers hoping for a dark and gritty take on the clawed hero will be surprised by just how sombre and solemn this film can be. It’s clear that James Mangold and co. had complete creative control over this R-rated mutant Western, and they delivered a blockbuster of substance that feels surprisingly uncommercial for a franchise feature.

We catch up with Logan (Jackman) waking up from another drunken night in the back of the limo he drives for hire. The year is 2029. Mutants have essentially been abolished and gone extinct, putting Logan into hiding. He’s awoken by a group of thugs trying to highjack his limo and he responds by slicing n’ dicing them up in brutal fashion. So, not your typical hero. We then learn that Logan has been hiding in a rusted out and abandoned smelter in the middle of a desert. There he and an albino mutant Caliban (Stephen Merchant) care for Professor Xavier (Patrick Stewart) whose mind is ailing and frequently experiences seizures (which is a problem for the world’s most powerful psychic as one of his first big seizures accidentally killed thousands, and his brain is now considered a weapon of mass destruction).  So, it’s not a great existence for the old X-Men buddies. But a little sliver of hope arrives in the form of a young girl (Dafne Keen). She’s the first new mutant to appear in decades and has Logan’s claws, rage, n’ healing powers so he feels a connection. Together, Logan and Xavier will try to take her to a fabled Eden for lost mutants that may or may not exist, endlessly pursued by a gang of government agents who don’t take kindly to mutant types. Not exactly a happy tale, but definitely a worthy one.

All of the colour and comic book excitement of the last few X-flicks is washed away in James Mangold’s comic book neo-Western. Our heroes are shadows of their formers selves who have been responsible for such horrible deeds that they barely even remember when they once were superheroes. Thanks to Deadpool’s success, Mangold (The Wolverine, Copland, Walk The Line) gets an R-rating this time and he uses it to shoot the action scenes through bloody brutality. This isn’t necessarily the slapstick gore of Deadpool mind you, but a more vicious and nasty disembowelling and limb-flinging violence that’s as uncomfortable as it is thrilling. His movie constantly questions the heroism of Wolverine and the violence of the heroes is often worse than the violence of the villains. Shot in faded colours and on sand-blasted sets, the world feels like a wasteland and the lawless world of oh so many Westerns. Mangold frequently quotes and references the classic morality questioning Western Shane, and while that often can be a bit overstated on screen, it’s a nice meta acknowledgement of the genre movie influences on Logan that stretch far beyond comic books.

Jackman delivers easily his best portrayal of the iconic X-Man, thanks mostly to the film’s layered exploration of the character. He’s more battered and bruised than usual, with his healing powers slowly fading. His weary eyes have clearly seen tragedies the film doesn’t feel the need to make literal. His ailing body can’t quite launch into berserker attacks like it used to, even one of those pesky claws won’t slide out so easily anymore. Jackman clearly relishes the opportunity to explore some existential angst between action scenes and delivers a heartbreaking portrayal of the character. Even better is Patrick Stewart as a tortured Professor X who has fallen even farther than Logan from his once noble perch. He clearly can’t cope with what he’s done or how his powerful mind has left him, but the flickers of hope that appear with the arrival of a new mutant briefly bring him back to life. Dafne Keen is also wonderful as the wounded young Wolverine-in-training, primarily silent and animalistic, yet warm and caring when necessary. It’s a beautiful performance from the young actress, even if many won’t notice because she’s overshadowed by her two co-stars and the genre.

There are many other characters of course, but none who are nearly as well developed as the central trio. Mangold has created a character study within a blockbuster, so the fact that the rest of the characters are more stock comic book types feels even more two dimensional than normal. The sprawling, intimate, yet ambitious movie falters a few times. Mangold’s commitment to telling the tale sparsely and without over explaining details of the mutant apocalypse that came decades ago can occasionally be as frustrating as it is refreshing.  There are themes touched about evil corporations poisoning and controlling the masses as well as the usual X-Men bigotry allegories, yet they tend to pass by without much explanation. As the probably too long movie narrows in focus towards an action climax, it almost feels disappointingly conventional, and the way Mangold heaves emotion and themes onto the finale can be a bit overwrought.

Still, the fact that we have a Wolverine movie that’s biggest problems are to do with over-ambition and artistic pretention is a bit of a miracle. After delivering a pleasant make-up spin-off picture with The Wolverine, Fox clearly gave James Mangold and Jackman carte blanche to bid farewell to the character and while it would have been nice if a more singular filmmaker gotten that opportunity instead, at least Mangold took full advantage of his freedoms. This is easily the most adult film to bear the Marvel logo and even gives Christopher Nolan’s Batman flicks a run for their money in terms of dramatic weight and artistic ambition. Despite the flaws, it’s kind of remarkable that Logan exists and the film is an elegantly moving farewell to the most troubled member of the X-Men. Hopefully, Logan does well because it’s a surprisingly non-commercial enterprise, but one that suits the level of ambition that’s always been part of the best X-Men flicks, just taken to surprising extremes. It would be nice if other filmmakers got the same opportunities with these sorts of movies, but I wouldn’t hold my breath. I’ve got a feeling that in a few years we’ll all look back on Logan and marvel at the fact that Mangold and Jackman were able to make this movie at all.

Hugh Jackman’s swansong as Wolverine is easily the best and most layered representation of the character on screen to date, making for a fittingly melancholic farewell to the clawed icon.
REVIEW SCORE
8.5
File Under: Hugh Jackman, Marvel, Wolverine, X-Men