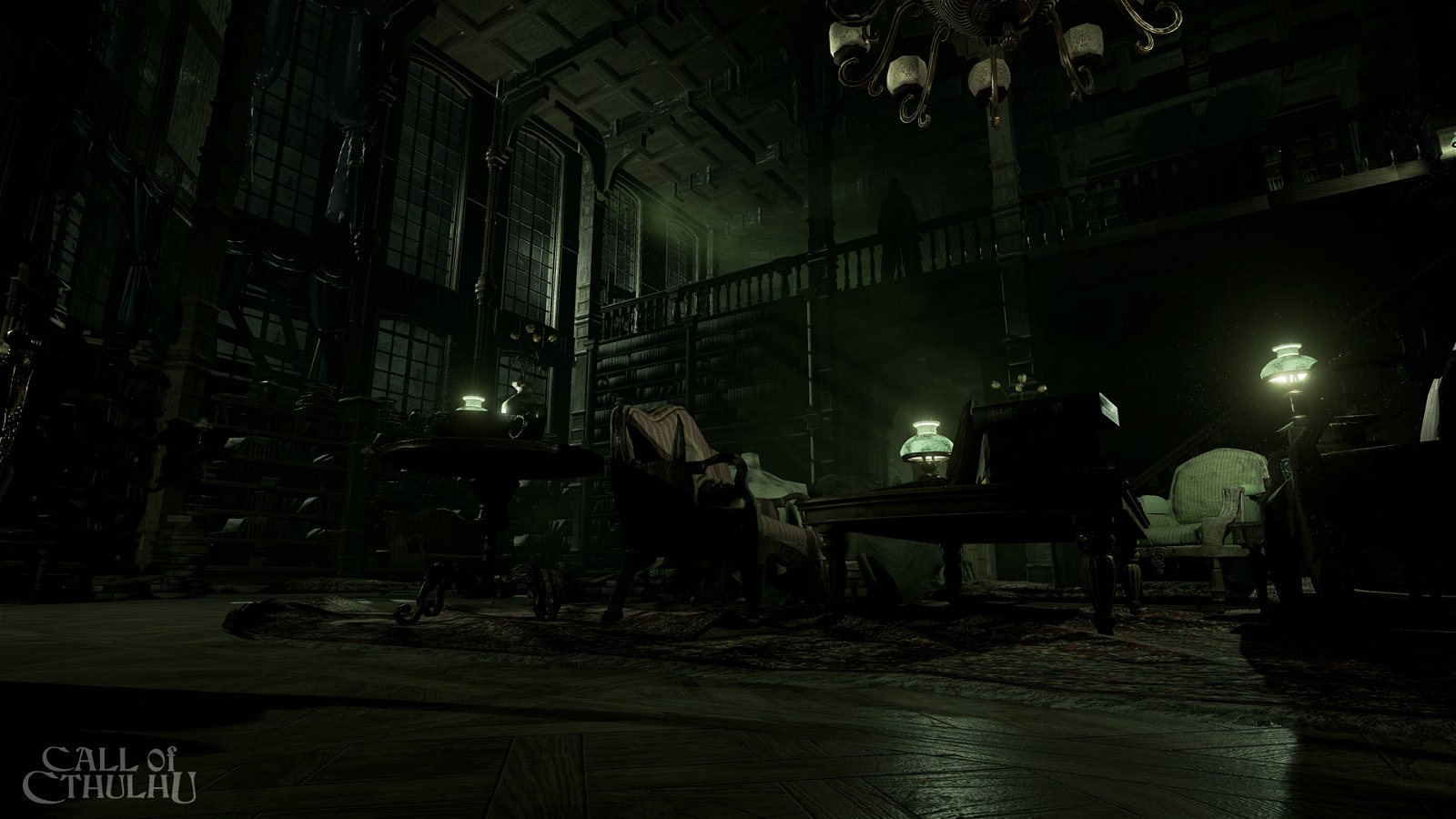 Call of Cthulhu, the videogame adaptation of Chaosium’s pen and paper RPG, revealed two new screenshots today. The images give fans a look at two sinister locations that will be featured in the game.

In Call of Cthulhu, players control Edward Pierce, a detective in 1920’s Boston. Pierce investigates the tragic death of a family on Darkwater Island, a seemingly haunted locale with an equally unnerving name.The released screenshots feature a first look at two areas players will find themselves investigating: an aged, haunting dockyard, and the manor of the deceased family.

Call of Cthulhu is branded as an RPG-Investigation title featuring psychological horror and stealth elements. The game is set to release on consoles and PC in 2017.