Good news for Deep Down fans, Capcom, the Japanese video game developer behind the upcoming game has renewed its trademark for the IP.

Deep Down is an upcoming single/multiple dungeon crawler for the PlayStation 4 console but little to no information on the game had been released since its 2013 reveal. However, it looks like Deep Down wasn’t abandoned and left for dead as Capcom has renewed its trademark for the title according to a United States Patent and Trademark Office document filed on Feb. 9, 2017.

What this means for fans is this; in order for a trademark on a game to continue, the game has to be released at some point. Since Deep Down hasn’t been released yet, this means that the trademark would have expired as a company only has a limited time to release a game from initial filing. If Capcom had cancelled Deep Down, the video game developer would not have refiled the trademark. 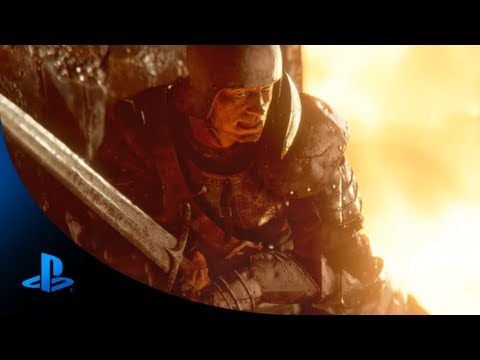 This doesn’t mean of course that Deep Down will never be cancelled or that the game is coming out soon, it just means that it’s not dead and Capcom is ever-so-slowly working on it. Considering that producer Yoshinori Ono told Japanese website 4Gamer (translated by Siliconera) in an interview that the game had been massively expanded, it’s no surprise that Deep Down is taking as long as it is.

“We’re thinking about showing something that looks completely different from what previously shown, although it might be a while from now,” said Ono in the interview.

“The ideas we have for the game is much larger now compared to when we first announced it, rather, the ideas we had before might not have been good enough.”

Deep Down is said to be similar to other games like Dark Souls and Dragon’s Dogma but not as difficult with some parts taking place in a medieval/fantasy setting.