A new Adventure Time game is headed to mobile devices. 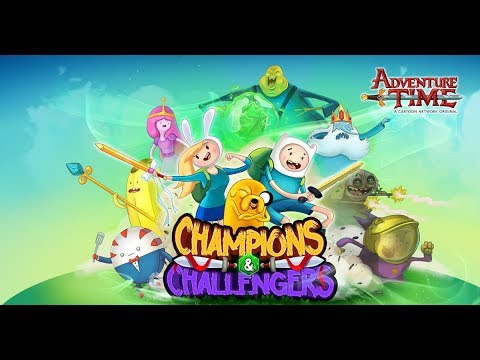 Based in Texas, YesGnome Games is best known for their previous mobile game, Star Trek Trexels. The game allows players to take control of their own star ship as a commander, building a crew of their own and as they learn about the Fate of the fallen USS Valiant.

Cartoon Network has released a number of Adventure Time mobile games in the past. Their most notable games are Card Wars – Adventure Time and Card Wars Kingdom. Both titles are based on a fictional card game seen in the series. Players are able to collect an assortment of different characters and spell cards to battle against other players and take part in a number of different events held within the game.

More information on Champions & Challengers – Adventure Time will be revealed as the game nears its release, currently planned for some time in Fall of this year. The game will launch worldwide for Apple, Android and Amazon Fire mobile devices.

Android players interested in Champions & Challengers – Adventure Time can pre-register now in order to be notified when the game launches later this year.