Adventure Time has the exact brand of wackiness I would expect Lego to embrace and turn into something beautifully ridiculous. So much to my surprise, the Lego Dimensions Adventure Time Level Pack was a lot more subdued than expected.

I had far more technical issues with Adventure Time than with any of the other Lego games. With two players, my character would often be pushed off screen to the point I couldn’t see myself or what I was doing. This was only solved by using dynamic split screen. Dynamic split screen allows the split screen line to move freely, pivoting around a centered point. This can be fine most of the time, but can be frustrating and even nauseating if one player is in a vehicle. This led to prompt issues and untimely deaths just because I couldn’t see where Finn was.

I also had a problem with my Ancient War Elephant registering within the game. Once it was built and placed on the Toy Pad, I would get an error prompt saying it wasn’t recognizable. This is the first time I have encountered this problem with Lego Dimensions and thankfully it was easily solved by switching the Toy Tag with another vehicle’s. 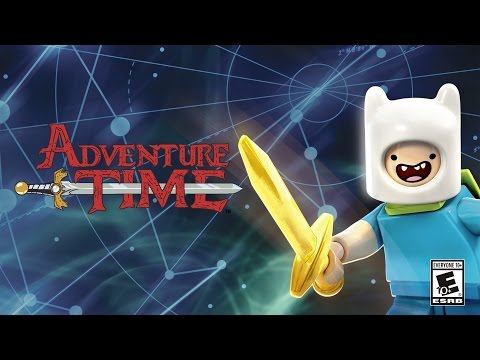 The campaign consisted of what I felt were more like two stories set up much like an episode of Adventure Time. The story lines felt true to Adventure Time form – find the Enchidrion, prove yourself a worthy hero and defeat The Lich. Players can also explore the Land of Ooo and complete side quests assigned by iconic Adventure Time characters.

The gameplay in Lego Dimensions Adventure Time is similar to any of the previously published Lego titles. That said, I think these were some of the laziest boss fights Lego has ever offered its players. In the first story, I just stood on the Ogre’s foot and avoided being hit while still landing hits on him. In the second story, I just stood back waiting for the shield to drop then blasted The Lich with my gauntlet.

The campaign of Lego Dimensions Adventure Time was short, and even though it included two stories, it still felt shorter than other level packs I have played. The land in the first half felt empty and uninspired, but luckily the game felt a little more alive in the second. Finn comes with a lot of (if not all) of his swords. This made me feel pretty unstoppable from the beginning. Got a vine to cut? I can do that! Got red demon bricks to smash? I can do that too! Got fairy gnomes to beat into a pit of fire? I got a sword for that too! I expected to see far more of the Adventure Time characters within the campaign than I did. However, fans will get Finn as a playable character and Jake as a vehicle in this Level Pack, which was a clever way to allow for both characters to appear within the cut scenes to preserve the best-friend-adventure feel of the show.

Lego Dimensions Adventure Time Level Pack is a solid “okay.” It could of been a little more over the top to match the ridiculousness of Adventure Time, and a little more involved with the gameplay. It felt empty and not nearly as enjoyable as the other games and level packs Lego has offered in the past. I’d say buyers looking to expand their Lego Dimension library with colourful goofiness should grab the fantastic The Simpsons level pack over this.