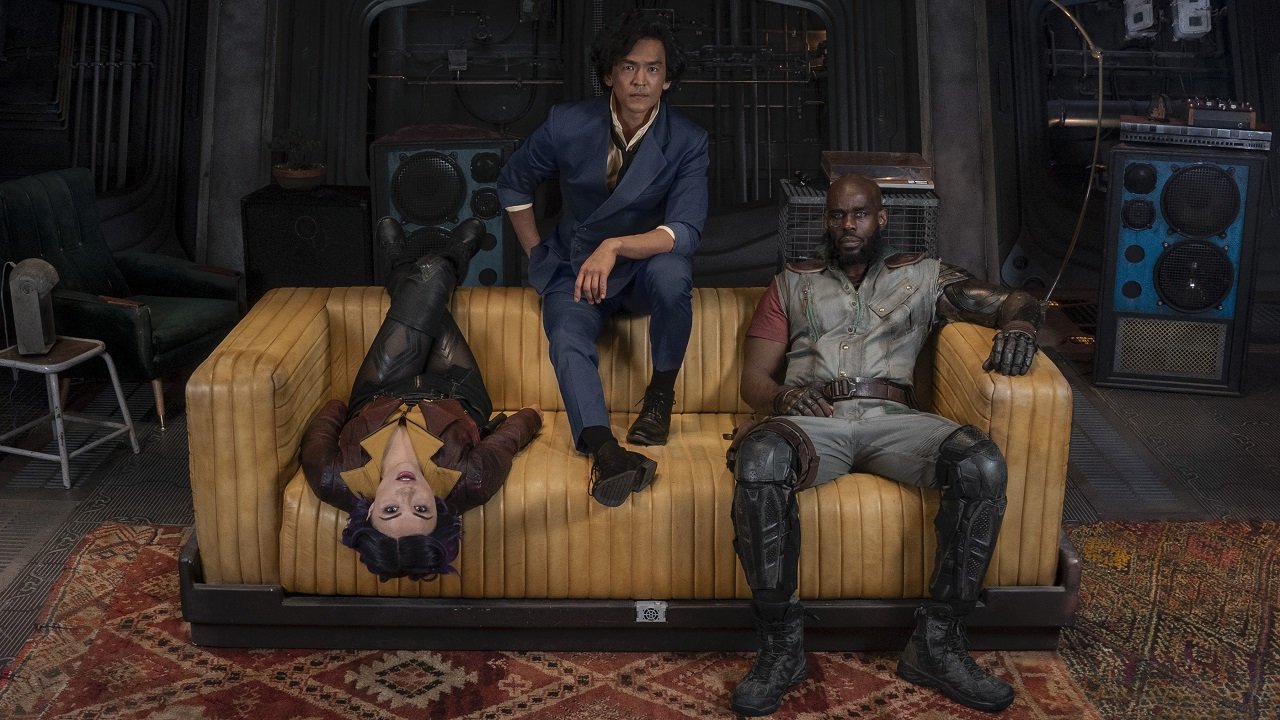 Cowboy Bebop’s live-action adaptation on Netflix was announced previously but the streaming giant just shared a lot of details, including pictures and a release date.

The Netflix series is an adaptation of the anime series, which originally premiered in 1998. The anime has been a critical and commercial success in Japan and around the world, especially in the United States. The science-fiction neo-noir series follows bounty hunters, referred to as “Cowboys”, that chase criminals across space to turn them in for valuable rewards.

Cowboy Bebop features Spike Spiegel, a cool wannabe with broken dreams, lost expectations, and a moody past. Other characters include Jet Black, Faye Valentine, Edward Wong, and Ein. The live-action Spike is played by John Cho. Faye Valentine is played by Daniella Pineda, Jet Black is played by Mustafa Shakir, and Vicious is portrayed by Alex Hassell.

Cho is seen in the iconic yellow and purple suit, sporting Spike’s messy, cool hair. The similarities are striking and it’s making the upcoming show feel a lot closer and much more real. Ein is adorable too, even though that comes naturally to dogs because they’re all perfect and wonderful. But especially corgis.

The pictures offer a glimpse into a show that has the potential to be incredible, especially if it’s half as good as the anime. The series is being directed by Alex Garcia Lopez, who previously worked on Netflix’s Witcher series. Michael Katleman who also be directing. The series will reportedly consist of 10 episodes, despite the anime having 26 episodes. It’s possible there will be additional seasons though. This could very well just be the first season of the new series.

Regardless of how long Cowboy Bebop ends up being, it’s pretty clear Netflix is doing everything possible to preserve the look and feel of the anime. The live-action adaptation will feature the work of Yoko Kanno, the original composer of the anime.

Everyone will get to hear (and see) for themselves when Cowboy Bebop debuts exclusively on Netflix on November 19, 2021.