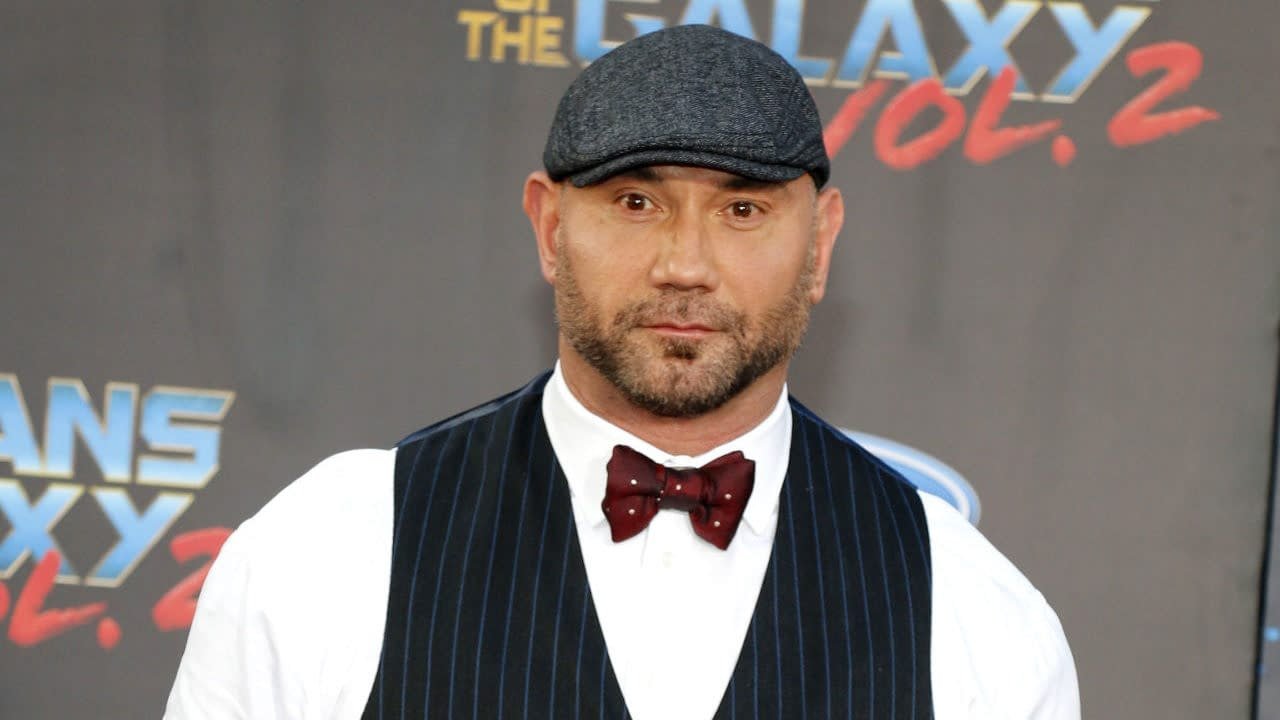 Production for Universe’s Most Wanted begins Spring 2021, and Dave Bautista is officially set to star in the upcoming sci-fi fantasy.

A synopsis for the film from Variety states, “The story centers on a small town that sees a space ship carrying the universe’s most wanted and dangerous criminals land in their backyard. The sheriff’s son soon becomes a hero as he works with an intergalactic peacekeeper (Bautista) to rally up the alien prisoners and keep them from taking over the world.”

Brad Peyton will be directing; some of his former films include San Andreas, Rampage, Journey 2: The Mysterious Island, etc. What’s noticeable is the director’s familiarity with directing Dwayne “The Rock” Johnson. Bautista, who is also a former WWE wrestler, provides Peyton a comfortable reserve as these two men have similar body shapes and experience with leading roles.

Bautista wants no comparisons with The Rock or John Cena, as he said in an interview with the Tampa Bay Times. “Do not compare me to The Rock or John Cena. Everyone does it,” and he “hates” it. “Those guys are wrestlers who became movie stars. I’m … something else. I was a wrestler. Now, I’m an actor.”

His comments made headlines, and society thought he was bashing The Rock. Fans attacked him on Twitter, comparing movie roles and what’s considered to be successful; however, as the interview continues, it seems as if he still respects The Rock for what he does. “Rock was, in a way, a movie star before he was even a movie star. There is something about him that’s really special. I’d never take that away from him,” Bautista says. “Would I consider him a great actor? F— no.”

Dave Bautista, blunt as he is, speaks his mind. But another voice that always speaks its mind is society. Eventually, Dave took to Twitter once more, saying, “I’m not a disrespectful person,” and retweeted an article from Movieweb.

The interview from Tampa Bay Times finishes the topic with a final quote from the actor, Bautista. “I want good roles. I don’t care about Fast and Furious or Bumblebee. … That’s not the kind of stardom I want. … I want to be in Dune. I want to work with Denis Villeneuve. I want to work with Sam Mendes and Jodie Foster. I want to work with Academy Award winners. I’m proud to be a character actor. I want that respect and credibility and education.” A misunderstanding went haywire. With careful readership, one can understand that Dave Bautista is attempting to hone in on his craft.

No disrespect to The Rock or John Cena, but Dave Bautista says he is at it to win it. Despite how much money Film’s like Fast and the Furious or Bumblebee make, or how much fame the two movie stars receive, Dave Bautista is after something more personal and meaningful to him, like an Oscar. Dave appreciates the business of acting and all the greats that have been before him, and he recognizes that acting is an art. Dave only seeks to master that art. John Cena and The Rock are probably seeking the same things as Dave, but Bautista insists that he’s incomparable to those two movie stars, which stands as a euphemism not to offend either of the former WWE stars.

His attitude toward the subject is similar to that of other indie filmmakers, indie writers, or indie musicians; not that Bautista is an indie actor, but his heart and attitude appear similar. It’s hard to understand, but when someone truly loves what they do, then the money, fame, and everything else don’t matter– they simply want to be their best.