Oh hell yea! If Farming Simulator 14 didn’t get your blood pumping like you thought it would, its sequel might. That’s right, Farming Simulator 15 will have online multiplayer according to a press release from Focus Home Interactive.

In this game players can manage a farm. That includes harvesting, taking care of livestock using giant badass farm equipment and new to the series cutting wood. While that all sounds like a blast on your own, online multiplayer allows gamers to play cooperatively with friends for the first time in the series. In this mode, players can share large tasks with friends to help finish them faster. It’s an interesting take for the series but, it’s kind of a shame that there’s no competitive mode. It would probably make the game ridiculous, but in a meta way that would make this pretty fun. But, I can see why co-operative play could be a fun idea.

If you can’t wait to play Farming Simulator 15 you’ll have to wait until May 19. You can play it on the Nintendo 3DS, Vita, mobile devices PC, Mac, PlayStation 4, Xbox One, PlayStation 3, and Xbox 360. 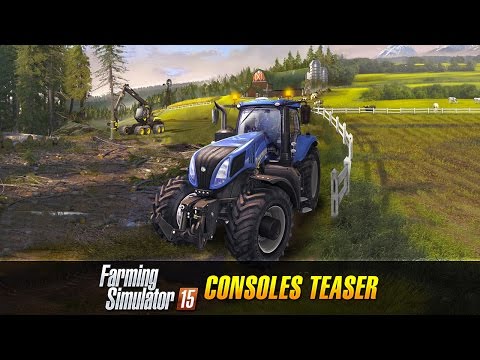