Let me be frank: Gal*Gun is a pretty weird game. Developed by Bloodstained: Ritual of the Night studio Inti Creates, the series puts the player in the role of a high school boy being chased after by lovesick girls. In order to prevent himself from being overwhelmed by their unyielding affection, he’s forced to shoot pheromones at them, paralyzing them with lust. The first game piqued a lot of interest in the West, but was never officially released. Yet Gal*Gun’s second title, Gal*Gun: Double Peace, came to North America on August 2nd for PlayStation 4 and Vita. And now the quirky shooter is looking at a worldwide release for PC on September 27th, 2016.

“You asked for it. You got it!” the trailer says. “Prepare your bodies!” Personally, I’m not quite sure if I asked for this, but I guess it’s coming to Steam whether I wanted it to or not. Rice Digital confirms that there’s Steam Trading Cards too, if you’re into that. 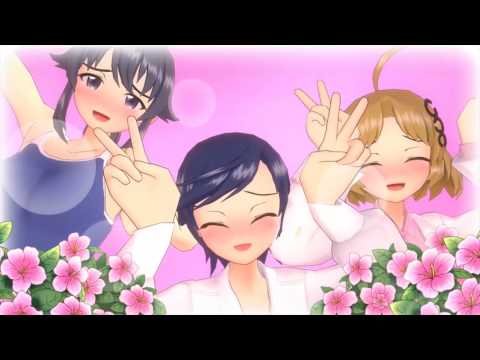 With Gal*Gun: Double Peace already available on PS4 and Vita, the announcement follows mixed reviews from critics, with some praising the game’s unique take on the rail shooter and others criticizing the gameplay’s touchy controls and short length. Still, Double Peace‘s story features a variety of branching narrative structures that make for an interesting plot beyond the title’s rail shooting mechanics. Not to mention, Gal*Gun’s fanservice has been reworked, too: A new plot element leaves many of the girls behaving more aggressive than ever. Whew lad.

As the game’s official trailer reveals, there’s quite a bit of fanservice throughout the game. Actually, most of the game. This is basically a fanservice game, after all: The original release received an ESRB rating of M for “sexual themes.”

If you want to get a first-hand look yourself, then keep an eye out for when the game launches on September 27nd. No news yet on system requirements or any other Steam goodies, but for now, feel free to check out the official website as the end of the month draws closer.